Kangana Ranaut often becomes the topic of discussion on social media for her bold statements on anything and everything happening across the globe. She doesn’t mince her words and looks like, the netizens too have started speaking what they feel like about her. The actress is loved by millions for her acting skills and adored for her relationship with her family, however, of late, a section of society is upset with her for everything she does! And this time, they trolled her for visiting Golden Temple with her nephew, Prithvi Raj Chandel and her sister, Rangoli Chandel.

It was on November 14, 2017, when Kangana Ranaut’s sister, Rangoli Chandel had given birth to a baby boy, whom they have named Prithvi Raj Chandel. Kangana was the happiest when she became a maasi and loves to pamper her little one. Prithvi has become her heartbeat and she leaves no stone unturned to shower the little one with love. When Prithvi had turned three on November 15, 2020, Kangana had shared three super-adorable pictures of the little one and had tweeted, “My little man turned 3 today, blessings to my kiddie.”

You May Also Like: Sunny Deol And Dimple Kapadia's Rumoured Extra-Marital Affair Is Not Over Even After Almost 40 Years It was a few days back that Kangana, after testing negative for COVID-19 had gone back to her hometown in Himachal Pradesh. The actress now visited Golden Temple for the first time with her sister, Rangoli Chandel and nephew, Prithvi. The actress shared pictures from her visit and talked about divine feeling. She wrote, “Today I visited Sri Harmandir Sahib Golden temple, even though I grew up in north and almost everyone in my family has already visited the temple many times only for me it was first time.... speechless and stunned with Golden temple’s beauty and divinity...”

Also Read: 4 Luxurious And Jaw-Dropping Homes Owned By The Rich And The Famous Celebrities Of Bollywood 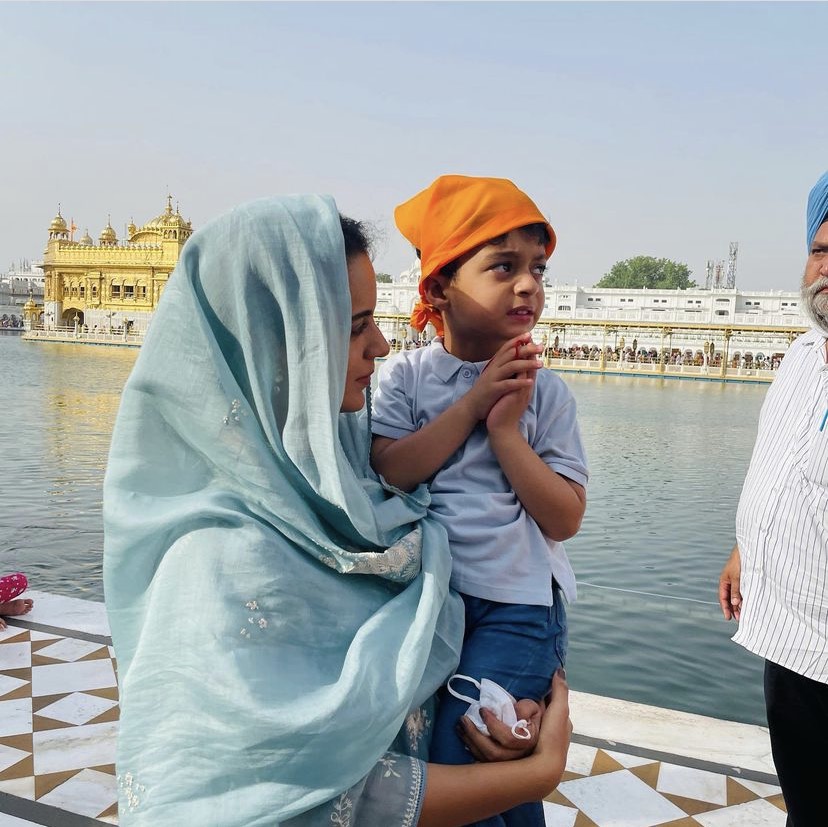 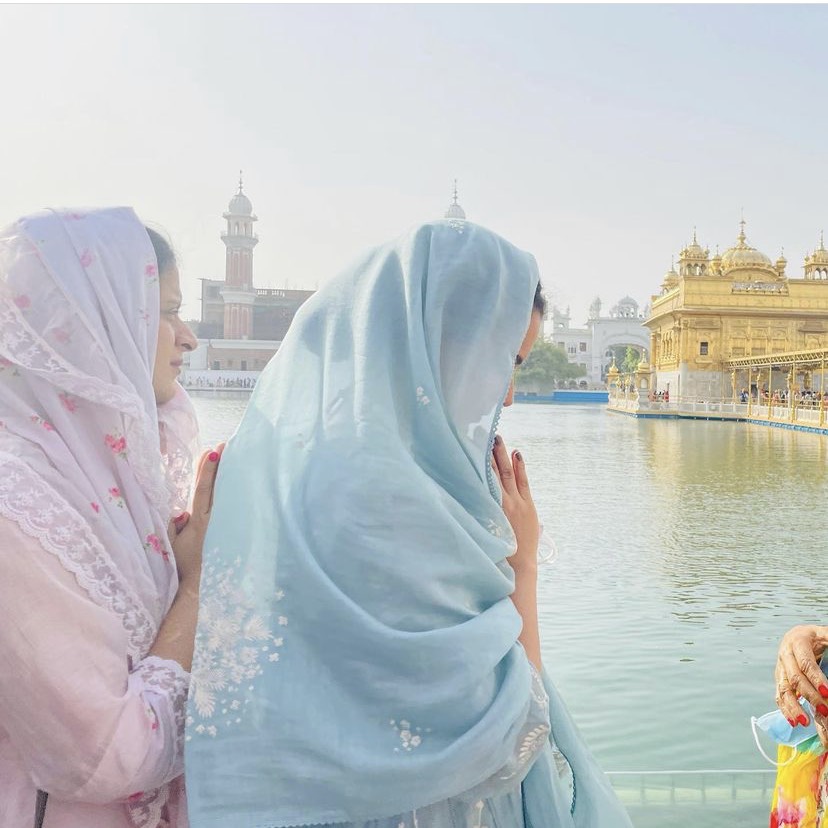 Well, Kangana’s visit to the Golden Temple with her nephew, Prithvi offended people for many reasons. While some trolled her for not wearing a mask, some questioned her for visiting the temple during the COVID scare. Some also questioned her stance of visiting the sacred place after calling Sikhs, Khalistani and called it a PR strategy. While one user wrote, “Why during a lockdown?” another one commented, “After calling them Terrorists and Khalistanis, u r good doing damage control now. but Hoping this will change your perspective. Or is it only PR like Modi's visit to the gurudwaras???” Check out!

If we talk about Kangana’s bond with her nephew, Prithvi, then, since the very first moment we had seen her picture with her bhanja, Prithvi, they had become our favourite maasi-bhanja jodi. When Kangana had resumed shooting in November 2020, she had left for Hyderabad to shoot for her upcoming film, Thalaivi. It was difficult for her little nephew, Prithvi Raj Chandel to let his maasi go after spending so many months with her. Recalling how Prithvi had asked her not to go, Kangana had posted a picture with her nephew and had written, “When we left for the shoot, he said don’t go, I insisted I need to work, he looked thoughtful and immediately sat in my lap and said smilingly....ok you go but let me sit with you for two mins.... still get tears thinking about his face.”

Recommended Read: The Alleged Love Affairs Of Kangana Ranaut That Lead To Controversies Since the birth of Prithvi Raj Chandel, Kangana Ranaut has been the little one's go-to person, his friend, mentor, guide, teacher and his official babysitter. Rangoli Chandel often takes to her IG handle to post pictures and videos of the maasi-nephew duo. A few months ago, Rangoli had posted a video of Kangana giving music lessons to little Prithvi but he was in a grumpy mood. Rangoli had captioned the video as "Throwback to a grumpy day when Prithvi wanted music lessons from maasi but in no mood to click pics #memories #family."

Do you think Kangana’s decision to visit Golden Temple with her nephew and sister during these testing times was right?

NEXT READ: Kangana Ranaut Net Worth: From Luxury Bungalows, Clothing Line, To Her Elite Collection Of Supercars