Kangana Ranaut is known for her spectacular performances. In an interview, Kangana opened up about her struggles during sister, Rangoli Chandel's acid attack treatment.

They are there throughout our lives and are often being tagged as our only constant; sisters are the best part of our life. From being our confidant to taking a stand for us, sisters can even read the unsaid emotions in our eyes. One such sister is Bollywood's Queen, Kangana Ranaut, who shares a very warm bond with her sister, Rangoli Chandel and stands like a pillar of strength with her. Rangoli, on the other hand, can wage war against anyone for her doting sister, Kangana. (Also Read: Kamya Panjabi Shares The First Full Look Of Her Wedding Card, All Set For Her New Beginning)

In the world of glamour where even the most renowned names have to prove themselves at every juncture, Kangana Ranaut is a perfect exemplar of breaking stereotypes. She is known for calling a spade a spade and is often known for her bold statements. She had raised many eyebrows when she had called Karan Johar, a movie mafia and had talked about nepotism in Bollywood on his chat show, Koffee With Karan. Often known for being blunt, Kangana has worked really hard to attain a name for herself in the glamour world. Known for her versatile choices of films, Kangana has given her blood and sweat to be on the list of top actors of Bollywood. 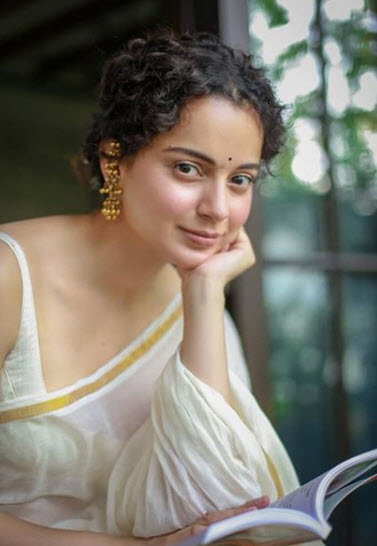 Kangana has created a name for herself with her breakthrough performances and incredible acting skills. In an interview with the Mumbai Mirror, the Tanu Weds Manu actress has opened up about taking below-average films during the initial stages of her life for her sister, Rangoli Chandel’s treatment after her acid attack. Speaking about the struggling phase, Kangana revealed that she did below-average films and guest appearances to bring in the best surgeons on board for her sister, Rangoli, who had undergone 54 surgeries after the attack. She further stated that her struggling period has made her the strong woman she is. 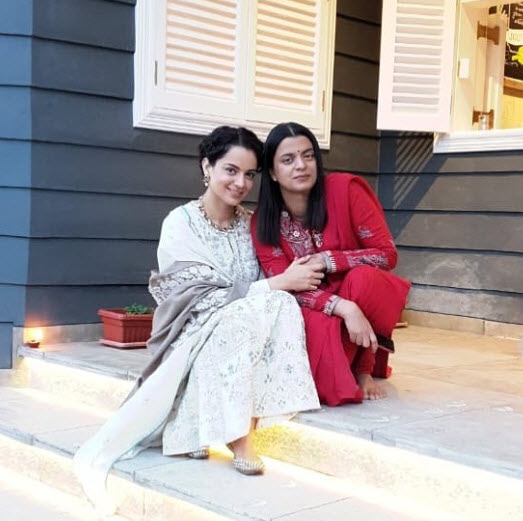 In an interview with the Bombay Times, Kangana opened up about how her family was never supportive of her when she was struggling through her initial days in Bollywood. Talking about the same she said, “I have seen both sides. I have also seen how miserable your life can be without your family. Initially, when I started out, my family did not support me and that was probably the worst phase of my life. Even though at that age I must have felt… to hell with them, over time, I realised that there are only those many people in the world who will be there with you all along.” (Also Read: Erica Fernandes Blushing As She Receives Her 'Favourite Notification' Is Every Girl's Reaction Ever)

On March 23, 2019, Kangana Ranaut had ringed in her 32nd birthday and her sister, Rangoli Chandel had flipped through the old family pictures and had posted a throwback picture of baby Kangana. She had taken to her official Instagram handle and had wished Kangana by writing, “Her soul is made up of wild flowers, that’s why she chose the month of spring, when the earth laughs in bloom!! Happy Birthday to my adorable sister!! Love u a lot #Springbaby #KanganaRanaut.” Kangana, once in an interview with the Telegraph had talked about her siblings and had said, “Haan. jo kahin ke bhi nahin hote hai! (Laughs) My sister (Rangoli) and brother (Akshat) have a lot of childhood pictures, but I hardly have any. I have to look for my pictures as a kid in some relatives’ wedding album or something…. When I was born, it was like, ‘Achha, chalo.’"

In an interview with The Telegraph, Kangana Ranaut had talked about her childhood and had said, "What a Bengali family can’t even think of, my family was like that! (Laughs) Back home in the mountains (Kangana hails from Bhambla in Himachal Pradesh), we had no connection with music and dance was considered vulgar. Studying arts was for students who couldn’t make it to medical entrance… the 30 per cent types. Jo kuch nahin karte hai woh arts karte hai! (Laughs) Films weren’t considered good. In Himachal, we had very few theatres and people who went there were considered to be shady, and girls could definitely not go." 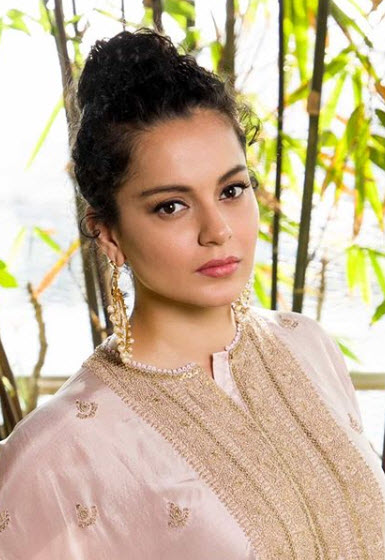 In the same interview, Kangana had also talked about the disparity she had faced with her brother. Talking about how her brother enjoyed special privileges, she had stated, “I was told there were different rules for me and different rules for my brother, and I found myself constantly rebelling against that. I was born with a very strong sense of being a life on my own. I always questioned this difference. People would constantly root me into physicality. Like when I would wear jeans, my grandmom would keep telling me, ‘Look at your hips! With those hips, you shouldn’t be wearing jeans anymore!’ I didn’t understand these things. There was also a sense of not belonging there. When my house was being renovated, there was a room for my brother, but none for me. My parents were certain that they would get me married and I would leave soon. So, there was a constant feeling of insecurity.”  (Also Read: Birthday Boy Sushant Singh Rajput Receives A Lovely Wish From Rumoured Lady Love, Rhea Chakraborty)

Well, Kangana is not only a strong woman with opinions but is also an ideal sister. What do you think? Keep us posted. Bollywood actress, Kangana Ranaut made her parents super proud by winning the National Film Award for the best actress. The gorgeousness has been proving her acting prowess ever since she had stepped into Bollywood. Every year, Kangana leaves her fans in awe by showing off her new expertise. And now,