Kamya Punjabi has found her love in Shalabh Dang. The couple recently celebrated the birthday of their children in Dubai. Let's scroll down to read more. 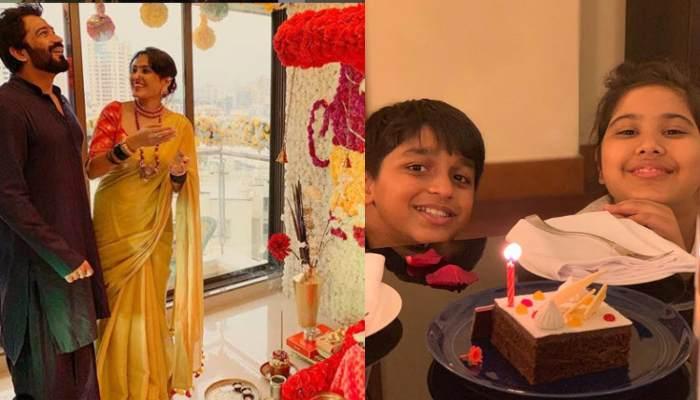 Some find love in one while others crave for love in many. It is not always possible to find your Mr Perfect but it is not impossible also. Kamya Punjabi is one such actress who has not been very lucky in the matters of the heart. She is very successful on the professional front but her personal life is rather complicated. With one failed marriage and a broken heart, Kamya’s personal life has always been in the limelight and for all the wrong reasons. (Also Read: Are Rumoured Couple, Rhea Chakraborty And Sushant Singh Rajput Vacationing Together In Paris?)

Kamya Punjabi has always been in the news for her disturbed personal life. Kamya was earlier married to Bunty Negi, with whom she has a daughter but the duo had gotten divorced in 2013. After her divorce, the actress was in a serious relationship with actor, Karan Patel and dated him for two years. In 2018, the Kehta Hai Dil actress, Kamya was rumoured to be dating Bigg Boss 10 winner, Manveer Gurjar. Although the actress always maintained that Manveer is a good friend of hers. 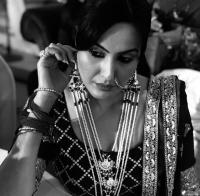 After a series of failed relationships, Kamya has finally found solace in the arms of Delhi-based healthcare professional Shalabh Dang. Kamya, with a failed marriage and a broken relationship, has finally got her Mr Right and is planning to give marriage a second chance. The couple is spending time with each other in Dubai. Kamya’s daughter, Aara and Shalabh’s son, Ishan are Librans and celebrate their birthdays on October 6 and October 9 respectively. On this occasion, both Kamya and Shalabh are celebrating the birthdays of their kids in Dubai while spending time with each other. 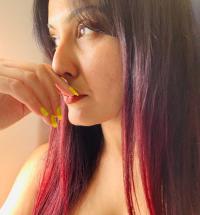 While celebrating the birthdays of their kids, Shalabh took to his Instagram handle and shared pictures of the two munchkins cutting the cake. With the picture, Shalabh wrote, "Birthday well celebrated of both Aara and Ishan @panjabikamya." Take a look at the picture: 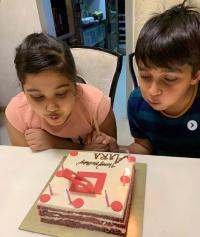 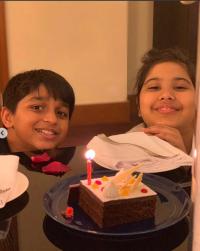 Shalabh and Kamya rarely get any quality time with each other due to their work commitments. Making the birthday celebration a reason, the much-in-love couple decided to take some time out for each other. A couple of days ago, Shalabh had posted an adorable picture of the two wherein they were seen twinning in colour-coordinated clothes. Along with the picture, he had written, "We can’t look at each other without smiling. I love the beautiful ways you touch my life, thank you for coming into my life @panjabikamya." 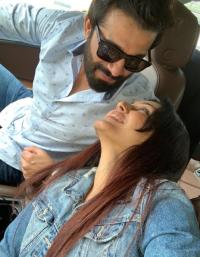 Kamya’s daughter, Aara, from her previous marriage, completely adores Shalabh and shares a great rapport with him. Talking about the same, Kamya had said, "I reach out to Shalabh when Aara gets stubborn because she listens to him. It’s such a relief to see them bond so well. I am also extremely fond of Ishan and we get along like a house on fire." (Also Read: Priyanka Chopra Jonas Reveals Her Plans To Start A Family, Says She Can't Wait To Have A Child) 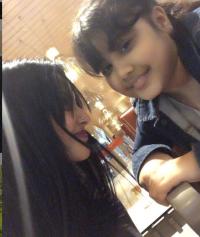 In a recent interview with the Bombay Times, Kamya had talked about her marriage plans and had stated, “I will be a married woman by this time next year (laughs!). I contacted Shalabh in February after a friend told me to consult him about some health woes that I was facing. We got chatting and in a-month-and-a-half, he proposed marriage.” 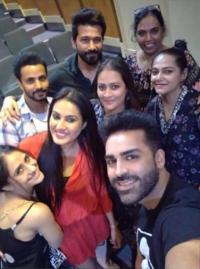 Kamya had earlier spoken about her decision of not marrying again and being ‘shaadi ke khilaaf’. Discussing about changing her thoughts on marriage, she had shared, “Tying the knot again was a huge deal for me and hence, I took my time to think about it. Following a failed marriage and a few heartbreaks, I had almost turned averse to the idea of tying the knot and falling in love. In fact, there came a point when main shaadi ke khilaaf ho gayi thi. But Shalabh has made me believe in love and the institution of marriage again. I am like a 16-year-old girl now, madly in love with him.” 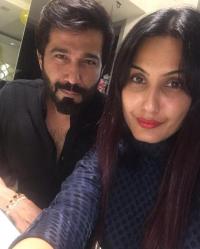 Kamya Punjabi had revealed the qualities she adores in Shalabh and had stated, “Some men find it difficult to handle strong women, but that’s what Shalabh loves about me — my devil-may-care attitude and the fact that I don’t fear taking a stand. I am short-tempered and he is extremely patient with me. He has a calming effect on me. Shalabh also understands my work and responsibility towards my family. I have been the man of the house for years. He supports me and loves me for what I am. I want to spend the rest of my life with him. He makes me feel emotionally secure and this is something I have never felt before.” (Also Read: Akanksha Puri Reacted On Beau, Paras Chhabra's Claim Of Trying To End Their Relationship Many Times) 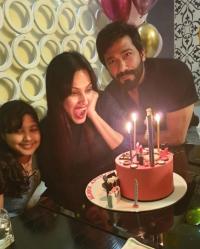 We wish Kamya, a life filled with happiness. 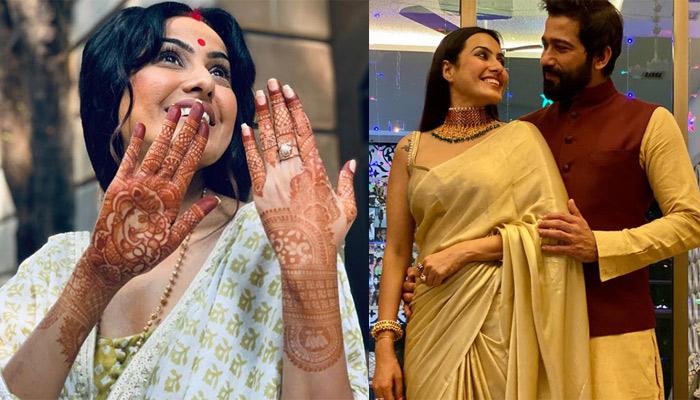 A wedding is all about getting a lot of gifts, undivided attention and pampering from everyone around you and it becomes one of the most memorable days of a couple’s life. Falling in love with your special someone and lying under the open sky and gazing at the sky filled with stars