On May 3, 2020, Kajol took to her Twitter handle to conduct an ‘Ask Me Anything’ session with her fans and ended up revealing the cooking tales of Devgan house. Read on to know more! 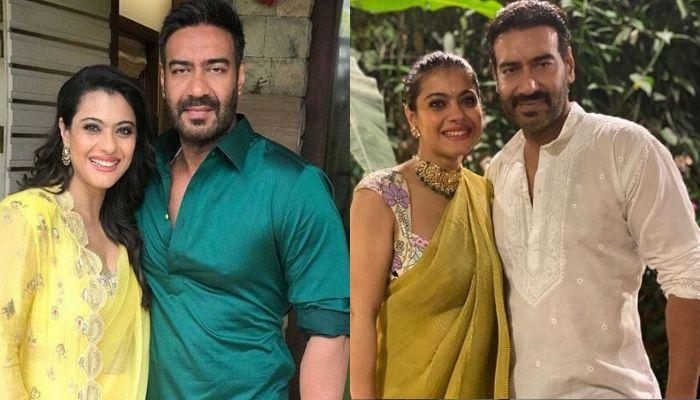 If you are good in physics or even if not, you would have still known the law that opposites attract. While, at first it was just a physics law for us, who knew, a lot of us will start applying it in our personal life as well. Every time two completely different people start a relationship, the most justifiable answer they have for their relationship is not 'love', it is ‘you know opposites attract’. Nobody cares to understand the logic behind it. It is most probably because the two opposite people bring in a balance and many new aspects and adventures into each other’s life, thus always having lots of things to look around. This could be a possible reason that such relationship feels alive and fresh to the people involved as they have many new things to go for. (Also Read: Riddhima Kapoor Posts Throwback Family Picture With Rishi Kapoor, Bharat Shares Photo From Banganga)

Kajol and Ajay Devgn are the best example of opposites attract. While Kajol is a bubbly, talkative creature, Ajay is more of a serious, philosophical man, yet the two have been living a 'happily ever after' since the day they became husband and wife. On February 24, 1999, Kajol and Ajay had tied the knot, leaving people thinking that their marriage won’t work, but the two have proved everyone wrong with their strong bond. The couple is blessed with two kids- the beautiful daughter, Nysa and the mischievous son, Yug.

On May 3, 2020, Kajol conducted an ‘Ask Me Anything’ session on Twitter for her fans. She tweeted, “Who else is bored of interacting with the exact same amount of people everyday? let’s make this lockdown interesting for all of us. Use the #AskKajol and shoot your questions! I’ll try to answer as many as I can.” The actress was bombarded with the questions of all likes, and she answered all the questions in her typical fun manner. But the question on the cooking tales in Devgan house entertained us the most. A fan asked Kajol, “How many times has Ajay Devgn cooked for you during this lockdown?” To which, she disappointingly replied, “I keep telling Ajay to cook for me but so far he hasn’t been inspired to go into the kitchen!” Take a look at it below:

A fan also asked Kajol if she is cooking these days as the entire nation is under lockdown and what does the family do the whole day for time pass. To which, Kajol replied “Reiterating I don’t cook ! But I do like to eat. Just spend time doing things that u love and work out every day.” Have a look:

Kajol and Ajay make us believe that it is nok jhok between pati-patni that plays a major role in keeping a relationship alive. In a 2019 interview with the Filmfare, Ajay was asked one thing which irritates him about Kajol and if he would like to change anything about her. The adorable hubby had replied, “She talks too much on the set. Whenever you tell her to concentrate, she’d probably be doing something else. I do keep complaining about her talking too much but when she’s quiet I keep asking her what’s wrong. So, I don’t want to change anything.” (Recommended Read: Yuvika and Prince Confirm Breaking All The Ties With Rashami Desai's Ex Beau, Arhaan Khan, Know Why)

On January 9, 2020, in an interview with Humans Of Bombay, Kajol had talked about her love story in detail. Sharing her first meeting with Ajay, she had said, "We met 25 years ago, on the sets of Hulchul–I was ready for the shot & asked, ‘Where’s my hero?’ Someone pointed him out–he was broodily sitting in a corner. So 10 minutes before I met him, I bitched about him! We began talking on set & became friends. I was dating someone at the time & so was he–I’ve even complained about my then-boyfriend to him! Soon, we both broke up with our significant others. Neither of us proposed–it was understood that we were to be together. It went from hand-holding to a lot more before we knew it! We used to go for dinners & so many drives–he lived in Juhu & I, in South Bombay, so half our relationship was in the car! My friends warned me about him–he had quite a reputation. But he was different from me–that’s all I knew." (Don't Miss: AbRam Khan Dances And Jams With Father, Shah Rukh Khan, Little Wonder Later Says, 'Papa Enough Now')

Have you tried cooking during the lockdown? Let us know!