Sisters grow up to become each other's best friend and an exactly similar relationship is shared between Kajol Devgan and Tanishaa Mukerji. Scroll down to see their adorable picture! 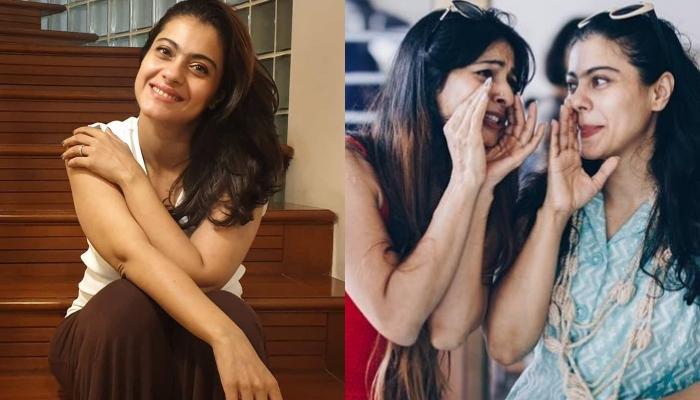 No matter how old we get, but within seconds our siblings can know what we are feeling. After all, they have grown up with us and they know all our mood swings. From sharing each other's secrets to celebrating each other's birthday, siblings have been an important part of childhood. And an exactly similar relationship is shared between Bollywood actress, Kajol Devgan and her sister, Tanishaa Mukerji. The sister duo have always supported each other in all their life's decision. They share a beautiful bond and it often gets visible on their Instagram feeds. (Recommend Read: Sara Ali Khan Looked Like A Cotton Ball In An Adorable Throwback Picture With Mommy, Amrita Singh)

Kajol and Tanisha often share special posts for each other on their Instagram feeds. On Kajol's birthday, Tanishaa had written a cute note that could be read as "Happy birthday my darling sis! Here’s to too many mad fun moments. You’ve been my biggest teacher and I love you for it! Have the best year baby." 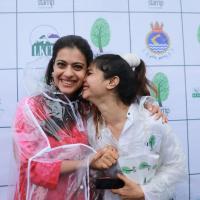 On March 3, 2020, Tanishaa celebrated her 42nd birthday and her sister, Kajol shared a twinning picture with her from the '90s. Along with it, she wrote, "Hey you..... Happy happy birthday you sweet girl. Wish you the world." In the throwback picture, we can see Kajol and Tanishaa striking a similar pose as they wore denim dungarees. Check out the picture below: 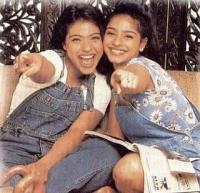 Coming to Kajol and Tanishaa bond, the sisters have also supported each other. In an interview with India Forum, Kajol had talked about her sister, Tanishaa's Bigg Boss experience and had said, "I was just glad she was back. The first thing we said was, Shit! You've starved yourself! Issko koi paratha khilao' She came back half her size, looking so frail. (Laughs) To which she shrieked, Please no more parathas!'" She had further added, "I was okay with it. She knew what she was signing up for. Whoever saw her thought she conducted herself with grace and dignity. She's come out with flying colours. As far as I am concerned she won." (Also Read: Sidharth Shukla's Hilarious Reply To Fans Asking Him About His Marriage Plans, Says 'I'm Not Sheila') 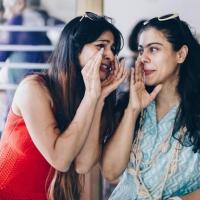 In another interview with The Times of India, Tanishaa had shared that she and Kajol are two different personalities. They can never be the same. She was quoted as saying, "I can never act like Kajol or laugh like her. I have an identity of my own." 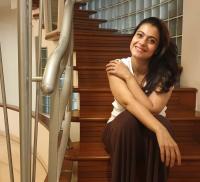 In another interview with Eastern Eye, Kajol had talked about her childhood and said, "I was raised in a pure female household where there had been no male at all. There was my mother, my mother’s mother, and my mother’s mother’s mother who used to take care of me. And there was my younger sister. Even my maternal uncle had two daughters. So, there was not much of a male influence, I would say. But in my house, there are a lot of males. There is my husband. There is my father-in-law. There is an equal balance, I would say. So, the situation is very different today. But again, I hope and pray that I can teach my children the same things that my mother taught me. I try to teach my kids by practising what I preach." (Don't Miss: Irrfan Khan Reveals How Wife, Sutapa Sikdar Fulfils His Sweet Cravings In Healthy Way As He's Unwell)