As an anniversary post, Kajol Devgan posted a picture of herself, posing on the staircase as her hubby, Ajay Devgn clicked the photo. Scroll to know their hilarious conversation behind it.

Love it or hate it, but you definitely can’t ignore it! Be it an outing, get-together, party or a casual meet, it all begins with, ‘But first, let me take a selfie!’ Every millennial believes that either it’s pictures or it didn't happen. Be it the getting ready selfie, the sunkissed one, the mirror click, no makeup shot or the group-fie, if it doesn’t get posted on Insta, it didn’t happen! And the love for selfies and pictures is no different for the unconventional B-town beauty, Kajol Devgan. (Also Read: Aly Goni's Rumoured Girlfriend, Jasmin Bhasin Wishes Him On His 29th Birthday With A Cute Picture)

It was on Koffee With Karan 6, when Ajay Devgn proved the phrase ‘opposite attract’ just right for him and his better-half, Kajol Devgan. In one of the many instances that they had shared on the couch, the one with Kajol’s obsession with clicking pictures and Ajay teasing her for putting extra efforts to post it on social media is what makes us go ROFL even today. Teasing Kajol, Ajay had said, “The problem is not clicking the picture. Problem is, three hours they are only correcting the picture so that they can post it. She’s never done this in her life, budhaape me aake I don’t know why.” To which, Kajol had quickly interrupted, “Tumhara budhaapa hoga, mera toh nahi hai!”

Giving another instance of their photo-clicking moment, Kajol Devgan proved how she and Ajay Devgn are like every husband and wife ever. Amidst the mushy social media PDAs of B-town celeb couples, Ajay’s sarcasm and Kajol’s witty comebacks makes their Instagram banter an interesting one. As an anniversary post, Kajol posted a picture of herself, posing on the staircase as her hubby, Ajay clicked the photo. Revealing the story behind it, Kajol wrote, "Me: Baby let's take a selfie na. Hubby: Go sit there I will take it. Me: Selfie means both of us together and someone in the pic clicks it. His answer" followed by an upward finger pointing emoji. Responding with an explanation, Ajay reposted the same picture and captioned it, "My version of the selfie is usually myself behind the camera." 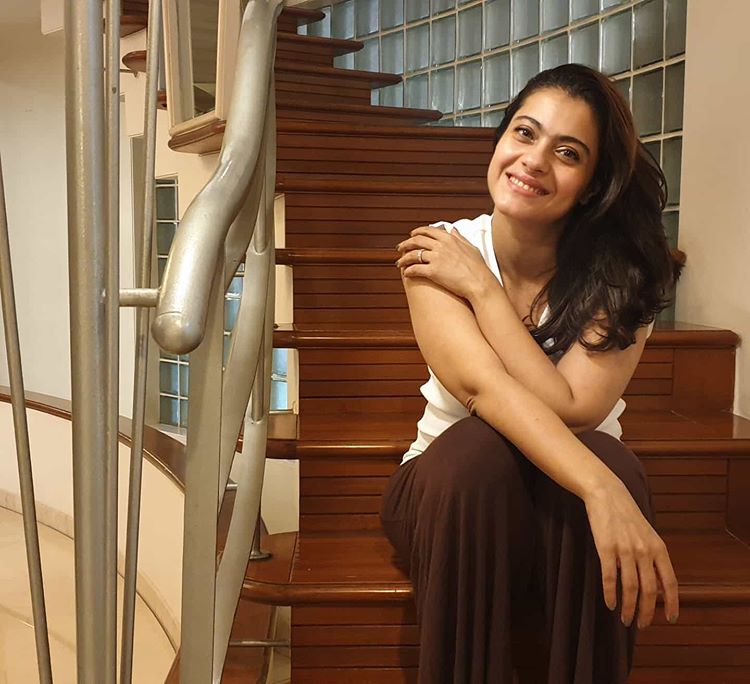 In an interview with the Humans Of Bombay, Kajol had revealed her reaction when she saw Ajay Devgn for the first time on the sets of their 1995 film, Hulchul. She had recalled, "We met 25 years ago, on the sets of Hulchul–I was ready for the shot & asked, ‘Where’s my hero?’ Someone pointed him out–he was broodily sitting in a corner. So, 10 minutes before I met him, I bitched about him! We began talking on set & became friends. I was dating someone at the time & so was he–I’ve even complained about my then-boyfriend to him! Soon, we both broke up with our significant others. Neither of us proposed–it was understood that we were to be together. It went from hand-holding to a lot more before we knew it! We used to go for dinners & so many drives–he lived in Juhu & I, in South Bombay, so half our relationship was in the car! My friends warned me about him–he had quite a reputation. But he was different from me–that’s all I knew." (Also Read: Shahid Kapoor Celebrates His 39th Birthday With Mira Rajput Kapoor And Pankaj Kapur In Chandigarh) 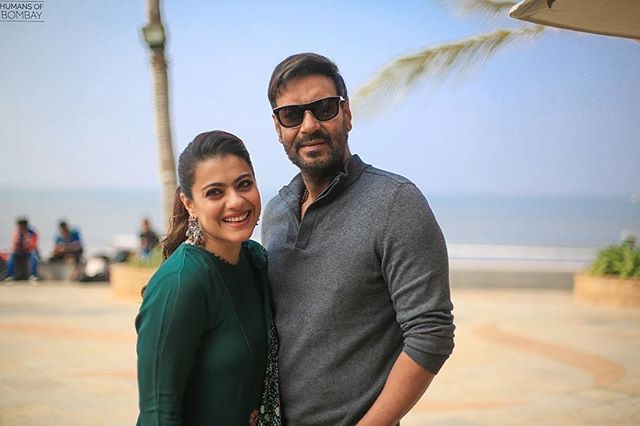 Just how her friends warned her for dating Ajay Devgan, Kajol’s father was too, sceptical about her decision of marrying him. Kajol had stated, “We'd been dating for 4 years, when we decided to get married. His parents were on board, but my dad didn't talk to me for 4 days. He wanted me to focus on my career, but I was firm and he eventually came around. Again, there was no proposal–we just knew we wanted to spend our lives together." 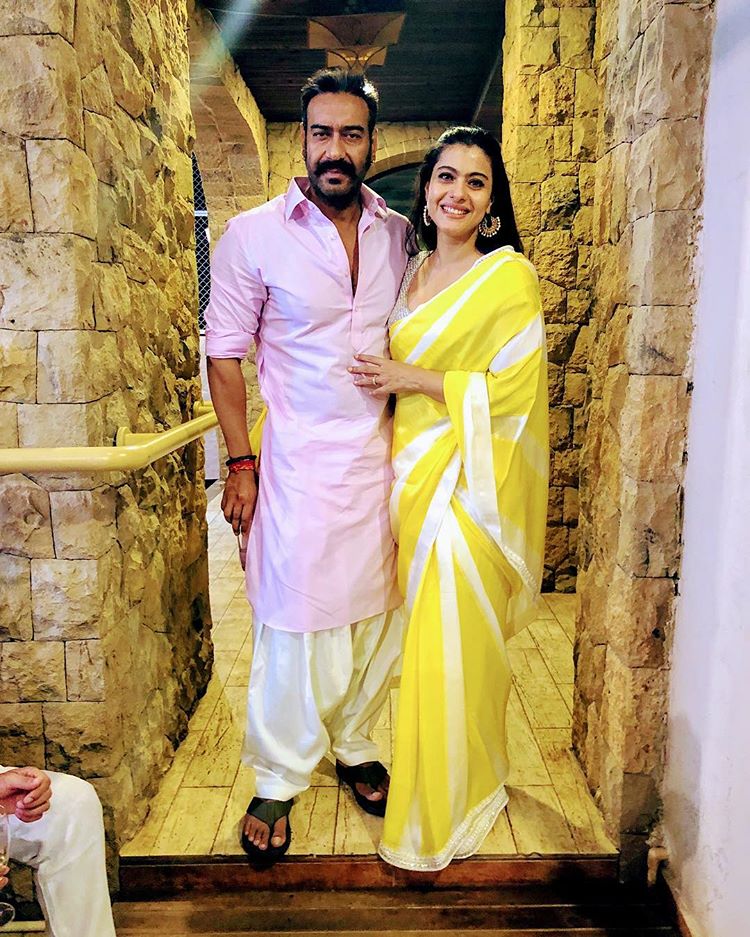 On their wedding day i.e., February 24, 1999, Ajay Devgan had bribed the pandit to hurry up with the mantras. Kajol had revealed, "We got married at home & gave the media the wrong venue–we wanted it to be our day. We had a Punjabi ceremony & a Marathi one! I remember, during the pheras Ajay was desperately trying to get the pandit to hurry up & even tried to bribe him!" Sharing an anecdote from their honeymoon, Kajol had remarked, “I wanted a long honeymoon–so we travelled to Sydney, Hawaii, Los Angeles… But 5 weeks into it, he fell sick & said, ‘Baby, book me on the next flight home!’ We were supposed to do Egypt, but we cut it short.” Speaking about her two miscarriages and how they completed their family with Nysa and Yug, Kajol had concluded, “Over time, we began planning to have kids. I was pregnant during K3G, but had a miscarriage. I was in the hospital that day–the film had done so well, but it wasn’t a happy time. I had another miscarriage after that–it was tough. But eventually it worked out–we had Nysa & Yug & our family’s complete. We’ve been through so much–we’ve formed our own company, Ajay’s on his 100th film & every day we’re building something new. Life with him is content–we’re not too romantic or anything–we care for each other. If I’m thinking idiotic things, it’ll come out of my mouth without a filter & vice versa. Like right now I’m thinking that he owes me a trip to Egypt!” (Also Read: Shahid Kapoor And Wife, Mira Rajput Kapoor's Combined Net Worth, Own A Sea-Facing Duplex Worth 56 Cr) 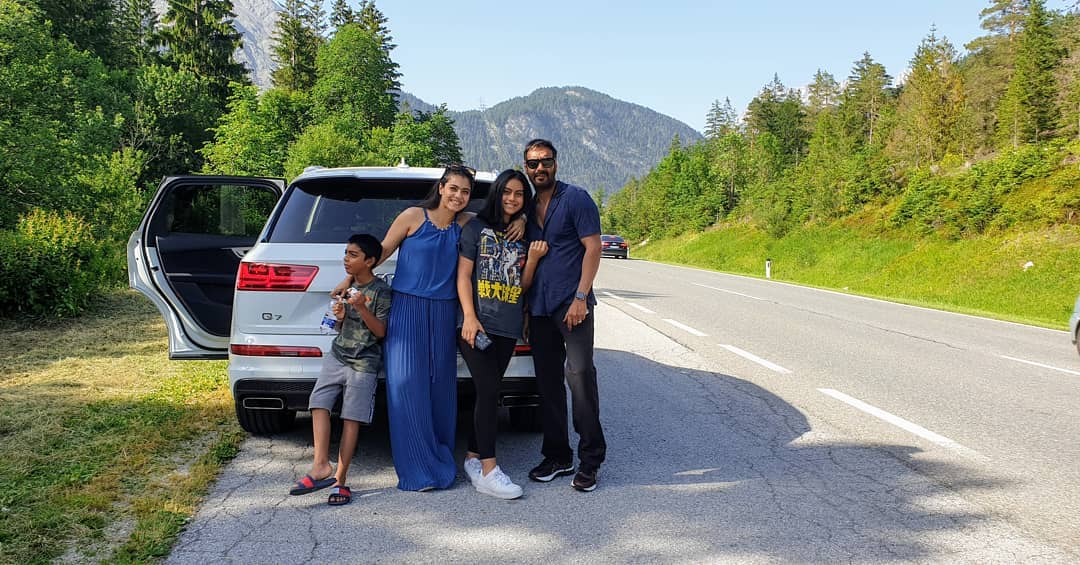 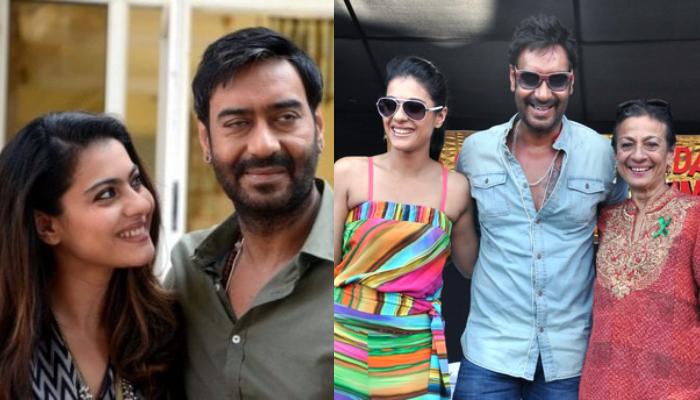 Veteran actress, Tanuja is one of the leading ladies of the late '60s and '70s and is the sister of iconic actress, late Nutan. The actress is the daughter of another famous actress from the early days of talkie cinemas named Shobhna Samarth. With films like Memdidi, Chand Aur Suraj, Mera