'Singham' Fame, Kajal Aggarwal Might Be Secretly Engaged To A Businessman, All Set For Wedding

'Singham' Fame, Kajal Aggarwal Might Be Secretly Engaged To A Businessman, All Set For Wedding

According to a recent report the 'Singham' actress, Kajal Aggarwal is secretly engaged. The report also claims Kajal and her mystery man are all set to tie the knot soon.

The galmour world is always buzzing with a lot of of gossips and rumours about celebrities and their personal lives, no matter how hard they try to keep it under wraps. And the actress who is currently on the radar of these gossip churning mills in south superstar, the very beautiful, Kajal Aggarwal, as the rumours are pouring in about her secret engagement! Yes, you read that right. Dive in for further details! (Recommended Read: Kareena Kapoor Khan After Announcing Pregnancy Says Hubby, Saif Ali Khan Has Become More Emotional)

According to a recent report in Filmibeat, the Singham actress, Kajal Aggarwal is secretly engaged. The report also claims Kajal and her mystery man are all set to tie the knot soon. If rumours are to be believed, it was an arranged marriage setup as Kajal had always wanted to marry someone from outside the film industry. Scroll down to know the gory details! The reports flashed in Filmibeat stress that Kajal Aggarwal recently got engaged to a businessman named Gautham and we'll be hearing wedding bells soon. It was also mentioned that Kajol's good friend and actor Sreenivas Bellamkonda was among the few ones who were present at the actress' secret engagement ceremony. However, there has been no official acknowledgement on the same. Interestingly, the portal further claims that Kajal might soon make an official announcement on her social media. Well, we're impatiently waiting for the same! 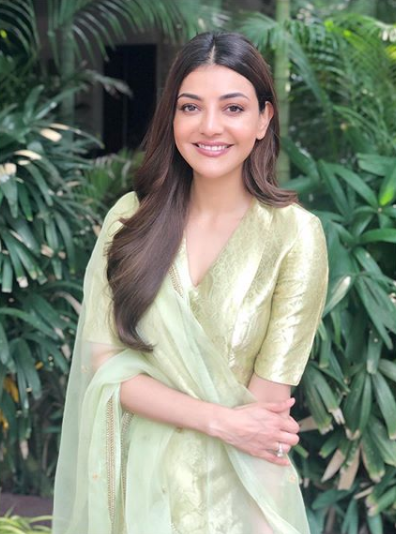 It was in the year 2019 that Kajal had expressed her desires to marry someone outside of the film industry. On Laxmi Manchu's chat show Feet Up With The Stars Telugu, Kajal had revealed that she's planning to settle in the year 2020. Talking about the man of her dreams and the qualities she would want in him, the actress had said, "Quite a lot of things, but most importantly he should be possessive, caring and spiritual." Earlier, there were strong speculations around Kajal being in a live-in relationship with actor Ram Pothineni. But on the first episode of Zee Telugu's show Konchen Touch Lo Vunte Chebutaanu (KTVC Uncut), she had rubbished those reports and had said, "It was real comedy since I didn't even get to meet to him formally." (Also Read: Mohena Kumari Singh Wishes Her 'Blessing' Suyesh Rawat On His Birthday With Monochrome Wedding Photo) In another interview with a media portal, Kajal Aggarwal had revealed that she had two serious relationships at different points in her life. But none of them had made it and had ended on a sad note. Talking about the reason for break-ups, Kajal had said they 'did not have the time'. Elaborating on the same, she had said, "I have had two serious relationships in my life so far, one before I became an actress and one after and both were with people outside the industry. The last relationship did not work out as you need to give a relationship some time and be physically present and that was not possible as I did not have the time." She had also quipped, "The only time I have cried in my life was due to boyfriend problems. In fact, when I need to do an emotional scene I have to try really hard as I have no reference to think of in my real life." Did you know that there were also conjectures of Kajal Aggarwal and Randeep Hooda dating after they had come together for the film, Do Lafzon Ki Kahani? Those were the time when the lanes of Bollywood were buzzing with reports of Kajal Aggarwal and Randeep Hooda allegedly having taken time off their movie promotions to spend some quality time with each other at a farmhouse in Pune. Even crew members had claimed that during the shoot the actors had often ended up sharing their hotel rooms. (Don't Miss: Samantha Akkineni And Naga Chaitanya Look Lovely In An Unseen Picture From Rana Daggubati's Wedding)