Kajal Aggarwal is enjoying every moment of her married life with Gautam Kitchlu. In an interview, Kajal revealed the condition she laid before tying the knot with Gautam. 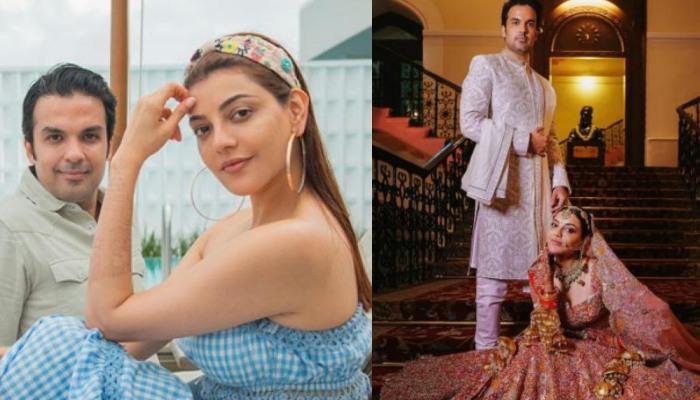 Every girl dream about her wedding day and plans it from her childhood. From the décor to fun-filled themes and rituals, she plans every tiny detail of her most important day. And it has to be like that as it happens once and is cherished throughout a lifetime. However, more than marriage, every woman craves for a dreamy proposal, just like the way she had witnessed in movies. From her knight in shining armour riding a horse to sweeping her off her feet, this has always been the ideal proposal for a girl. And actress, Kajal Aggarwal couldn’t agree less as she had kept a condition before tying the knot with Gautam Kitchlu. (Also Read: Deepika Padukone Spills Her Lockdown Secrets With Her Husband, Ranveer Singh, Feels Gratitude)

It was on October 30, 2020, Kajal Aggarwal had tied the knot with her interior designer boyfriend, Gautam Kitchlu according to both Punjabi and Kashmiri rituals. For the wedding, Kajal had donned a red Anamika Khanna lehenga with golden embroidery and had paired it with an onion-pink organza dupatta with the cut-work border, over her head. The handsome groom, Gautam had looked dapper in a white bandhgala sherwani by Anita Dongre with an onion-pink doshala.

In an interview with ETimes, Kajal revealed the one condition she laid before tying the knot with beau, Gautam. Taking about the same, the stunning actress stated that she asked Gautam to go down on his knees and propose her in the most romantic manner. In her words, she shared, “I told him I was not going to marry him until he went down on his knees.” And Gautam revealed that he thought it to be cheesy and said, “I thought that was really cheesy and filmi. But she said I had to do it the proper way.”

When probed what was the most romantic thing Gautam has ever done, Kajal revealed that the proposal was the only romantic thing he has ever done for her. Revealing how non-filmi her husband is, Kajal stated, “Yes, He is the most non-filmi person I have ever met. He doesn’t even watch movies until I make him sit down and look at the screen. So, he is very unconventional that way.” (Also Read: Gauahar Khan Shares A Picture With Zaid Darbar From Their Dubai Diaries, Look Stunning Together)

After all the post wedding rituals, Kajal Aggarwal and Gautam Kitchlu had jetted off to their honeymoon to the Maldivies. Kajal has been sharing glimpses from the same and we couldn’t stop drooling over their adorable pictures. On November 12, 2020, Kajal had shared some breathtaking pictures on her IG handle and we were in complete awe. The doting couple had looked like a match-made-in-heaven and were seen enjoying every moment of their vacation. In one of the pictures, the stunning actress was seen doing a yoga pose, which she had captioned as “In a desperate attempt to resume routine.”

In an interview with Filmibeat, Kajal Aggarwal was asked whether she would take her husband, Gautam Kitchlu's surname or not. The gorgeous wifey had revealed that she had already decided to take her hubby's surname, and is in the process of getting used to her new surname, Kitchlu. She had shared, "(It is) Wonderful, but I am still acclimatising. I am getting used to being called Mrs Kitchlu. Although, I love the sound of it. It's a whole new phase of my life, and I am still adapting."

For the uninitiated, Kajal Aggarwal's husband, Gautam Kitchlu is the founder of Discern Living and is an interior, tech and design enthusiast. Discern Living is an e-commerce venture for interior design and home decor solutions. In a candid conversation with the Vogue India, Kajal Aggarwal had talked about her love story with hubby, Gautam Kitchlu. Sharing how they had gotten to know about each other through their mutual friends, she had said, "Gautam and I dated for about three years, and then we were friends for seven. We have progressed in every stage of being friends and been very important in each other's lives." (Also Read: 'Taish' Actress, Kriti Kharbanda Reveals When She And Her Beau, Pulkit Samrat Are Getting Married)

Did you also have a dreamy proposal? Let us know. 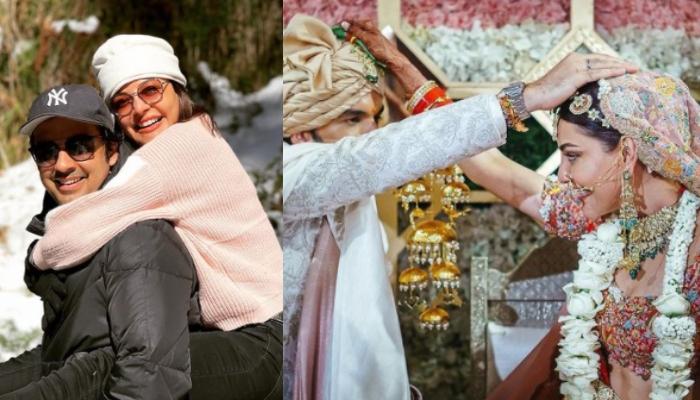 Marriage is one of the major milestones of a relationship as it is the biggest step of culminating your relationship into something more sacred. When a couple is sure about their relationship and believes in each other, they start their happily-ever-after. And when the beautiful actress, Kajal Aggarwal had announced