Jay Bhanushali's little angel, finally gave him the happiest gift of his life as she spoke 'papa' for the first time. Check out the cute video of the actor's baby girl!

A daughter is her mother's best friend and her father's pride! From a very young age, the little girl knows how to bind the entire family. She holds the key to everyone's happiness and her one smile can brighten up anyone's mood. That's why it is said that it takes a lot of patience, love and care to nurture a baby girl. And television couple, Jay Bhanushali and Mahhi Vij are making sure to nurture their daughter, Tara Jay Bhanushali with a lot of love. (Recommend Read: Unseen Picture Of Radhika Merchant From Her Sister, Anjali's Wedding, Flaunting Her Beautiful Smile)

The moment a man hears that 'it is a girl' inside the delivery room, his mind reshapes, his happiness doubles up and in that moment he becomes a father. And for Jay, it was a dream to become the father of a baby girl. The actor had admitted in an interview with the IANS that he wants to have a baby girl. On August 21, 2019, Tara had entered the 'Bhanushali' family and completed the world of Mahhi and Jay. 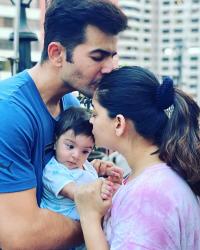 Ever since, Jay got promoted to 'papa bear', he has been anxiously waiting for his little girl to call him 'papa' and his wish finally got fulfilled. On April 6, 2020, Tara's Instagram handle, which is managed by Mahhi and Jay shared a video of their baby girl saying, 'Papa'. The video was captioned as "I can say papa now @ijaybhanushali". Take a look at it below:

Last month, Tara had spoken her first word, mumma, and Mahhi was on clound nine. The actress had shared a cute video and had expressed her feelings in a note that could be read as "Today my daughter called me mumma.. Its v emotional day for me. This is what I prayed for,I must have done something nice in life to have become mother of such a beautiful child.Tara has filled my life with happiness. First-word MUMMA al I could do is cry with happiness... Tara, you have made your mumma more stronger more courageous n more giving.I never knew how much my heart cud swell until the first time I heard ‘mumma’ love u to the end of forever @tarajaybhanushali". (Also Read: Sumeet Vyas Shares An Adorable Baby Bump Picture Of Darling Wife, Ekta Kaul, Calls Her Sunshine)

Jay had also shared his happiness on hearing his baby girl's first words. He had written a long note that could be read as "Happiest day for parents after baby born is when the baby starts talking. I tried my best that @tarajaybhanushali says DADA or PAPA first but then I realized that you cant have a competition with a mother @mahhivij. Finally, she won and this morning tara called mahhi MUMMA for the first time and from morning mahhi is teasing me. No worries she will love me more than you that's my challenge ." Isn't it sweet? (Don't Miss: Ravi Dubey And Sargun Mehta Light-Up Diyas, Post Photos As Netizens Trolled Their Social Distancing)

Well, Jay must on cloud nine as he finally got to hear papa! 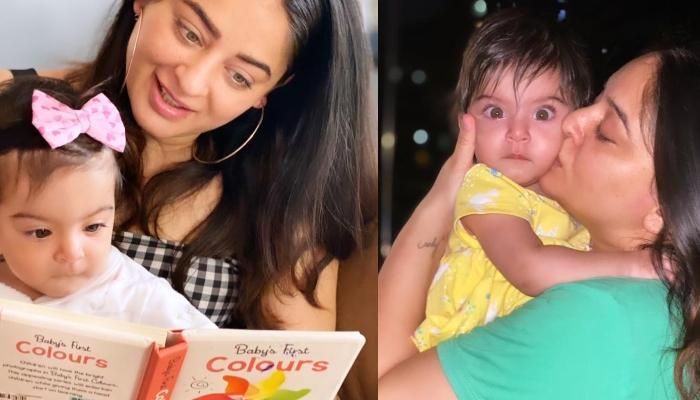