Anupama Parameswaran, 23-year-old South film actress seems to be linked-up with Jasprit Bumrah. The cricketer was earlier linked up with another South Indian actress, Raashi Khanna. When it comes to celebrity weddings in India, it's always the most mesmerising affair in this world. And it's even more so when two of the most glamorous industries of India- Bollywood and cricket meet. We have encountered many instances wherein we have seen flings between Bollywood actresses and cricketers. (Suggested Read: Shruti Hassan Talks About Love And Marriage, Says, 'I'm Afraid Of Marriage')

The most famous example of Bollywood meets cricket has been of Anushka Sharma and Virat Kohli, who dated for some time and eventually got married in 2017. And then, there have been numerous instances where they (actresses and cricketers) have been alleged to be together in a relationship. 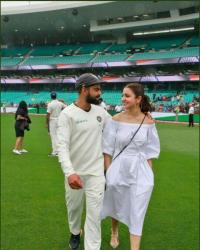 The latest addition in this coterie is none other than Indian pacer, Jasprti Bumrah. Jasprit is one of the most revered bowlers of the world, so much so that in the ICC ODI Bowlers Ranking, he is currently number 1 in the world. Naturally, we see placards in the stadium where he plays, with the words 'Marry Me' for this 25-year-old prodigy. And as per reports, a South Indian actress has fallen for him.

Anupama Parameswaran, 23-year-old actress who rose to fame with Malayalam film Premam (2015) seems to be linked-up with Jasprit Bumrah. Reports have been doing rounds on the internet that Anupama started following Jasprit after the cricketer started following her on Twitter. Anupama Parameswaran, after being contacted by an online tabloid has refuted all such speculations and reports. 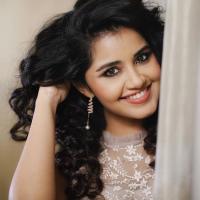 Jasprit Bumrah was earlier linked up with another South Indian actress, Raashi Khanna. Even Raashi had denied such rumours earlier. She was quoted as saying to a media house, "I know that Bumrah is an Indian cricketer, that's it. There is nothing beyond that. I don't know him personally and I have even never met him yet. There is no truth in it (relationship rumours). It is sad to see such linkup rumours circulating on social media about a woman without any proper information" (Also Read: Amy Jackson Flaunts Her Baby Bump As She Enjoys Holidays In Europe, Pictures Inside) 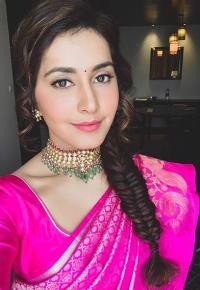 Jasprit Bumrah is in his professional pinnacle these days and is currently in the UK, playing for the World Cup. He is self-admittedly a shy person. In an interview, he had said, "Not at all! I'm not shy. I do speak. It's just that I take my time to open up, ever since I was a kid. People who know me will give you a different report if you ask them." 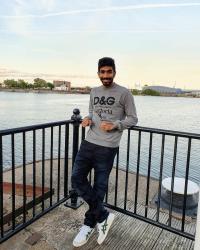 Jasprit Bumrah is also one of the fittest members of the Indian team. Commenting on the same and how he manages his cheat days, Jasprit Bumrah was once quoted as saying, "Cheat days get lesser by the day. The more you inculcate discipline, cheat days just keep disappearing and there comes a time when the idea of a cheat day doesn't even occur to you. I changed my diet, changed my training routines, starting ticking certain boxes that were new to my daily routine. It's simple - if I have to give myself the best opportunity to perform, I've got to remain in the best shape possible. The thing is, reaching certain fitness levels is only half the work done. Staying there is the tougher half. The real challenge begins when you reach the top." (You May Like: Srishty Rode Of 'Bigg Boss 12' Fame Is Holidaying In Denmark With The New Love Of Her Life, Vijal)

Jasprit Bumrah's linkup reports with Anupama Parameswaran are just rumours as of now. But only time will tell if these rumours will turn into reality.