Television actress, Jasmin Bhasin, who often gets linked up with her 'best friend', Aly Goni, shared a super cute picture with him. Scroll down to check it out!

Some people enter our life, not as lovers but as best friends! They teach us the meaning of 'pure love', and just by being with them, life becomes a lot more beautiful. The world says, 'A man and a woman can't be best friends'. However, there are many boy-girl 'friends', who can happily prove it wrong. And television actress, Jasmin Bhasin's friendship with Aly Goni is a perfect example of it. But time and again, the two are often linked together. (Recommend Read: Richa Chadha Reminisces The Time When Her 'Main Man', Ali Fazal Made Her Heart Swell With Pride)

Aly and Jasmin's linkup rumours had started making the headlines when they had participated in the ninth season of the television show, Khatron Ke Khiladi. The actress had even hooted for her 'best friend' when he had participated in Nach Baliye with his ex-girlfriend, Natasa Stankovic. However, these rumours doesn't stop the duo from showering love on each other.

On September 3, 2020, Jasmin took to her Instagram handle and shared a super cute picture with her best friend. In the photo, we can see Jasmin and Aly giving funny reactions to the camera. Alongside it, Jasmin wrote, "My BFF and I will be besties forever because we are both too lazy to find a new friend. #StruckWithMe" Check it out below:

Earlier, in an interview with The Times Of India, Jasmin had opened up on her relationship with Aly. She had said, "I have always maintained that Aly and I are best of friends, I am not in a relationship with him. For the past two years, I am being called his girlfriend. Earlier, I would laugh off these rumours, but now, they have started to affect me. When I am linked with close friends, it affects my friendship with them, and that's's upsetting." (Also Read: Tara Sutaria Receives Hearts From Beau, Aadar Jain's Cousin, Riddhima Kapoor Sahni On Her Picture)

She had further added, "I am an independent girl, who is working hard to create an identity for myself and I don't't want to be known just as someone's's girlfriend. We talk about women empowerment, but why is it that instead of appreciating a woman for her work and recognising all her sacrifices and struggles, all we do is tag her as someone's's girlfriend? I request people to actually empower and respect women, and not just talk about it." Jasmin had further shared how the rumours are affecting her friendship with Aly, and had said, "These rumours are affecting my personal life. I am looking for certain qualities in my ideal partner and Aly doesn't't meet that criteria for sure." (Don't Miss: Aparshakti Khurana Spends Quality Time With His Wife Aakriti And Nephew Virajveer On Family Vacation)

Well, we love Jasmin and Aly's camaraderie! What about you? 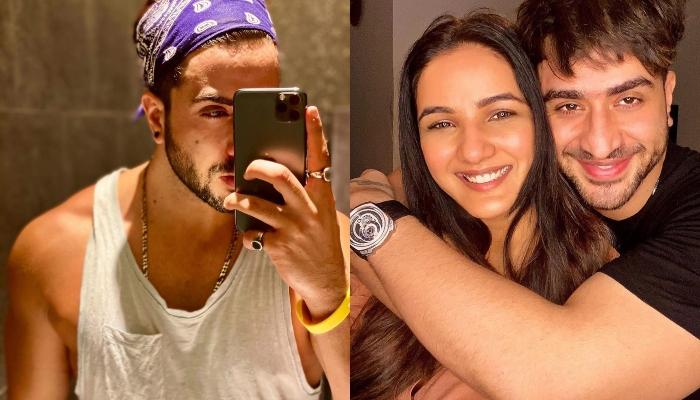 There are some people, who enter our lives and become an irreplaceable part of it. They become the sole reason behind our smile and we cannot imagine a day without them. Our day never starts without listening to their voice and never completes without sending them the 'good night' texts.