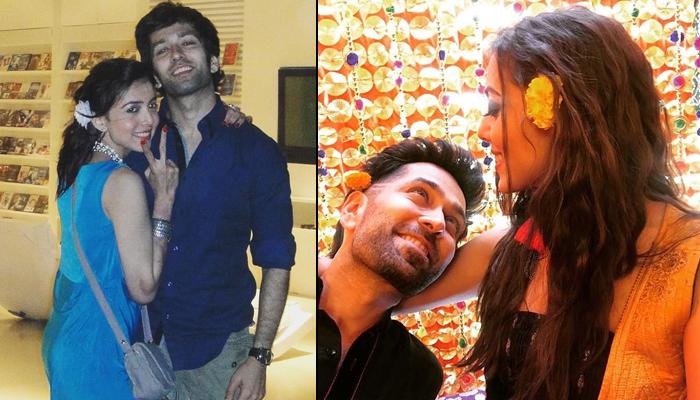 In the world of glitz and glamour, it often happens that B-town and small screen celebrities end up finding their soulmate on the sets itself. But there are some celebrities who have found ‘the one’ outside the industry and are as much in love with their partners. One of TV’s most adorable heart-throb, Nakuul Mehta, who has girls swooning over his charm and made everyone go gaga over his dreamy boy-next-door roles, married his childhood love, Jankee Parekh Mehta. (Also Read: Nakuul Mehta Reveals How He Proposed Jankee Parekh Mehta And Confessed His Love For Her)

On January 17, 2019, Nakuul turned 36-year-old and his darling wife, Jankee wrote a heartfelt birthday wish for him. Sharing a throwback picture, Jankee wrote, “Happiest birthday to the man who’s been by my side every step of the way & changed my life in more ways than I can count. Look how far you’ve come. Look how much you’ve achieved. You amaze me with the way you live your life every single day; with kindness, compassion, honesty, integrity, dedication, passion and most importantly spreading happiness & love wherever you go. You make me prouder than ever. I love you @nakuulmehta #ThrowbackThursday #HoneymoonTravels #NaksturnsSexier”. 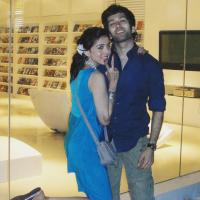 Nakuul and Jankee’s social media profiles perfectly describe their relationship which reflects their love and passion. A few months ago, Nakuul revealed his first thought when he saw Jankee and shared to Humans of Bombay, “My first thought when I saw Jankee was, ‘How amazing would life be, if she agreed to marry me.’ I was only 18 but my instincts told me, she was the one. We were both training with Shiamak–I saw her there for the first time. I was also interning at BSE & remember travelling from there to Andheri, strategizing an opening line.” 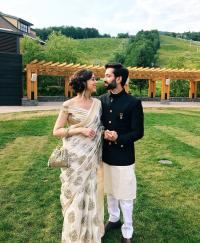 Further sharing that it took him 2 months to get her number and when he asked her out, Nakuul added, “Finally, I gathered the courage & asked her, ‘Do you have a name?’ Her look said, ‘What do you mean, do you have a name?’ But she just said, ‘Jankee’. After that, it took me 2 months to get her number! We talked every night for 6 months before I asked her out. I went to her house with a bouquet & a card–cheesy, I know! But all she said was, ‘I’ll call you.’ Then she called & said, ‘I don’t see you like that.’ It was a no go–but I continued to be her friend despite how hard it was.” (Also Read: Nakuul Mehta's Wife Jankee Parekh Proposed Him And He Made Her Wait For 10 Sec Before Saying 'Yes') 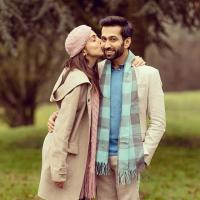 Reminiscing the moment when Jankee finally expressed her liking for him, Nakuul went on to say, “6 months later, when I went to the US, she realised that she missed me. When I came back, I knew that it was moving somewhere, but she wasn’t forthcoming. So I suggested not speaking for a while. But we’d already planned to watch Devdas, so we went for it, sat together, didn’t speak and then went our own way. In a week she called me & said ‘I like you too.’ I replied, ‘What makes you think I like you still?’ I was just playing, but for a day, she went through what I went through for 6 months!” 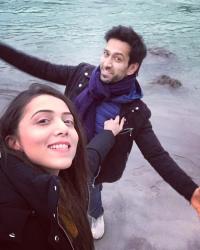 And finally, the much-awaited proposal happened, but it was the other way around. Jankee proposed Nakuul and he made her wait for 10 seconds before saying ‘yes’. Nakuul shared, “The next day we met & a reverse proposal happened! I made her wait for 10 seconds before saying, ‘Yes’! We dated for 9 years after–I’d have married her at 18 but it was a tough one! She comes from a traditional Gujarati family. They were hesitant–I wasn’t Gujarati or a businessman & I was an actor! But she was unrelenting! Finally, I spoke to her parents until they were convinced. Then at 2 am, I proposed to her on Marine Drive with a 5 page poem I’d written–thankfully she said ‘yes’ before the cops came after us!” 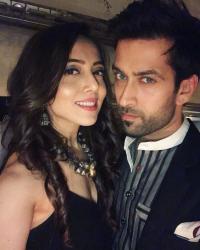 Concluding with the biggest accomplishment of his life till date, Nakuul ended with, “When we got married, I didn’t even have a job, but she had blind faith in me. She helped me become the best version of myself. That’s what love is–relentless & unconditional. She’s been my rock. And now that I have the career I’ve always wanted, none of it matters more than her. Till today, my biggest accomplishment is that she agreed to marry me!” (Also Read: Nakuul Mehta And Jankee Parekh Mehta Give Us Major DDLJ Feels By Romancing Amidst 'Sarson Ke Khet') 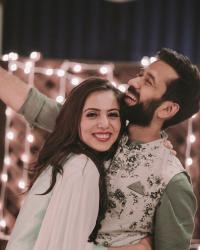 Aren’t Nakuul and Jankee both sweethearts? When a girl marries someone, she leaves everything behind in a hope of a love-filed future with her husband. All she expects is pure love, respect and understanding and she is ready to give up on anything. When she finds someone, who loves her and appreciates her no matter what