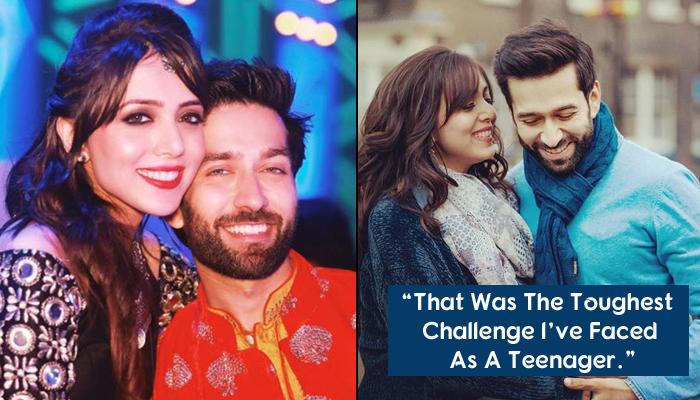 Nakuul Mehta, who won many hearts with his boyish charm as Aditya in Pyaar Ka Dard Hai Meetha Meetha Pyaara Pyaara, is counted as one of the happily-married TV stars today. With a singer wife Jankee Parekh, Nakuul is a happy man. These cute young lovebirds are seemed to be lost in their own world of love.

Recommended Read: Irrfan Khan's Best Friend Is Wife Sutapa Sikdar, Talks In Detail About Her For The 1st Time

They come across as an inspiration for many who feel that a successful career and a happy relationship can easily go hand in hand. Let’s peep into their lives and explore what has kept their romance on! 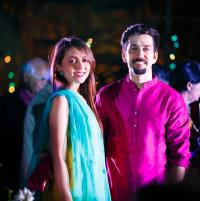 Nakuul has a royal lineage, as he descends from King Prithviraj Chauhan of Rajput Chauhan dynasty of Mewar. However, from his childhood, he always dreamt of becoming an actor. Recollecting the blissful moments of his life, he once said:

“I had many joyful moments in my life but one which is very close to me is when I proposed my girlfriend Jankee, who is now my wife.” 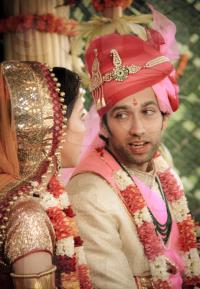 Jankee Parekh is a voice-over artist, stage performer, singer and has her own band. The couple dated for as many as nine years. In January 2012, they tied the knot in a traditional wedding. Speaking about his marriage, Nakuul expressed:

"Marrying her was my best decision ever. She brings a balance to my life." 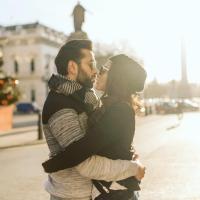 Reminiscing about the time when he first saw Jankee, Nakuul said in an interview with a leading media daily:

"Love at first sight is cliche. It was literally love at backside for me. I recall seeing a hint of this girl dancing at a class I had signed up for."

About what thoughts he had when he first saw her and how after one year he finally proposed her, he was quoted as saying:

"I knew that I wanted to know her, maybe have a conversation, go on a date and get married. All of these were thoughts, which came almost simultaneously without having even seen the girl. It is quite bizarre when you are as young as we were, straight out of school. However, all these thoughts were substantiated further after I made my first minute-long chat with her, which had only me doing the talking. We became friends, and it took me a whole year to get down to putting that proposal down on the cheesiest card I could get in the local market, with some obscure poetry I had written.” 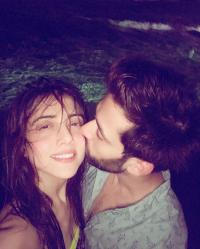 Explaining how difficult it was for him at that time to pen down his proposal, and remarked:

"It was a pretty big deal to put those words down on paper and I recall meeting her outside her porch to hand it over with the biggest smile in the world. I cannot forget that feeling of having accomplished the biggest task of my life. I must have spent a few days thinking about the words which would feel correct and yet be poetic and do the magic. That was the toughest challenge I’ve faced as a teenager. She responded, and I was happy that I had found my soulmate.”

Striking a harmony between love, marriage, and career 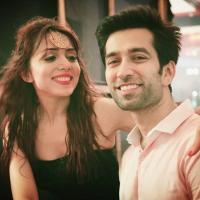 The blue-eyed boy has been a ‘one-woman man’. Despite having a great female fan following, he remained committed to only one woman in his life. 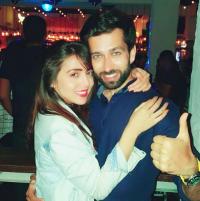 "Jankee is the first girl I dated," 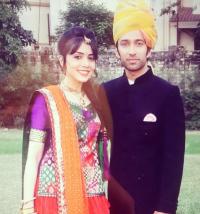 He continued the relationship and decided to marry her just before the shoot for his first show began. Though he didn’t declare the news of his wedding then, he never denied about being in a relationship. 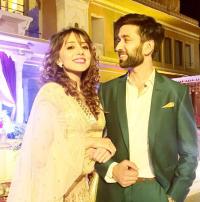 When asked why he kept his marriage a secret four year back, he replied:

“I didn't want the focus to be shifted from my career by announcing my marriage. People never ask me whether I am married, as I look very young. They used to ask me if I was in a relationship and I would say 'Yes'. People just assumed that I was single. It didn't occur to anybody that I was married.” 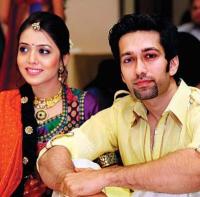 Any marriage works out when the couple involved knows how to overlook the flaws and make up for them. It’s not about complaining what is missing, but complementing each other when one lacks a quality. Nakuul and Jankee, too have their flaws and strengths. In Nakuul’s words:

“She is extremely messy and I'm a cleanliness freak. She does all the planning because I am bad at it.” 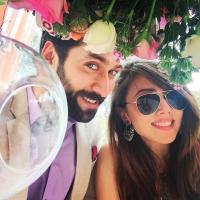 In Pyar Ka Dard... he might have played the role of an introvert, who doesn't believe in relationships, but in real life, he is a die-hard romantic man. Currently playing the lead role of Shivaay in Ishqbaaaz, Nakuul is crazy in love.

Must Read: 12 Amazing Ways To Make Your Courtship Phase The Most Romantic One Of Your Life 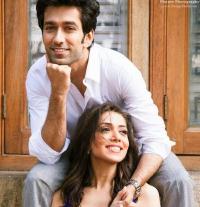 In August 2017, he posted a picture of himself with wife Jankee Parekh Mehta on Instagram and captioned it superbly. Take a look at the picture: 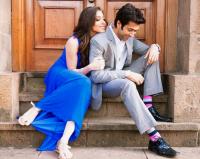 “I lost my independence to this gorgeous lady four years back. @jank_ee To the rest of you, a very #HappyIndependenceDay “ 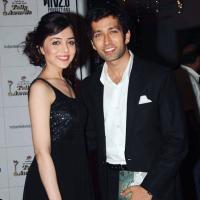 In an award function, when Nakuul and Jankee were asked about unique qualities about each other, Nakuul replied:

“Usually women take 1-2 hours to get ready, but Jankee’s uniqueness is that she takes 3-4 hours to doll up.”

To this, Jankee answered instantly and said:

“Nakuul’s uniqueness lies in the fact that he takes nothing less than 4 ½ hours to get ready.” 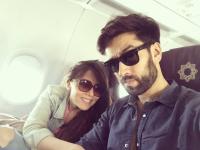 This shows the kind of friendly bonding the duo shares, instead of that typical husband and wife relationship.

A bond of mutual respect and emotions 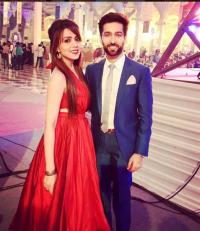 Nakuul and Jankee were supposed to participate in Nach Baliye 6, but due to Jankee's knee injury, they had to opt out. A supportive Nakuul said:

"It would have been a bigger problem had the injury happened after we had started with the show. I only wanted to spend more time with her and doing NB seemed like a perfect way. We got married around the same time that I started my television stint. I feel I saw her more when we were dating then after we got married! But health comes first and there is always a next time.”

On Valentine’s Day 2016, Nakuul planned a special surprise with the help of his friend Vineet Bangera. He shared the details, saying:

“Vineet has taught me a really special Bachata dance. It’s a romantic dance and I am going to surprise Jankee by my special ‘Bachata’ performance on Valentine’s Day. She has earlier asked me to learn this dance but I never did it. It’s Vineet who pushed me into learning this and I have tried to learn it.” 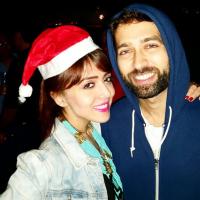 Nakuul, who is a trained jazz, hip-hop, break, folk, salsa and contemporary dancer and also a quick learner, didn’t find it difficult at all to learn the Bachata. He learnt it in half an hour.

Love finds its way when two hearts wish to be together. Nakuul and Jankee Mehta have proved it to the world. May God bless them with togetherness for eternity!