As per the latest reports, popular actress, Janhvi Kapoor was spotted seeking blessings at the famous Tirupati Temple in Tirupati along with her ex-boyfriend, Shikhar Pahariya.

Popular actress, Janhvi Kapoor was spotted at the famous Tirumala Temple in Andhra Pradesh on December 1, 2022. The actress looked gorgeous in a neon green saree, kept her hair half-tied and opted for minimal makeup. She completed her look with small earrings, and her traditional look turned heads and received huge applause. This isn’t the first time when we have seen the Gunjan Saxena actress paying a visit to the famous temple, as she frequently comes to seek blessings before the release of her films.

However, Janhvi Kapoor's ex-boyfriend, Shikhar Pahariya's presence made her visit special, and the latter was seen accompanying her to the holy shrine. If the reports are to be believed, the youngster in a white shirt and dhoti was none other than Shikhar, who was once in a relationship with Janhvi even before she entered into Bollywood. In the video, Janhvi and Shikhar can be spotted walking in the temple premises with their other two friends.

The pictures and videos of Janhvi doing darshan during the VIP hours are all over social media. As per the latest reports, after Janhvi completed the darshan at the Tirumala Temple, she received Vedic blessings from the scholars in 'Ranganayakula mandapam'. For the unversed, Tirumala Temple is one of India's most famous pilgrimages centres. The temple is reportedly dedicated to several incarnations of the Hindu deity, Lord Vishnu. As per the reports, Janhvi Kapoor has some extra love for this holy place, as his mother, late Sridevi also used to visit here time and again. 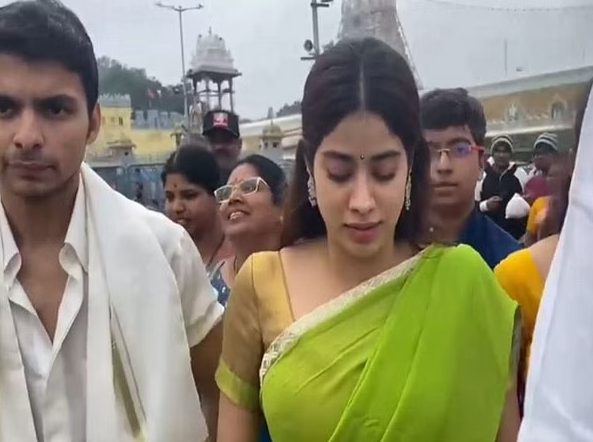 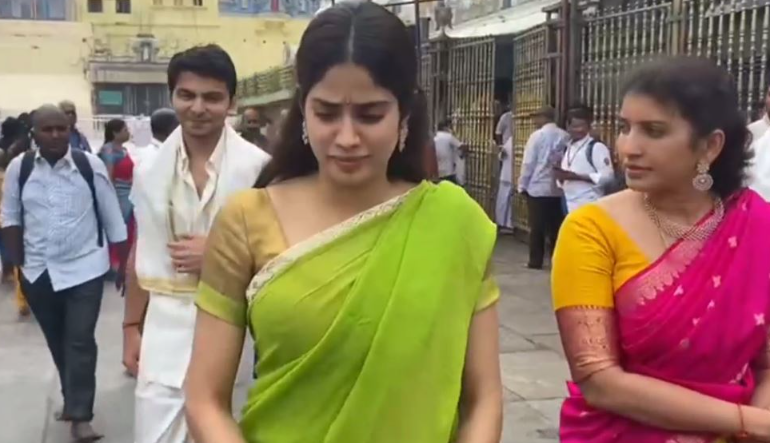 Although it’s a fact that Janhvi Kapoor and Shikhar Pahariya had never confirmed their dating reports in the media, but there camaraderie with each other in public was enough to set their relationship rumours on fire. From Janhvi and Shikhar’s cosy pictures from their dinner dates to their social media PDAs, the ex-couple was clearly more than just friends. However, it was their picture from one of the Bollywood parties that confirmed their relationship in the media. The picture had gone viral on social media in no time, after which it was revealed that Shikhar’s brother, Veer Pahariya had also once dated Janhvi’s BFF, Sara Ali Khan, connecting all dots in one go.

Don’t Miss: Tamannaah Bhatia To Tie The Knot With Mumbai-Based Businessman, Here's What We Know 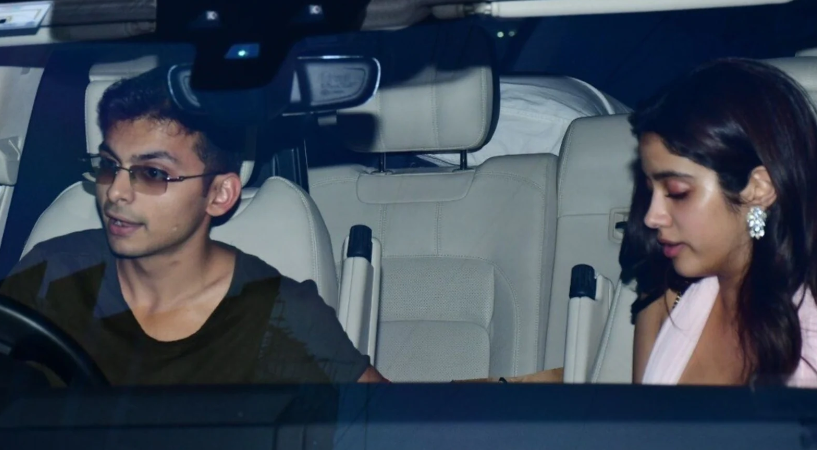 Even before Janhvi Kapoor had made her acting debut in Bollywood with the film, Dhadak, it was her relationship rumours with Shikhar Pahariya that had made everyone aware of her presence. Headlines were on fire that Boney Kapoor and Sridevi’s daughter was reportedly dating the son of the famous businessman, Sanjay Pahariya. However, after the film’s release, Janhvi’s dating rumours with her co-star, Ishaan Khatter, completely overshadowed her dating reports with Shikhar, and the rest is history. 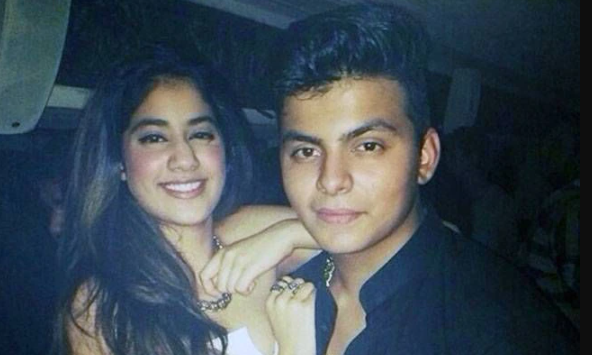 On the professional front, Janhvi Kapoor was last seen in the film, Mili. 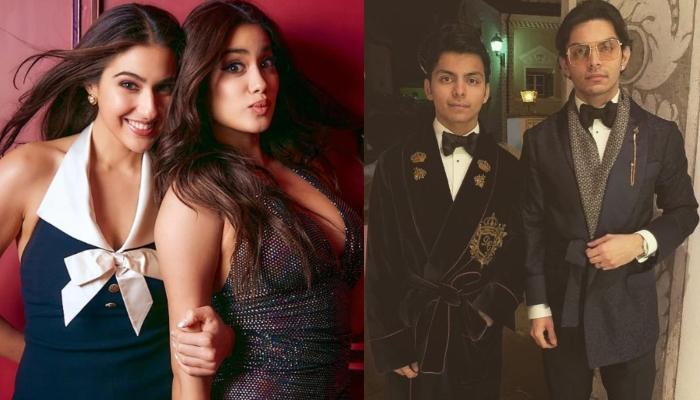 The popular celebrity talk show, Koffee With Karan's season 7 is up and setting the headlines on fire as expected. The second episode of Karan Johar's show hosted the glamourous duo of stunning actresses, Janhvi Kapoor and Sara Ali Khan. The actresses dropped some truth bombs about their past and