Janhvi Kapoor has shared an adorable picture with father, Boney Kapoor which has surely made her fans go aww. 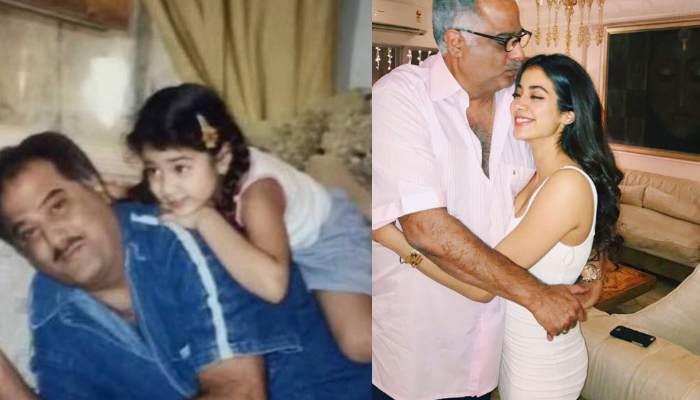 Janvi is certainly her daddy’s little princess and she has time and again proved the same. The actress who is very close to her father is often seen sharing beautiful pictures of the father-daughter duo. Ever since her mother, the legendary actress Sridevi, passed away, Janhvi has made sure to fill in the void in the Kapoor family. Especially in her father, Boney Kapoor’s life. (Do Read: Hrithik Roshan Reveals He Broke 30000 Hearts After Marrying His Ex-Wife, Sussanne Khan) 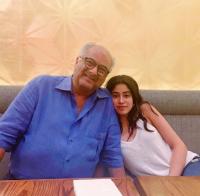 Janhvi Kapoor, who made her Bollywood debut with the movie Dhadak has made a huge impact with her debut film which was critically praised by the critics. Janhvi, who is quite a family person shares a very strong bond with brother Arjun Kapoor too. The two are often seen pulling each other’s leg on social media. 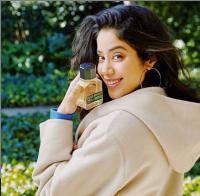 The lovely actress is currently spending time with her family in New York. Janhvi took to her social media handle recently and shared some lovely photos with her father, Boney Kapoor. The Dhadak actress is quite close to her father and sister. She recently went to New York to meet her sister Khushi Kapoor who is studying there. 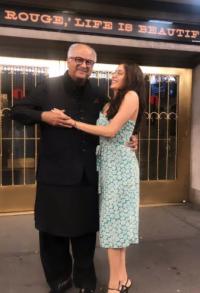 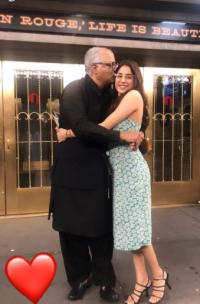 In an Interview, Janhvi Kapoor had talked about her relationship with her sister, Khushi Kapoor and how sad she was as her sister was going to New York Film Academy. Talking about the same, Janhvi Kapoor had said, “She is going to NYFA. Then after she comes back, she will figure what she wants to do.” However, Janhvi and Boney Kapoor are a bit wary of Khushi's decision, “I’m getting palpitations just thinking about Khushi going to... He (Boney) just has to think about it and he’ll start crying.” 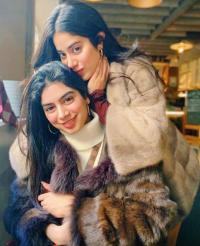 Janhvi says that her family is quite traditional. Even though coming from a filmi family, the whole topic of dating is different at her home. Talking about the same, Janhvi said, "Dating" has always been a situation at home. I don't know why but it has always been. Mom and dad were very dramatic about it and would say, 'When you like a guy, come and tell us, we will get you married.' And I am like, What!! We don't have to get married to every guy we like. We can also be like chill. She was like chill? What does it even mean? So they don't understand the concept of chill." 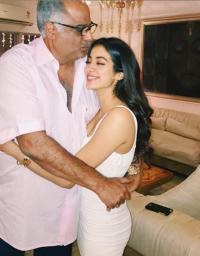 Jahnvi has always been a stunner. Just like her sister, Sonam Kapoor Ahuja, she has always been praised for her fashion sense. Talking about her stunning dresses, Janhvi had said that the credit goes to her designer and her father who gives the final approval on all her dresses. Janhvi had revealed, "We have a WhatsApp group called Dad’s Kids’ which has me, Khushi, Anshula didi, Arjun bhaiya, and dad on it." She had further added, "And I send all my outfit pictures along with looks from different photoshoots on that group. In fact, most of my outfits need to be approved by dad, otherwise, I don’t feel confident wearing them." (Do Read: Amy Jackson Takes Her 2-Days Old Son, Andreas For His First Outing, Both Of Them Twin In White) 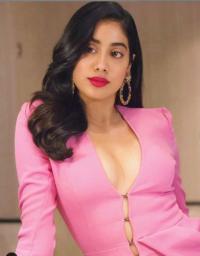 Boney Kapoor who was all praises about his daughter’s debut performance. When asked whether he slept well before the release of Dhadak, Boney had said, “Honestly, I slept well. I was very sure of the start that Dhadak will get, I knew it will be lapped up. It had been a long time since we had a real good love story. Dhadak takes us back to the good, old days of nice songs and innocent romance--- on the lines of Aamir Khan and Juhi Chawla in Qayamat Se Qayamat Tak, Sunny Deol and Amrita Singh in Betaab, Kamal Haasan and Rati Agnihotri in Ek Duuje Ke Liye”. 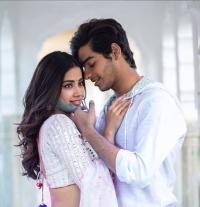 When asked how is Janhvi in real life. Boney Kapoor had said, “She is a very warm, affectionate child with proper netiquettes. All those who have interacted with her tell me that. I am fortunate that people have to say such good things about all my four children- they say that they have been very well brought up”. 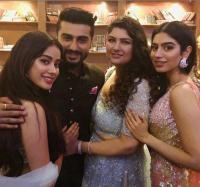 Meanwhile, on the work front, Janhvi will be seen in Gunjan Saxena-The Kargil Girl. The film which will hit the theatres in March 2020 also stars Pankaj Tripathi and Angad Bedi. Apart from this, Janhvi will also be seen in RoohiAfza opposite Rajkummar Rao. (Don't Miss: Aamna Sharif Is Making A Comeback On TV As New 'Komolika', After Five Years Of Delivering Her Son)

We wish Janhvi all the best for her future endeavours! 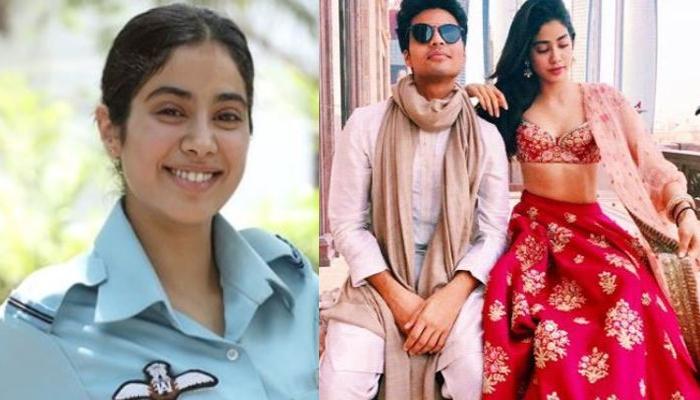 The young crop of the Bollywood is ready to take on the big stage and the first one leading the tide of their incoming is none other than the gorgeous, humble, and everyone’s favourite, Janhvi Kapoor. The actress has made an impact in the hearts of millions of people out