Hrithik Roshan, who garnered immense stardom after his debut film, 'Kaho Naa Pyaar Hai' got him 30000 marriage proposals. The actor revealed how he broke many hearts when he decided to get married. 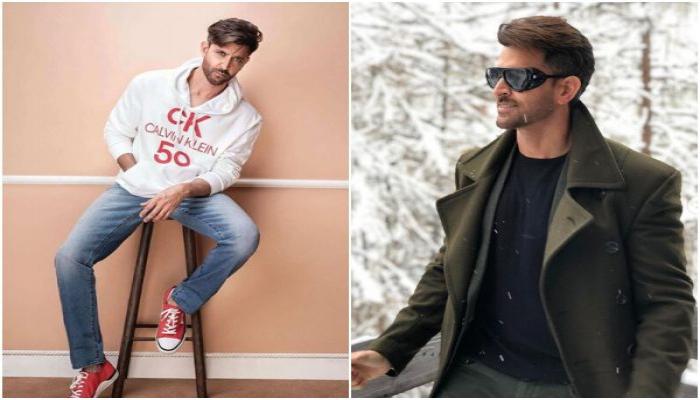 He came, he saw and he conquered. There is no doubt to the fact that Bollywood’s heartthrob, who is often compared to Greek God and superheroes is one of the most dynamic and versatile actors. Not just his spectacular performances, but his work has always been praised by many in the industry. Hrithik is currently riding high on the success of his film, Super 30.

It is not merely his acting skills, Hrithik’s dedication towards his looks and fitness has also garnered him a lot of love among his fans. With a physique matching international standards, Hrithik is surely a huge inspiration to the millenials. With performances like Ek Pal Ka Jeena, Main Aisa Kyu Hoon and Senorita, Hrithik has set the dancing standards really high. 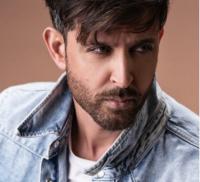 The Zindagi Na Milegi Dobara actor, recently appeared on the popular tv show, The Kapil Sharma Show. On the show, the actor talked about his debut film. The actor revealed that after the release of his debut film, Kaho Na Pyaar Hai, he had received over 30000 marriage proposals and he broke all those hearts when he decided to marry Sussanne Khan. 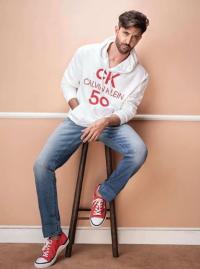 Released in the year 2000, the film Kaho Na Pyaar Hai had made Hrithik Roshan and Amisha Patel superstars overnight. The film made the two actors immensely popular. Kaho Na Pyaar Hai, directed by Rakesh Roshan became a huge hit and made its official entry to Guinness Book of Records for wining maximum awards. 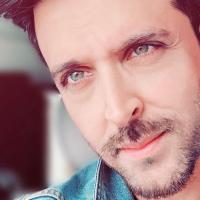 In a recent interview, when the actor was asked whether his debut film will be remade or have a sequel, the actor said, "Why would anyone want to remake Kaho Na Pyaar hai?" When asked if ever the movie was remade, who among the newcomers will fit into the character to which he said, "I think newcomers should only be cast in the remake as two newcomers were launched with it earlier, in case ever made." 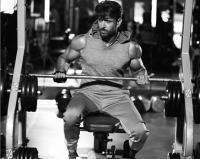 Hrithik was recently conferred with the title of the ‘Most Handsome Man in the World’. The actor, who defeated names like Chris Evans, David Beckham and Robert Pattinson credits his genes for his good looks. When asked about the secret of his good looks, the actor had said, “Well, it’s broccoli. Just kidding! I’m thankful for this title although on the face of it, it’s not really an achievement. According to me, if there’s anything one should aspire for and value the most in this world, it’s their character. A good character will always make you look more attractive." 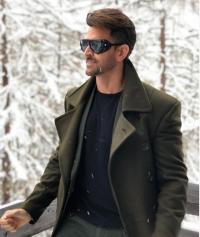 Hrithik Roshan, who has an immense female fan following married Sussanne Khan in 2000. The couple had decided to part ways after 14 years of marital bliss and got divorced in 2014. The couple even after their split maintains a very beautiful relationship with each other. In one of the interviews, Hrithik had spoken about his ex-wife, he had said, It’s a beautiful relationship. With our kids, with us as friends, it’s all about wisdom. One thing is for sure: Love can’t turn into hate. If it’s hate, it wasn’t love. The flipside of love... Is also, love. Once you understand that, you’ll keep finding ways back into love. Do Read: Karan Veer Mehra Reveals His 'It's Complicated' Relationship Status, Talks About Life After Divorce)

The estranged couple has never lead their separation to come in their way while bringing up their kids, Hrehaan and Hridhaan. Even during the separation, the couple had maintained their dignity and did not make their divorce look ugly. In one of the interviews, Hrithik had talked about his belief in love and had explained, "In The Prophet, Kahlil Gibran talks about love being a temple that’s held up by two columns. If the columns become one, the temple will topple. The further apart they are, and the stronger they are, the bigger the temple of love. So you have to respect each other’s individuality. It’s vital to be self-sufficient in your emotional needs. So anything that comes from the other person is welcome, but you don’t demand it." Hrithik Roshan is surely the heartthrob of the nation. We wish him all the luck for his future endeavours! Some love stories live forever even when they don’t have a happy ending. We have grown up listening to the love stories of Laila-Majnu, Heer-Ranjha, and Romeo-Juliet, and one thing common between them was their unconditional crazy love for each other despite the ordeals they had faced. Their love stories have