Janhvi Kapoor’s look in the song, 'Panghat' reminded her fans of Sridevi. A fan compared Janhvi's all-black look to Sridevi, in a similar pose and it will fill you with 'Hawa Hawai' memories.

It’s been almost three years since Sridevi Kapoor had taken her last breath and just like her family, even her fans have found it difficult to cope up with the loss of their favourite. A few months after Sridevi’s demise, her daughter, Janhvi Kapoor made her debut in the film industry and in no time, she became the Dhadak of the nation. More than anything else, it was Janhvi’s resemblance with her late mother, Sridevi that had touched the audiences’ hearts. The demise of Sridevi had created a void in the Kapoor family that can never be filled though they’re trying to cope with the loss and move on in their lives, no single day goes by when they don’t remember her. (Also Read: Boney Kapoor Reveals How Janhvi And Khushi Kapoor Developed Interest In Painting Because Of Sridevi)

It is rightly said that the daughters get it from their mothers, and it is no different with Dhadak fame starlet, Janhvi Kapoor. Janhvi has inherited the grace and talent from her mother, Sridevi Kapoor and it was quite evident in a video posted by her on Instagram last year. Janhvi had posted a beautiful video of her performance on the iconic Bollywood song, Piya Tose Naina Laage Re and the grace with which she had performed reminded us of Sridevi. Wearing a sky-blue coloured anarkali, Janhvi loses her balance in the end but gracefully managed to improv it and joked about it in the caption, which could be read as “When u lose balance so u have to improv an over dramatic end.”

Janhvi Kapoor Looks Like A Carbon Copy Of Her Mother, Sridevi In A White Saree For A Diwali Bash

Janhvi Kapoor is busy promoting her upcoming film, Roohi co-starring, Raj Kummar Rao and Varun Sharma. The trailer of the film released a few days ago and one of the songs was released on February 23, 2021. Janhvi’s look in the song, Panghat reminded her fans of her mom, Sridevi. Janhvi’s breathtakingly gorgeous look in a black outfit with detailed embellishments which she paired with black beaded jewellery, wavy tresses and smokey eyes was compared to Sridevi’s picture in a similar look by one of her fans. The picture will make you say, ‘like mother, like daughter’! Similarly, at the annual Umang Mumbai Police Show on January 19, 2020, Janhvi Kapoor’s scarlet red saree had reminded us, yet again, of her mom, Sridevi. Wearing her favourite, Manish Malhotra, Janhvi had opted for a head-to-toe red look with intricate embroidery and sequin work on her saree. She had accentuated her look with a sleeveless blouse which had a plunging neckline and skinny beaded straps with zero jewellery, minimal beauty look and just-got-out-of-bed waves! Janhvi’s all red look had reminded us of her mother, Sridevi, who had opted for the same hue look for an award ceremony. (Also Read: Janhvi Kapoor Reveals How She Once Lied To Her Father, Boney Kapoor About Her Las Vegas Trip) On National Handloom Day 2020, which is celebrated to salute whoever is associated with the handloom and handicrafts sector, Janhvi Kapoor had posted a picture of herself, wearing Sridevi's saree. It was on August 7, in the year 1905 to commemorate the Swadeshi Movement, which was launched in the Calcutta Town hall to protest against the partition of Bengal by the British Government. Sharing a picture in her most favourite and special handloom saree, Janhvi had captioned the post as "Today is National Handloom Day! This is my most favourite and most special handloom saree. The weavers and artisans in our country are truly unmatched in skill and creativity- the best in the world! #vocal4handmade @pmoindia @narendramodi @smritiiraniofficial @ministryoftextilesgoi." For the unversed, Janhvi had donned her mother’s beautiful saree and had looked as pretty as her, at the 65th National Film Awards. 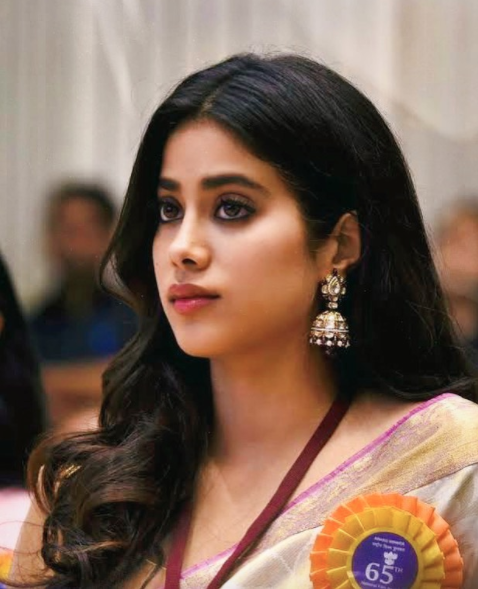 It was a few months after Sridevi’s demise, her elder daughter, Janhvi Kapoor had made her debut in Bollywood and since then, she has been working round the clock. During the lockdown, Janhvi made the most of her time by spending her quarantine with father, Boney Kapoor and sister, Khushi Kapoor. The lockdown had made her realise that people of the house depend on her a lot more since her mom, Sridevi’s demise. In an interview with the Filmfare, Janhvi had opened up on becoming the lady of the house post her mother, Sridevi’s demise and was quoted as saying, “I don’t think I have become the lady of the house because I'm very childish. But during this lockdown, I'm understanding how much people at home depend on me a lot more. Because I haven't been home this much for the past 2 years. Now all of sudden I'm keeping track of what Papa is eating, or why Khushi is sleeping so long, and how they are going to get vegetables and if they are sanitizing everything properly or what the protocols are. I was thinking If I wasn't here I don't know what would have been happening. I think they would have managed. I think the responsibility has just dawned on me that they do depend on me a bit.” (Also Read: Janhvi Kapoor Talks To Kareena Kapoor Khan About Struggles That Her Parents' Generation Never Faced) Janhvi and Khushi were snapped at the airport on February 23, 2021, ahead of their mother, Sridevi’s third death anniversary. 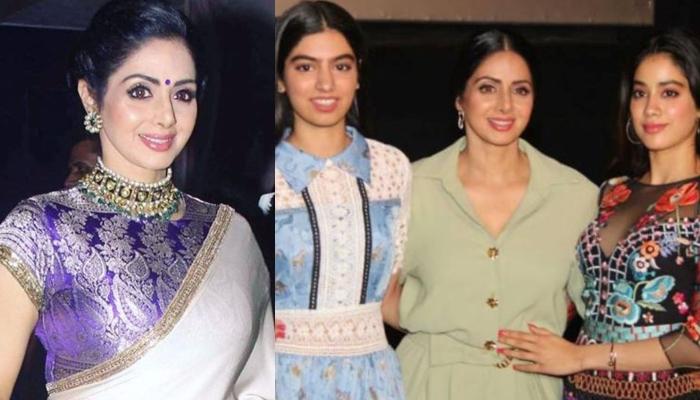 Just how Janhvi Kapoor’s social media feed is filled with pictures of Sridevi Kapoor, Boney Kapoor and Khushi Kapoor, her late mother’s feed also had glimpses of their family time. With the interviews of Sridevi and Janhvi over the years, everyone had gotten to know about the beautiful bond that the mother-daughter

Janhvi Kapoor Looks Like A Carbon Copy Of Her Mother, Sridevi In A White Saree For A Diwali Bash