Accept it or not, but there is no love like the love shared between sisters. For every little sister, her big sister is magical, the one, who puts the magic in our childhood. She is the one, who taught us more about life than our teachers and guided us through the rough teenage years. Like every other relationship, sisters also oscillate between loving and hating each other. You may be fighting like cats and dogs or acting like a best friend, but one thing is clear that the bond shared between sisters is never boring. And Bollywood actress, Janhvi Kapoor shares an exactly similar relationship with his little sister, Khushi Kapoor. (Recommend Read: Sanjay Dutt's Daughter Trishala Dutt Reveals Where She 'Spent Most Of 2020', Maanayata Dutt Comments)

There is no doubt that Janhvi Kapoor and Khushi Kapoor are following their late mother, Sridevi Kapoor's footsteps. While Janhvi has already made a name for herself in the film industry, Khushi is yet to decide her path, but she has been ruling our hearts with her fashionista skills. The adorable sister duo never fails to give us sisters goals. 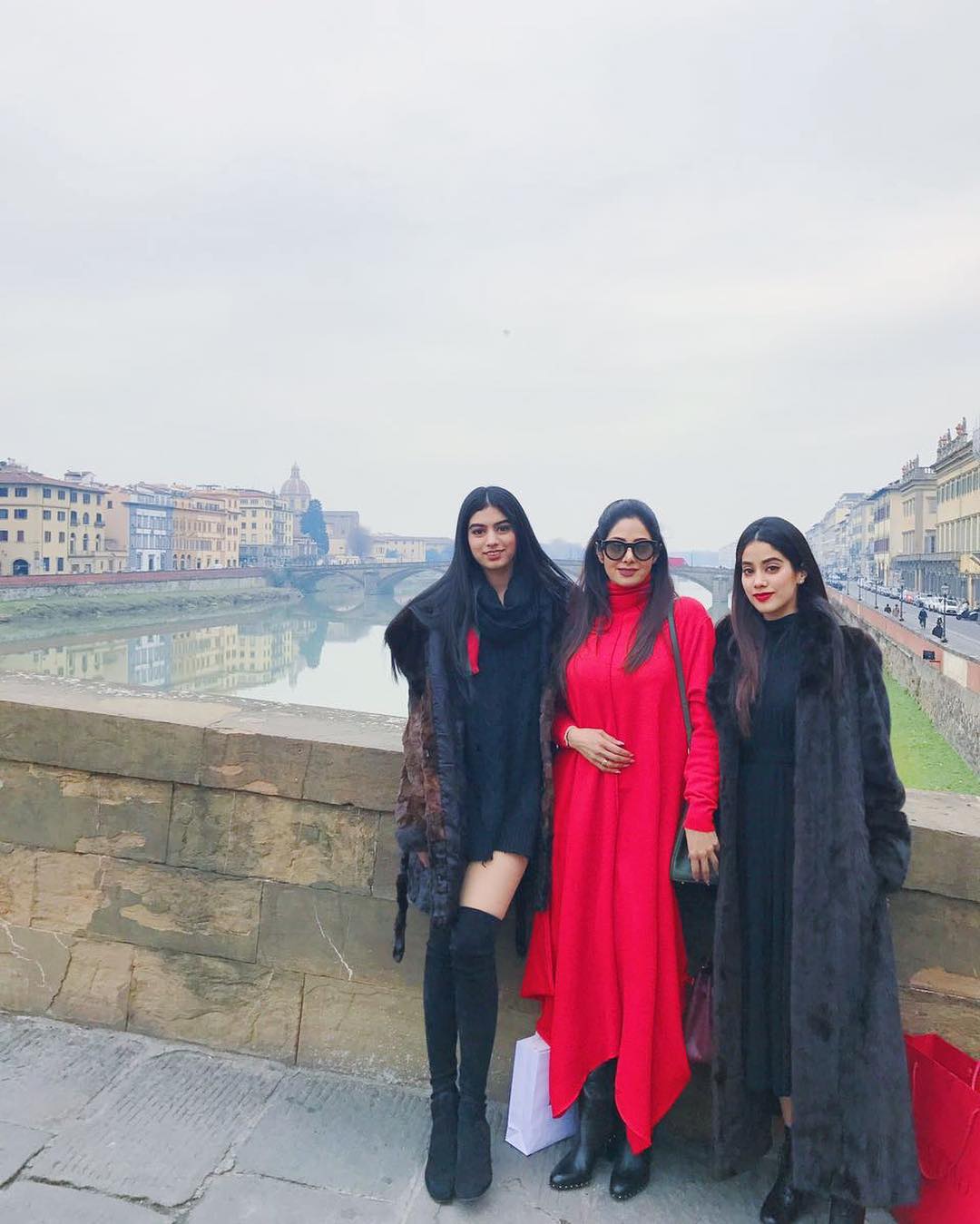 On November 5, 2020, Khushi turned a year older and her sister posted lovely pictures of her baby sister on her Instagram handle. In the photo, we can see Khushi looking super cute in a tutu dress. In the other picture, which was a collage, we can see Janvhi was giving a hug to Khushi. The actress also posted a couple of pictures with her darling sissy, and wrote, "It’s ur bday will try not to annoy u today ly." Check it out below: 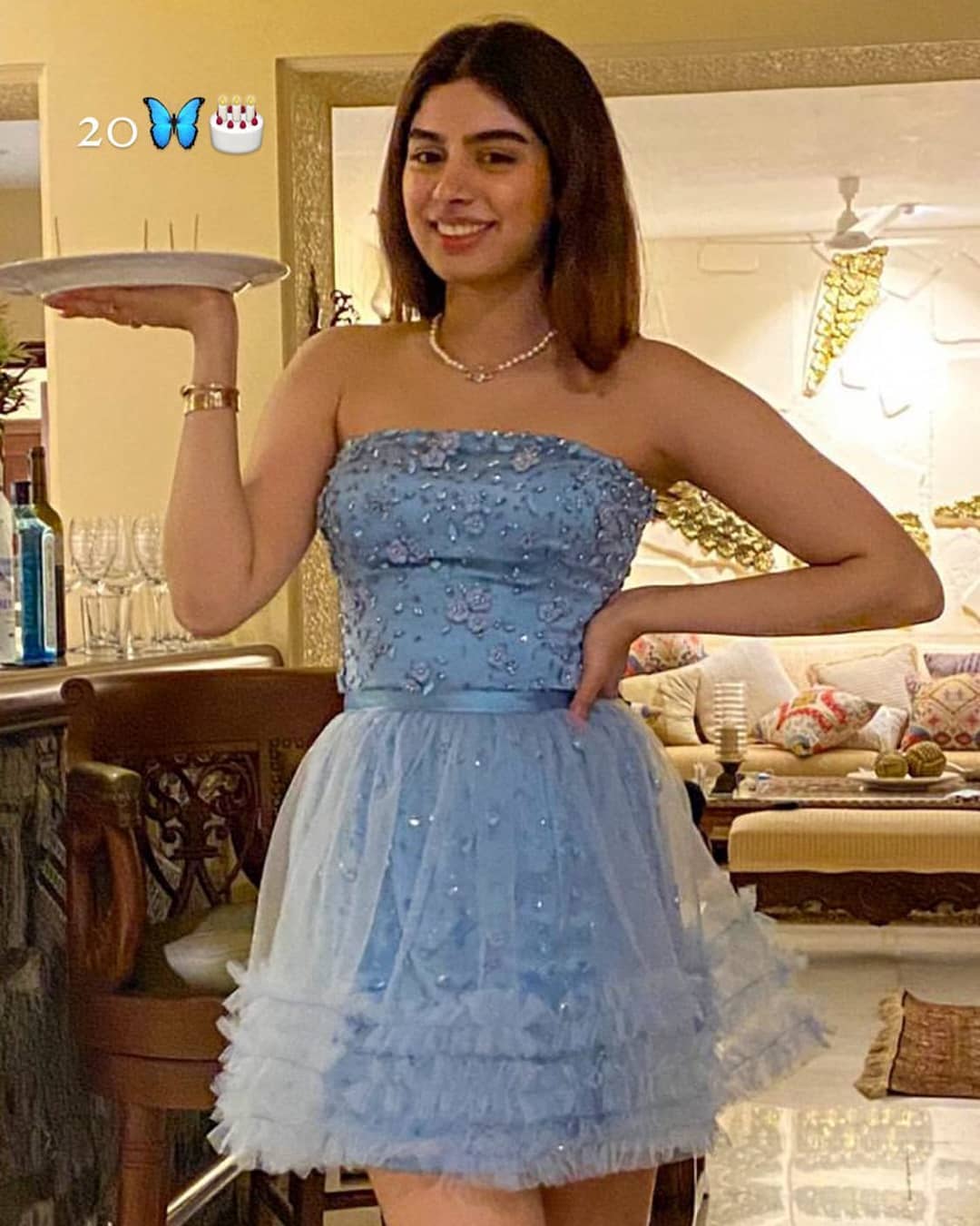 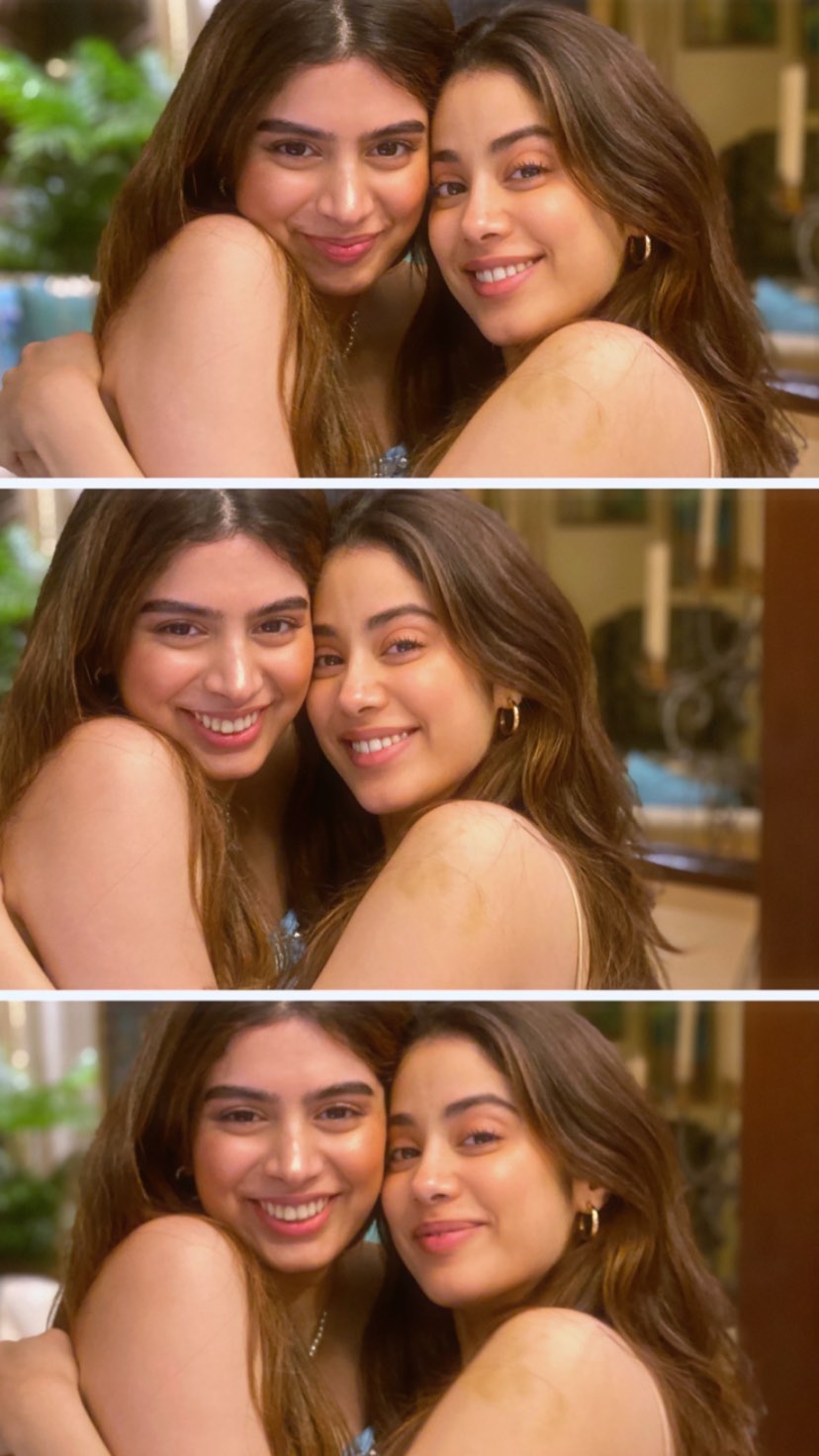 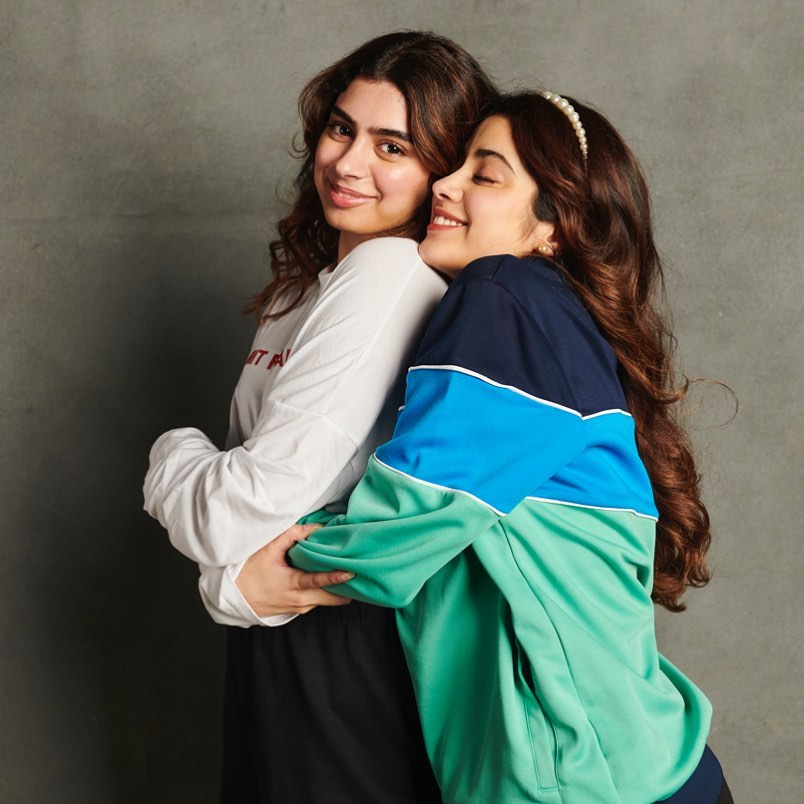 In an interview with the Filmfare, Janhvi had gotten candid about the bond she shares with her baby sister. The actress had revealed that she might be the older one, but it is her younger sister that acts like an elder sister and protects her. The actress had stated, "I am like the imbecile, immature, childish younger sister and she is the protective, sensible, independent elder sister. She takes me seriously with my work, which is the only time she takes me seriously. That is a big moment in our relationship." Not just this, Janvhi had also revealed that her sister in the lockdown was waking up at 3 and used to shoot TikTok videos. She had shared, "Khushi started this TikTok thing. She is only doing that. Suddenly at 3 am, she is doing her makeup and making these TikTok videos. I think we are very close to losing it but we are hanging by the thread." (Also Read: Gauahar Khan And Zaid Darbar Are Officially Engaged, The Couple Makes The Announcement) Janhvi had also opened up on the realisation how her family is dependent on her as after her late, mother, Sridevi, she is the lady of the house. She had stated, "I don’t think I have become the lady of the house because I'm very childish. But during this lockdown, I'm understanding how much people at home depend on me a lot more. Because I haven't been home this much for the past 2 years. Now all of sudden I'm keeping track of what Papa is eating, or why Khushi is sleeping so long, and how they are going to get vegetables and if they are sanitizing everything properly or what the protocols are. I was thinking If I wasn't here I don't know what would have been happening. I think they would have managed. I think the responsibility has just dawned on me that they do depend on me a bit." 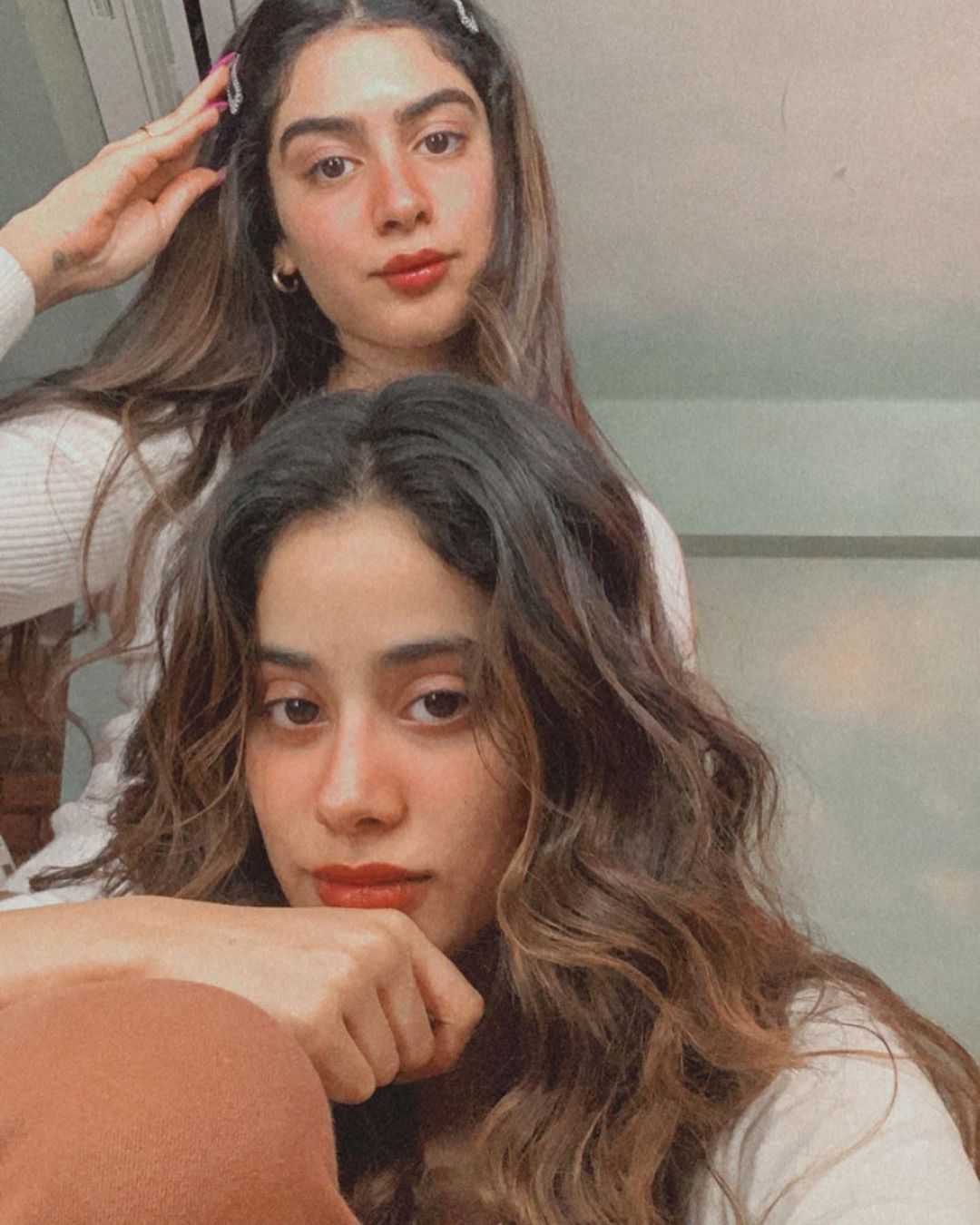 Janhvi and Khushi never fail to shower love on each other. Earlier, in a chat show, Feet Up with the Stars, Janhvi had revealed one thing they fight on the most. She had shared, "We share our clothes, but we have this thing that if you steal without telling, then it’s a thing. At this point, I don’t care. She still like... She’s very righteous, so she is like, ‘You cannot take something without asking.’ She feels like she needs to inculcate manners in me. So that’s where it’s coming from." (Don't Miss: Priyanka Chopra Looks Ethereal In A Red Saree As She Celebrates Karwa Chauth With Hubby, Nick Jonas)