All the crazy television people are in an elated mood these days as their favourite reality show, Bigg Boss is back. Yes, this time the show has returned with the new season, a little earlier than the usual time, courtesy the love of fans. Bigg Boss 12 is now aired on the prime-time slot of 9 PM. The concept this time is a singles v/s vichitra jodi idea and a beach-themed house. Well, ever since Bigg Boss 12 kick-started, one vichitra jodi that has grabbed all the spotlight is Anup Jalota and Jasleen Matharu. (You May Also Like: Bigg Boss 12 Contestant Karanvir Bohra's Daughter Vienna Misses Dad, Shares Adorable Message For Him) 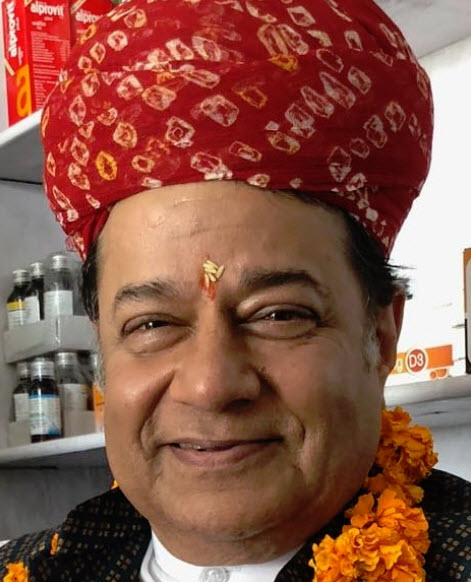 The romantic relationship of Jasleen Matharu and Anup Jalota has raised many eyebrows and left many tongues wagging. Many fingers were pointed against these two when they accepted that they are dating each other. And now, one more thing has come to the forefront. Well, Anup Jalota (one of the most controversial contestants of the season already), is apparently accused of casting couch by an Israeli model named, Rina Golan. 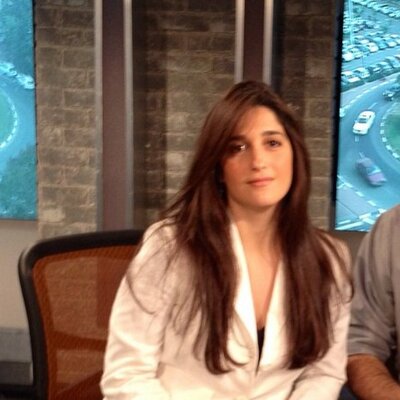 So, basically, Rina wrote a book named, Dear Mister Bollywood: How I Fell in Love with India, Bollywood and Shah Rukh Khan, which was a circulated at the MAMI Festival in the year 2010. According to a report by Masala, “The New York-based struggling actress made a shocking revelation that Anup would take special care of her, and in return, he would ask her to keep him company wherever he went, even if it was at the oddest hours!" Their report further states, "Reportedly, Anup had even bluntly expressed that he was tired of her (his wife) illness and wanted to run away. According to Rina, Anoop called her his ‘good friend' and even told her that he was ‘thinking about cheating on his wife'." (Also Check: Sreesanth Of Bigg Boss 12 Fame Had Affairs With 5 Actresses, Before Marrying The Princess Of Jaipur) 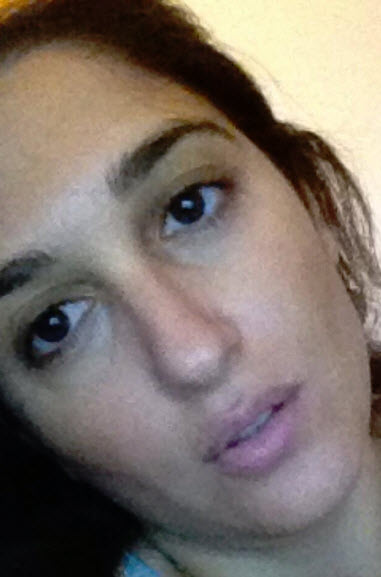 In fact, as per another online tabloid, Jansatta, Rina has mentioned the names of influential people from the industry who tried to take advantage of her. The model not only named Anup Jalota as one of those celebs but also mentioned the name of the famous director, Subash Ghai as well as producer-director, Anees Bazmee. 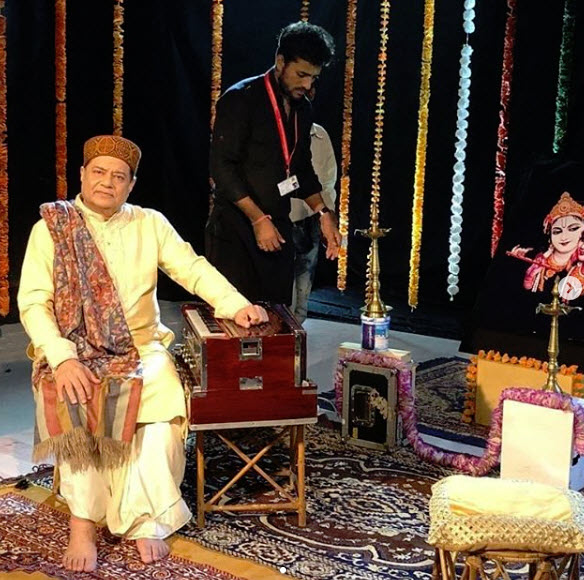 Talking about her story, she mentioned that it was Shah Rukh Khan who had influenced her to come to India and pursue acting as a career. As soon as she realised that her career in the showbiz world is not taking any relevant shape, she wished to return back. And then, she heard of a vitamin company that was starting in India, and she decided to stay back to promote it. She wanted famous Bollywood personalities to be a part of it, and thus, apparently, she got acquainted with Anup ji. The bhajan singer met the model a couple of times, but he never joined the company. Instead of joining the company, he, rather, asked her to start hosting his show and paid her 10 thousand per show. (Don't Miss: 'Bigg Boss' Ex-Contestant Hina Khan's Super-Sweet Gesture For Karanvir Bohra's Wife Teejay Sidhu) Not just this, as per the reports, Rina also mentioned that Mr Jalota asked her to be his wife and even forcefully tried to kiss her after calling her in his room. Rina even mentioned that even during flights, Anup preferred her sitting next to him. Rina quipped, “Anup said, "You don't have to worry. You are not alone anymore. From now on you will be part of our music group." Just when I was beginning to trust him and let my guard down, he broke his promise. When we were flying to different shows around India, Anup would always make sure that we were sitting together on the aeroplane. I would have preferred to sit with the other musicians. But he always insisted that I sit next to him.”

She further added, “He asked me if I knew that his wife was very sick. I told him that I knew. She'd had a heart transplant, and now she needed a kidney transplant... Anup claimed that since I was such a good friend he could confide in me. "I'm thinking about cheating on my wife.” 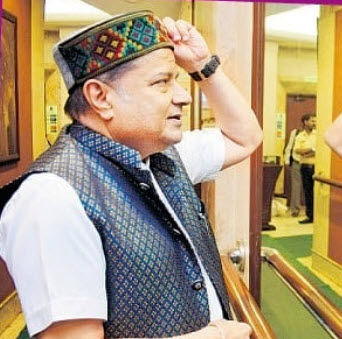 At that point, when the book was released, Jalota ji was asked to comment on it, and he rubbished the news saying that when people don’t get a job, they do such things. Anup was quoted as saying, "Jab aise logo ko kuch milta nahi hai to who yes sab bakvas likhte hai. I have just come back from Israel after doing a show. I am not denying the fact that I know this girl. She had worked and done many shows with me as a chorus singer. She used to also play keyboard and she played that as well. I think she was a part of my group 2-3 years back and she was here to start some business. But I guess that didn't happen and she left. I have not even spoken to her in the last 2-3 years." (Also Read: 'Bigg Boss 12' Fame Jasleen Matharu's Father Reacts To His Daughter Dating 65-Year-Old Anup Jalota) 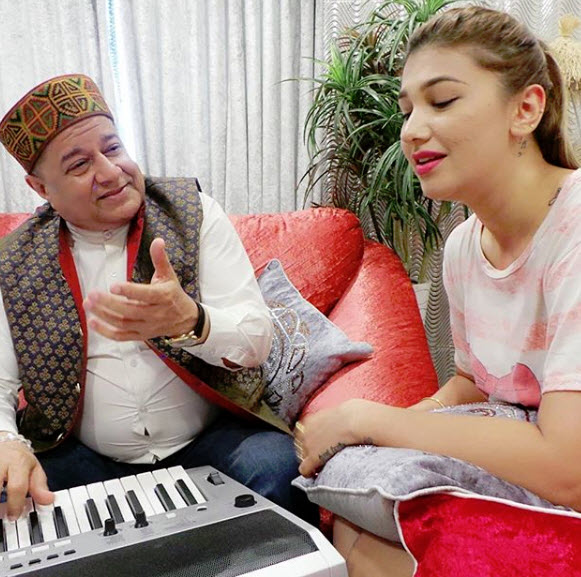 While talking to Mid-day, during the time he was getting ready for a slew of acting roles, he revealed that he is bored of this saint-like image. Here’s what Anup Jalota said, "I don't believe in doing anything on the sly. I love wine, and I have no qualms about sipping it in front of you." For the ones who have been living under the rocks all this while, Anup ji is currently in a relationship with his student and singer, Jasleen Matharu, who is his partner on Bigg Boss 12. Talking about her relationship status with The Times of India, Jasleen had earlier stated, “This is going to come as a huge shock to my parents and friends as no one is aware of my relationship with Anup Jalota ji. We have been dating each other for the last three and a half years. We usually don’t get time to spend with each other in the outside world due to our busy schedules, but now with the help of Bigg Boss, we will get to do so. Also, we will get to know if we can stay together forever”. 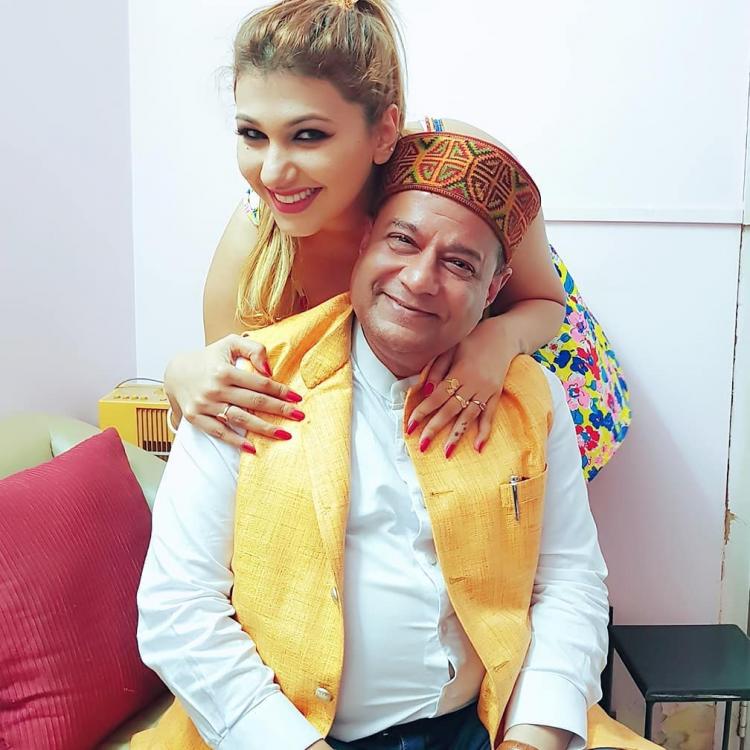 In fact, talking about the age-gap that the two have, she had remarked, “Age gap has never bothered us, and now once we go inside the house we will get to know the real reaction of people about our relationship. Since until now, nobody knew anything. So, whether good, bad or ugly, we will get reactions from the house”. In fact, outside the Bigg Boss house, when a media portal contacted Jasleen’s father, he defended his daughter and was quoted as saying, “My relatives are saying you should not let your daughter enter the house. Someone was saying- had she been my daughter, I would have killed her. I don’t believe in such drastic steps. We don’t have any right to take our kids’ life, but if she has made a mistake, she will have to face the repercussions”.

Well, God knows what all is more to come regarding Anup Jalota ji. What do you guys have to say on this? Do let us know in the comments section below!