Ishita Dutta wished her loving husband, Vatsal Sheth on his birthday by sharing an array of their lovely throwback vacation pictures. Scroll down to check it out! Drishyam fame, Ishita Dutta and Tarzan: The Wonder Car fame, Vatsal Sheth had met each other on the sets of Rishton Ka Saudagar- Baazigar. During their brief stint on the show, they had instantly felt the connection and had started dating. Although, the duo had kept denying the stories of their brewing love over and over. However, as they say, ‘Ishq aur mushq chupaye nahi chupta’ the two had fallen in love and had tied the nuptial knot in a closed knit ceremony on November 28, 2017, at Juhu's ISKCON temple. (Recommended Read: Smriti Khanna Says Breastfeeding Is A Challenging Task, Thanks Heavens For A Partner Like Gautam)

Funny, how they say that the most beautiful things in life are always the simplest ones. And the love story of Vatsal Sheth and Ishita Dutta will make you believe in the same. In an interview with SpotboyE, Ishia had spilt beans on how love had blossomed between them and had said, "The feelings generated gradually. We were doing a show together which ended really soon so after that we used to meet as friends. I can't pin point the time when we realised that we are in love. But mutually we had feelings for each other. One day he asked me, let's get married and I said yes."

Ishita Dutta took to her IG handle on August 5, 2020, to wish her loving husband, Vatsal Sheth on his birthday by sharing an array of their lovely throwback vacation pictures. Ishita and Vatsal looked adorable together with their goof expressions. Reflecting on how Vatsal is her best friend and the love of her life, Ishita curated a very sweet birthday wish for him, which can be read as "Happy happy birthday my friend my love my life.... Can never express is words what you mean to me n how much I love you.. Happy bday vatty. @vatsalsheth." 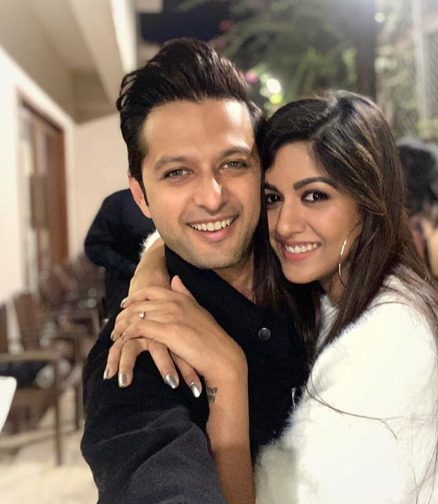 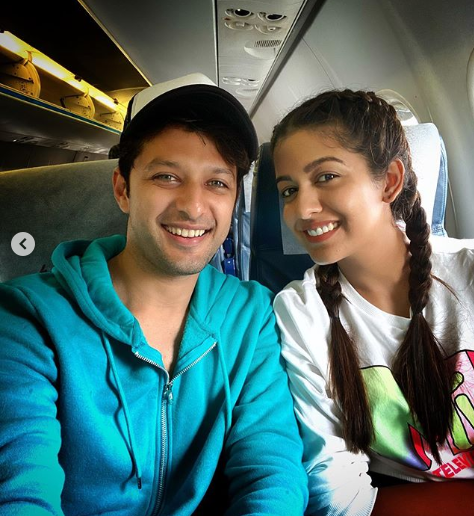 In a combined interview with SpotboyE, the duo was asked if they ever fight with each other, to which, Vatsal had said, "Well, such situations definitely come and we won't lie about it. I think every couple has an argument. But we don't fight beyond a level." Ishita had then added, "So, we have very stupid fights, at times we fight because we are feeling bored (laughs). But every time Vatsal is the one who comes and talks first. Because he believes we should solve the problem before we sleep and not take it ahead for the next day. Thankfully, hamare jhagde zyada aage jaate nahi."  Talking about how love on-screen is different from love off-screen, Vatsal had said, "People think that in real life too, we are exactly how we are on screen. But let me tell you, it's not true at all. In real life, we are extremely boring. If they think our love stuff and shaadi was romantic like in any film. So, no its not like that." (Also Read: 'Diya Aur Baati Hum' Fame, Prachi Tehlan's Pre-Wedding Ceremonies Begin With Bhaat Ritual [Pictures]) 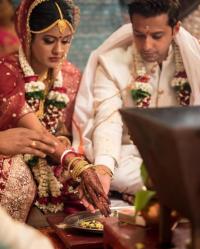 Earlier, in an interview with ETimes, Vatsal and Ishita had revealed why they had chosen to tie the knot in an intimate ceremony. Vatsal had revealed, "I was very clear that I want a small and private wedding. There were just 30-40 people at our wedding. I still feel very bad because I didn’t even invite my own cousins. I called them and told them the reason. We wanted to keep it very very small. Our wedding got over in an hour." To this, Ishita had added how there are still people, who are angry with them, "There were many people who couldn’t even arrive on time. They were going as per normal wedding schedule but by the time they arrived, meri bidaai ho gayi thi. There are still some people who are angry and we are sorry. We want to apologise." (Don't Miss: Kareena Kapoor Wishes Cousin Brother, Aadar Jain With An Unseen Picture Featuring Karisma And Armaan) 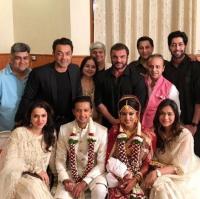