Smriti Khanna talks about how breastfeeding is a task in itself and how her husband, Gautam proves to be of great help in parenthood. Find out! 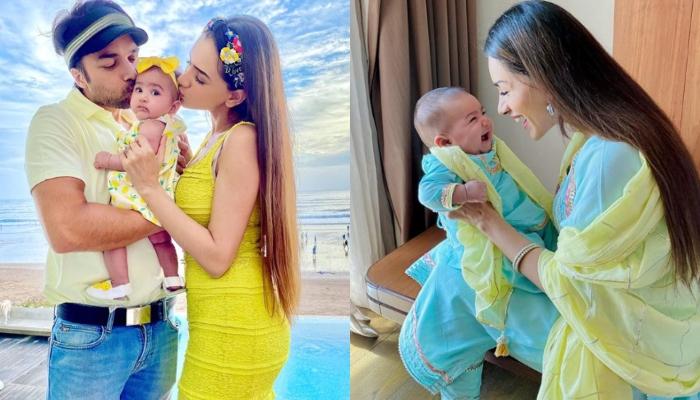 Meri Aashiqui Tumse Hi reel-life couple, Smriti Khanna and Gautam Gupta had decided on forever and had become a real-life couple on November 23, 2017. Since then, they have been giving sheer couple goals. Smriti and Gautam's social media feeds exude not only romance and love but also the fun that the two have with each other that makes their fans ROFL. And ever since a little doll, Anayka entered into their lives, the doting mommy and daddy's happiness knows no bounds, which is pretty evident from their social media handles as they're filled with pictures and videos of baby Anayka. (Recommended Read: Ajay Devgn Drops A Cute Wish For His 'Forever And Always' Kajol On Her Birthday With Throwback Photo)

Talking about Smriti and Gautam's baby girl's unique name, Smriti Khanna had revealed the story of the same in an interview with the Hindustan Times. She had said that it had taken them 20 days to decide her name. She had further revealed what 'Anayka' means and had added that it denotes 'powerful and complete'. She feels Anayka is an apt name for her daughter. 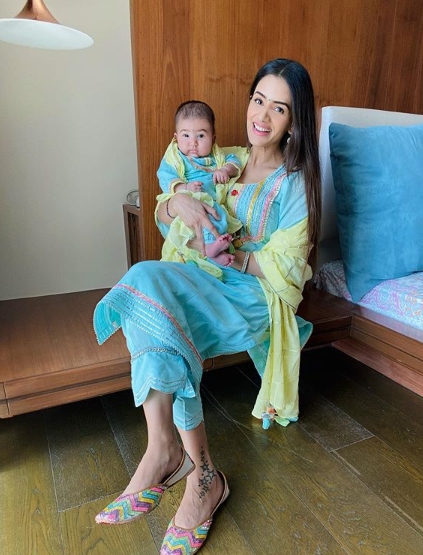 Smriti Khanna took to her Instagram handle on August 5, 2020, and posted an adorable twinning family picture. The pictures had Gautam sitting on a couch with baby Anayka in his lap and his wifey, Smriti by his side. Flaunting their yellow ensembles, the whole family looked like a bunch of sunflowers. In her caption, Smriti talked about how breastfeeding is a task in itself and how her husband, Gautam proves to be of great help in parenthood. Her caption can be read as "Having a nurturing and cognizant partner always standing by your side is such manna from heaven, especially when you enter motherhood and realize how challenging it can be when it comes to managing breastfeeding as a part & parcel of daily life routine. A very important thing that I and Gautam are learning during parenthood is how to be resilient and instrumental for each other!" 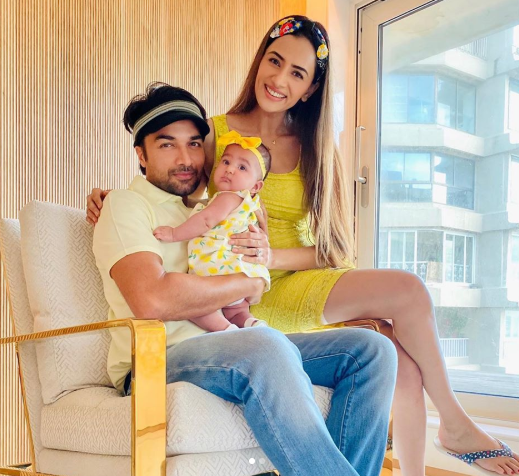 A couple of months ago, in an interview with The Times of India, Smriti had talked about her weight loss and postpartum depression. She had shared, "I have realised that even if you speak good on social media and educate people about pregnancy and mother, haters will still troll you. I felt that people did not discuss much about pregnancy, weight issues, breastfeeding and I feel these topics should come out openly in our society because there are so many myths and women struggle all their life to lose weight. There are so many times that this becomes a matter of depression for them. They stop stepping out because they are not looking a certain way or not fitting into their dress. Some women are scared to get pregnant. There is postpartum depression and it is a big thing and it is not spoken in India." (Also Read: SSR's Lawyer Claims Rhea Had Alleged Sushant's Sister For Molestation, Separating The Siblings) 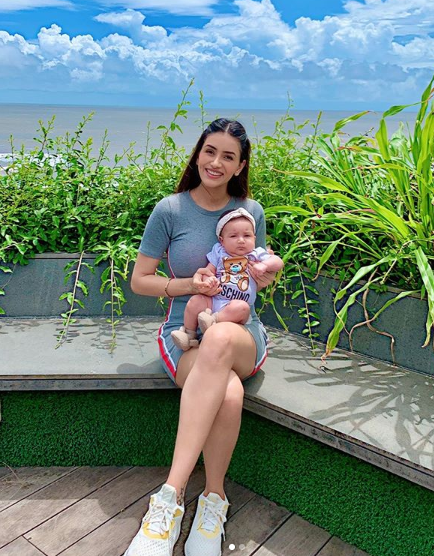 On July 15, 2020, Smriti had taken to her Instagram stories and had posted a picture of her daughter, Anayka. It was her funny caption that had made us go ROFL. The actress had found an uncanny resemblance between baby Anayk and a popular Bollywood character, 'Aloknath' and had written, "Mr Alok Nath in the house." atop it. She had also taken to her daughter's Instagram page, and had posted a couple of pictures of her baby girl as she had turned three-months-old. In the picture, we could see Anayka looking gorgeous in a pink dress, which was gifted to her by her maasi. Her look was completed with a matching pink hairband, and the post was captioned as "3 months old today. Thank you @mallika999ks masi for this outfit .. I love it." (Don't Miss: Natasa Stankovic Flaunts Her Post-Pregnancy Transformation Five Days Post Delivering Son In A Selfie) 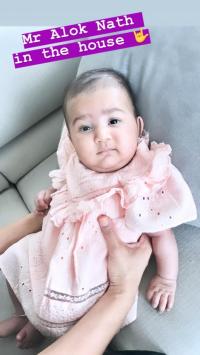