'Phone Bhoot' actor, Ishaan Khatter opened up about whether his much-discussed comment, 'No phone calls for 2 weeks', was about his ex-girlfriend, Ananya Panday or not. Find out!

The popular young celebrities of the Bollywood industry, Ananya Panday and Ishaan Khatter were leading all the headlines with their relationship. However, just when their fans were expecting big things, the ex-couple called it off a few months back. Yes! The stunning couple is no longer together, and their fans are still drooling over their old moments when they were together. Both Ishaan and Ananya have moved on in their respective lives and also riding high on their respective professional fronts.

However, despite their breakup, Ananya and Ishaan still share a friendly bond with each other, courtesy of their maturity. For the unversed, Ishaan and Ananya's relationship rumours were confirmed when the ex-lovebirds had gone on vacation separately but returned together.

Recommended Read: Sania Mirza Asks A Painful Question In Her Cryptic Post Amid Reports Of Divorce From Shoaib Malik In a candid conversation with Bollywood Bubble, Ishaan Khatter opened up about his ex-girlfriend, Ananya Panday and cleared reports of mentioning her in his last visit to Karan Johar's show, Koffee With Karan season 7. For the unversed, when Karan asked Ishaan to name the worst thing he had done as a boyfriend, the latter responded and admitted that he had not answered his girlfriend's call for two weeks. The revelations left Karan in shock, as Ishaan had said, "When I was upset, did not answer the call for two weeks." Soon after the telecast of the show, everyone started speculating that Ishaan was talking about Ananya, as they were in a relationship and called it off recently. However, in his latest interview, he denied all these rumours. He said: 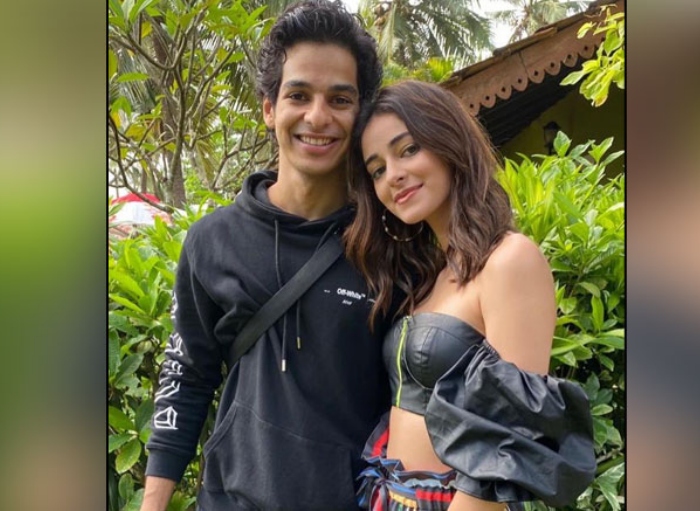 Going back to the tenth episode of Koffee With Karan season 7, when Ishaan Khatter had talked about his breakup with Ananya Panday and spilt some beans about the factors that led to it. It was on September 5, 2022, when the show's makers uploaded a video promo when Karan asked Ishaan about his present status with Ananya. The Khali Peeli actor had admitted that he would like to remain friends with her forever. While praising her as a person, he had said:

"Yeah, I mean, I would hope to have her as a friend for the rest of my life. She is one of the most wonderful people I have known. She is a sweetheart, she really is. Anyone who has met her would say this. She genuinely is a sweetheart. And all pulpy questions aside, she is someone who is very dear to me and will always remain so."

Don't Miss: Nick Jonas' Ex GF, Olivia Culpo On Her Heartbreaking Story: 'I Thought We Were Going To Get Married'

A few months ago, in an interview with Bollywood Bubble, Ananya Panday had opened up about her then-boyfriend, Ishaan Khatter. While praising him for his kind and supportive nature, Ananya had said that Ishaan is an adorable and extremely supportive person, which is quite rare in today's time. Elaborating more on it, she had said:

"He is someone who has been a very big influence on me in terms of cinema and acting. Even his personality is extremely loving and sweet, and supportive. I am surrounded by a lot of love, so I am very grateful." On the professional front, Ishaan Khatter will reportedly be next seen in the film, Don't Look Up.

KWK 7: Ishaan Khatter On His Break-Up With Ananya Panday, Says 'She Genuinely Is A Sweetheart' 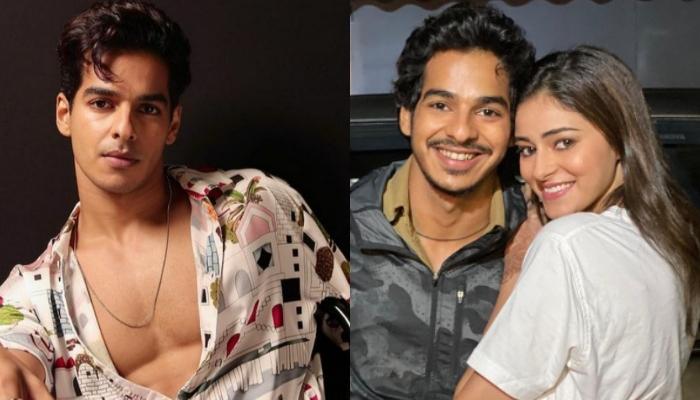 Ishaan Khatter is one of the most handsome actors in Bollywood. He has entertained us with films like Dhadak, Beyond the Clouds, Khali Peeli and more. Besides his professional life, Ishaan often grabs attention for his personal life. And the same happened when the actor along with his Phone Bhoot co-stars Katrina