Shloka Mehta and Isha Ambani Piramal were best friends before being 'nanad' and 'bhabhi'. We recently stumbled upon some throwback pictures of the two from one of their school trips.

The memories we make during our childhood days last forever and no matter what, we always cherish them throughout our lives. From sneaking out for a movie to planning a pyjama party, one can never forget the fun-filled childhood days. And as we talk about childhood days, how can we not mention the beautiful friendship between Akash Ambani, Shloka Mehta, and Isha Ambani. Mukesh Ambani and Russell Mehta’s friendship goes a long way and the same friendship is carried among their kids. (Also Read: Tanuja Recalls How Her Daughter, Kajol Confessed of Being Head-Over-Heels In Love With Ajay Devgn)

Akash Ambani, Isha Ambani Piramal, and Shloka Mehta grew up together as they had studied at the Dhirubhai Ambani International School. Isha had gotten married to Anand Piramal in 2018 and in 2019, Akash had tied the knot with his childhood sweetheart Shloka. While discussing the adorable bond between the Ambanis’ and the Mehta’s, we have recently stumbled upon some old pictures of the nanad-bhabhi, Isha Ambani Piramal, and Shloka Mehta from their teenage days. Isha Ambani Piramal and Shloka Mehta were best of friends before they had become nanad and bhabhi. They used to hang out a lot during their childhood days and we recently got hold of some throwback pictures of the same. In the pictures, which was taken from one of their school trips, Isha and Shloka, dressed in their casual best, were seen having a gala time with their girl gang. One glimpse of the pictures will make you take a trip down the memory lane and cherish some adorable moments of your childhood. 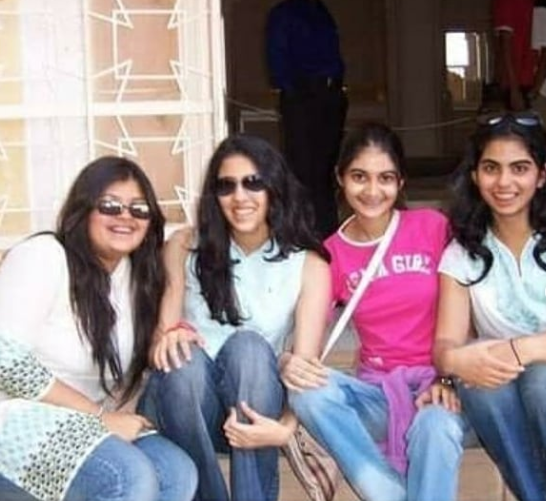 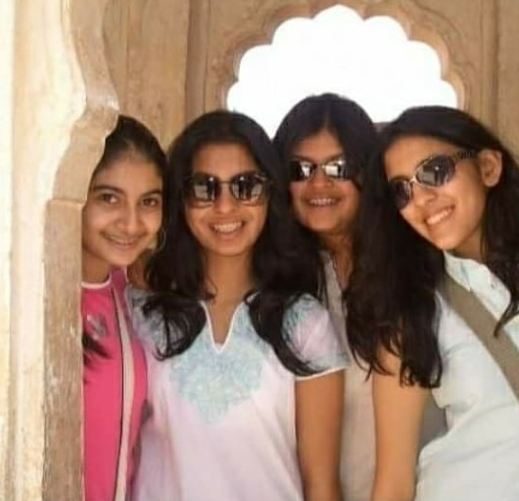 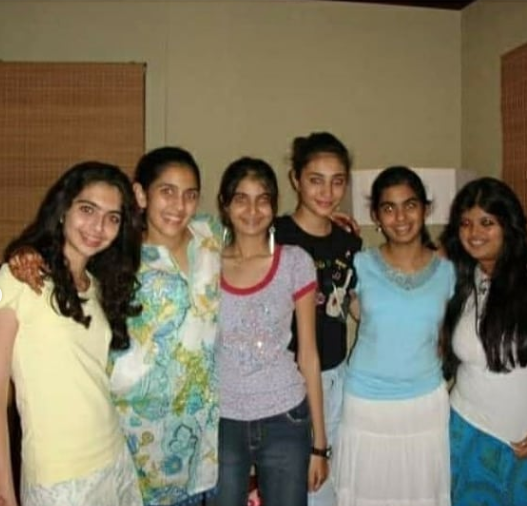 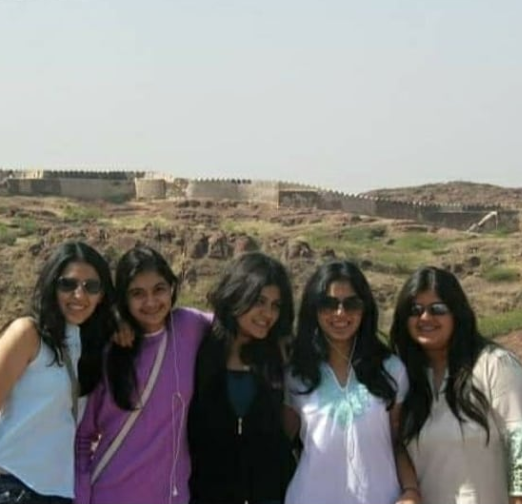 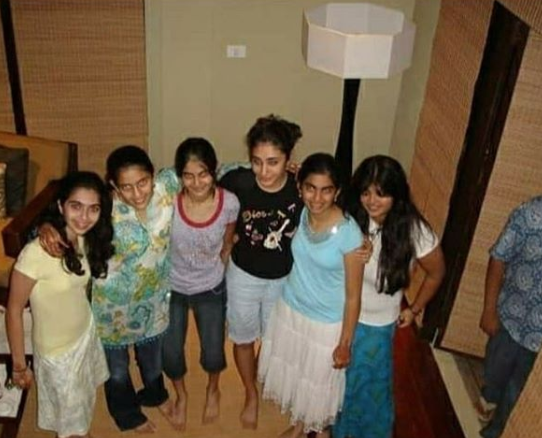 It was on March 9, 2019, when Isha Ambani Piramal’s twin brother, Akash Ambani had gotten married to Shloka Mehta. The pictures of Akash and Shloka lovingly looking at each other and Isha pulling her brother’s ears and their gorgeous mother, Nita Ambani warding off evil eye from the newly-wed had made us yearn for more. (Also Read: Isha Ambani Piramal And Anand Piramal Are A Sight To Behold As They Pose With Their 'Nanis') 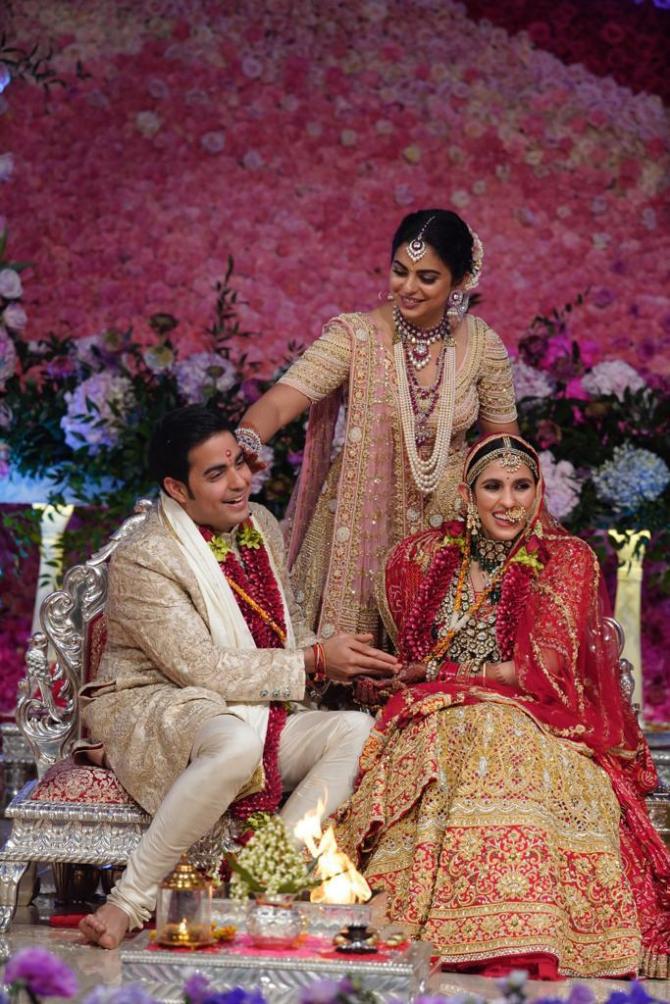 In an interaction with Vogue, Isha Ambani Piramal had revealed that her twin brother, Akash Ambani willingly had given up his wedding dates for her. Talking about the same she had stated, "Akash has the largest heart ever. He changed his wedding dates for me. He got engaged to Shloka before Anand and me, but he was like, “I’ll get married afterwards, you take my wedding dates.” He’s like one of the most—I don’t think there’s a word for it in English—“dayalu” humans in this world. He’s empathetic, gracious and gentle, just like Shloka." 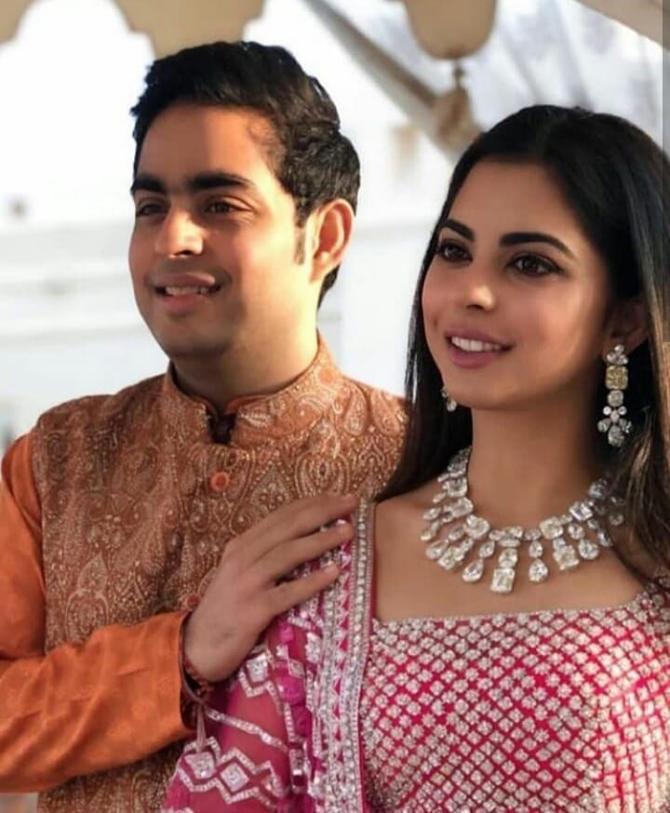 Isha and Shloka’s sister, Diya (Mehta Jatia) were best friends and were in the same school before Isha had moved to Dhirubhai Ambani International school. Talking about ther camaraderie with her sister-in-law, Shloka, Isha had stated, “In fact, Shloka’s sister, Diya [Mehta Jatia] and I were in the same class in Sunflower and then in JB [Petit]. We have been best friends for over 25 years. Then when I moved to Ambani, I skipped a grade and went to Shloka’s class. So I’ve been like a third sister to them.” 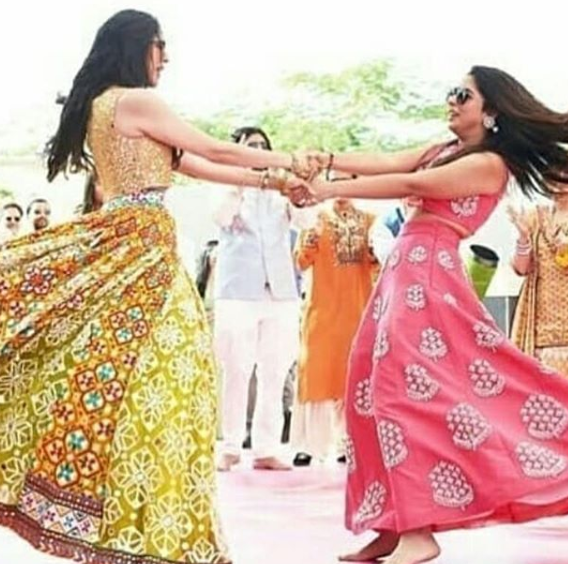 During Akash Ambani and Shloka Mehta’s wedding, social media was trending with ceremonies from their sangeet, mehendi and other functions. One video, which had got everyone’s attention was Isha Ambani welcoming her bhabhi, Shloka to their family. In the video, Isha was seen performing some rituals guided by her mother, Nita Ambani while welcoming her bhai and bhabhi.

Amongst everything else, it was Isha’s heart-melting speech for her bhai-bhabhi that had made us teary-eyed. Welcoming her childhood buddy, Shloka to her family, Isha had said, “Today is all about 'hearts'. The theme is 'hearts', Shloka is a 'heart', Akash is a 'heart'; it's about the greeting of hearts, the meeting of hearts, and the celebration of hearts. And Anant and I are all hearts for Shloka and Akash. I don't think our hearts could burst anymore with love and affection than it is today. And, we are just so happy to call Akash our bhai and Shloka our Bhabhi.” 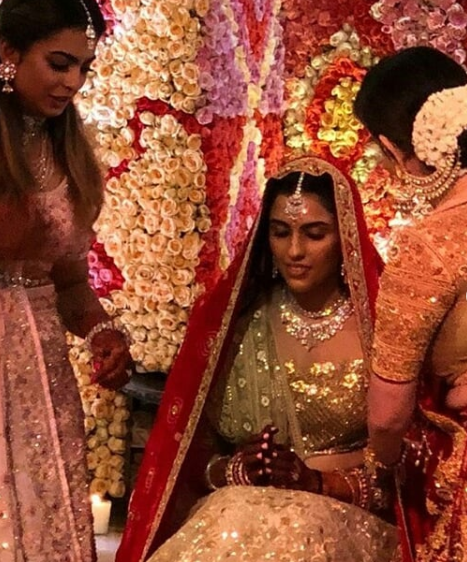 Recalling Shloka being a part of their family since childhood, Isha had continued, “Welcome to the family. But the truth is that Shloka has been a part of our family since as far as I can remember. Diya (Shloka's sister) and I were in school together, and Diya is the first best friend I ever had. And, by relation, Shloka has also been my best friend since...I don't know, I can't even remember a time in my life when I didn't know Shloka. So in many ways, this is the officialising the fact that we were sisters; born to different mothers. And I am just so happy that I finally get to call her my real sister. And, our family feels complete in a way that it never did before. So, welcome to the family." (Also Read: Maanayata Dutt On Having A Difficult Time Being Accepted By Sanjay's Sisters [Throwback Interview]) Well, we love the bond between Shloka and Isha. What do you think? Let us know. The Ambani clan is one of the richest families in Asia. Be it their charitable works or their larger-than-life wedding festivities, Ambanis always grab the headlines. It was in 2019 when Mukesh and Nita Ambani's elder son, Akash Ambani had tied the knot with his childhood sweetheart, Shloka Mehta. With a