Irrfan Khan’s son, Babil has decided to share his late father’s throwback videos and pictures to find happiness and spread love. Scroll down to know more! 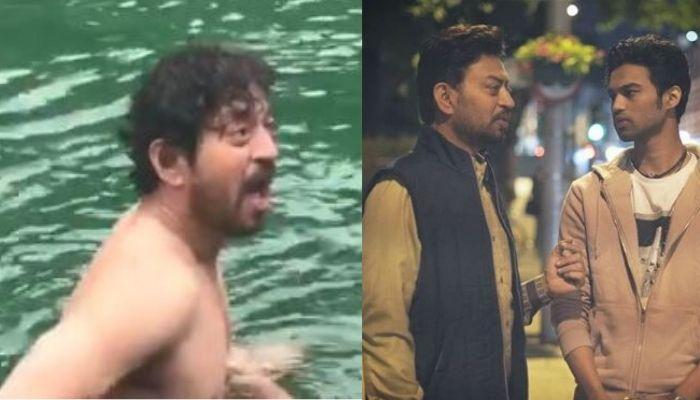 Life is never easy when you have some memories that you can neither cherish, nor forget. One such memory is the death of a family member. No matter, how hard you engage yourself with work or keep yourself busy with activities or how many years pass by, there is a part of you that miss that person deeply. Their memories and that day play constantly in the back of your mind, and you cannot help it. You cannot do anything more than missing that person. The wounds do not heal, you just get used to the pain. And you find your happiness in the old pictures and videos you are left with. (Also Read: Ekta Kapoor Shares Unseen Family Photo With Brother, Tusshar And Parents Jeetendra And Shobha Kapoor)

On April 29, 2020, the nation felt a wave of shock and sadness as the news of Angrezi Medium actor, Irrfan Khan's demise broke. The entire nation felt a void in their life as nobody saw this coming, nobody was prepared for this, and nobody ever wanted this to happen. Irrfan was a gem of a human and his honest genuine reactions still make us happy. The only thing now is that behind the smile, everyone has sadness and millions of thoughts and questions, and this is certainly because his death felt like a personal loss. Well, when this is the condition of the entire nation, imagine how the family must be coping with the loss! Irrfan’s son, Babil has decided to share his father’s throwback videos and pictures to find happiness and spread love. It is obvious for a family member to miss the person, who has left them for their heavenly abode. Irrfan Khan’s son seems to be missing his demised father, as he is constantly sharing some of the unseen memories of his father on his social media handle. As it’s been a week since Irrfan Khan’s demise, on April 5, 2020, his son, Babil Khan took to his Instagram handle to share two throwback videos of his late father dipping in the icy cold lake as he was fond of swimming. In the first video, Irrfan can be seen dipping into the lake while people can be heard cheering for him, as he soaks into the icy-cold water. In the other video, Irrfan can be seen half dipped into the water, as he says ‘It’s ice’ referring to the water and as always his dialogue can make you feel the intensity of cold the water must have been. Along with the videos, Babil also shared an art piece of his father done by Bollywood Art Project on his Insta story. Take a look at the videos and story. 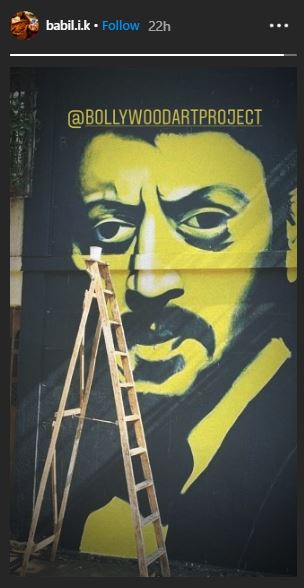 On May 3, 2020, Babil had shared a series of pictures of his father from the days of NSD. In the first picture, Irrfan could be seen sitting, wearing specs and concentrating over something, while the other two pictures are from some play. Along with the black-and-white and sepia pictures, Babil had written, “NSD.” Take a look at the pictures below. (Recommended Read: Sonam Kapoor's Hubby Anand Ahuja's Sassy Replies On Her Throwback Photoshoot Photos Is Husband Goals) 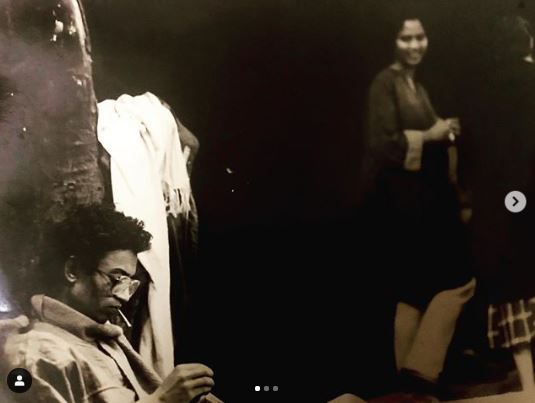 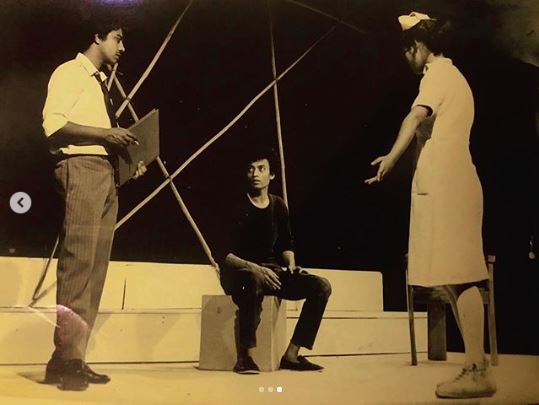 On May 1, 2020, also Babil Khan had taken to his Instagram handle and had shared an unseen video of his father. The video was proof of Irrfan's love for food and enjoying the little moments as we could see him eating pani puri after a long shoot. Alongside it, his son had written, "When you’re on diet for so long and then the shoot ends and you can have pani puri." Check it out below. (Don't Miss: Niti Taylor Showering Birthday Love On Her Fiance's Sister Speak Volumes Of Their Sister-In-Law Bond) 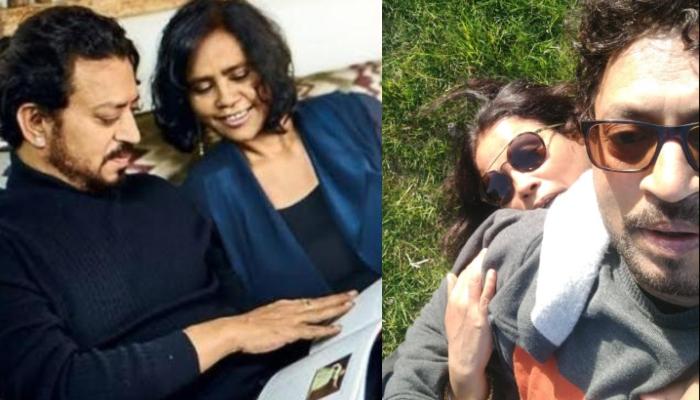 The whole nation had gone into a state of utter disbelief and shock on the morning of April 29, 2020, when Angrezi Medium actor, Irrfan Khan had taken his last breath in Mumbai and had left us all without taking a moment to say goodbye. No words can ease the pain of