Television queen, Ekta Kapoor shared an adorable family picture from her childhood on Instagram featuring her brother and parents. Take a look! 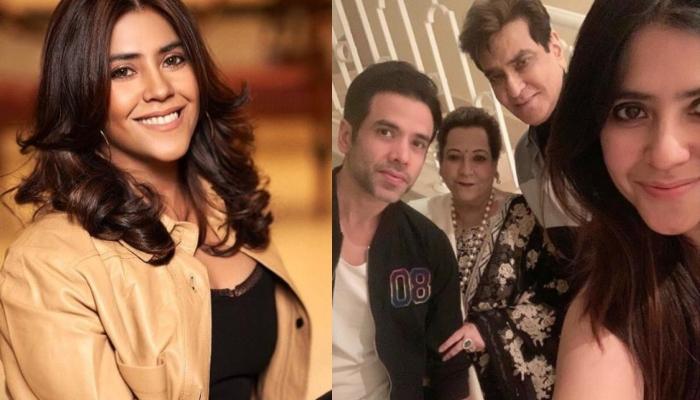 You’ll find someone, who’ll love you for the rest of your life unconditionally, you’ll find someone who’ll make you laugh in your darkest times, and you’ll find someone who’ll support you in your every dream. But you’ll never find someone, who’ll match the level of sacrifices done by your parents for you. Despite doing tons of sacrifices for their children, they never ask for anything in return and all they ever ask for is just some minutes of chat and holding your hand or a hug from you. One celebrity, who never skips a chance to talk about the importance of her parents in her life, is the lady, who has transformed the face of Indian television, Ekta Kapoor. (Recommended Read: Niti Taylor Showering Birthday Love On Her Fiance's Sister Speak Volumes Of Their Sister-In-Law Bond)

As we all know that the whole nation is under lockdown because of the COVID-19 pandemic and Ekta Kapoor is also spending time with her family and loved ones. Recently, the director-producer posted a beautiful picture from the memory lane featuring her parents and brother.

On May 4, 2020, Ekta Kapoor took to her Instagram handle and posted a beautiful picture with her brother, Tusshar Kapoor and parents, Jeetendra and Shobha Kapoor. In the picture, we can see Ekta Kapoor looking adorable as her mother, Shobha looks busy in instructing her son, Tusshar on how to pose for the pose. It’s easy to suspect that the picture is taken a long time back and it has been clarified further by the caption of Ekta Kapoor along with the picture that can be read as “Well well! We have come a long way! Guess what my dad is thinking.” No wonder we all want to know what Jeetendra ji was thinking in the picture. Take a look! (Don’t Miss: Shoaib Ibrahim And Dipika Kakar's Look Of Love Is All About Allah's Mercy And We Are All Hearts)

Well, everyone is aware of the love and respect that Ekta holds for her parents in her heart and never skips a chance to share pictures with them. For instance, on February 1, 2019, Ekta’s mother and managing director of Balaji telefilms, Shobha Kapoor had celebrated her 70th birthday. To wish her doting mother, Ekta had shared a lovely picture of her mother and had written a heart-melting note for her, indicating that she has given her the best birthday gift ever, by gifting her Ravie Kapoor! Ekta had written, “Happie bday to my boss! U cannot deny that on your 70th I have given the best bday gift to u! And I cannot deny that now I’m RULED BY TWO AQUARIANS.” Take a look.

However, in a lot of interviews and media interactions, Ekta Kapoor had revealed that her parents are the reason behind her success and growth. The doting parents had given the room to their daughter to find herself, what she wants to become and then had helped her in achieving those dreams. On TED Talks India Nayi Soch, Ekta had revealed how her father, Jeetendra had reacted when he was asked to buy gold for his daughter by someone instead of investing in her career. Proudly revealing what her father, Jeetendra had said, Ekta had recalled, “The gold should be within her. What will she do with tangible gold?” Stressing on the same, Ekta had continued, “I want every girl to find the gold within her. And that gold should shine on the entire world.”

On April 7, 2020, when Jeetendra had turned 78, his doting daughter, Ekta Kapoor had posted a video on her Instagram handle that consist a lot of unseen professional and personal pictures of the veteran actor. Ekta had captioned the video as “Happie bday papa! Ur d most positive person I know! May u stay happy n have long joyous life !u r a role model for all of us! Loveeee uuuu.” Take a look. (Also Read: Neetu Kapoor Thanks Ambani Family For Being Their 'Guardian Angels' In Rishi Kapoor's Cancer Journey)

Do you love Ekta’s throwback picture? Let us know! 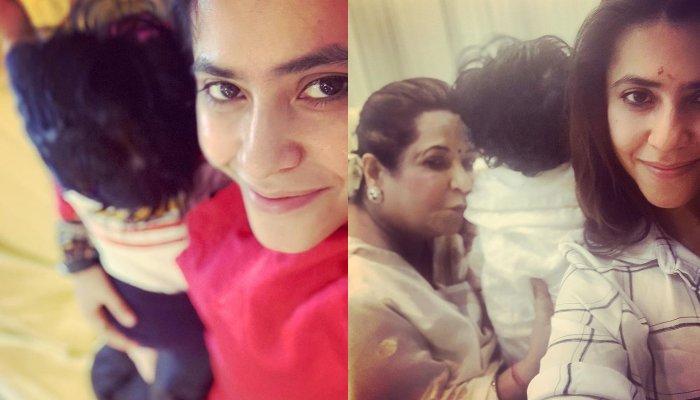 How amazing a feeling it is to thrash stereotypes and live beyond societal standards! Gone are the days when people would have to get married to bear children. If your heart years to hear the word ‘Maa/Paa’ but you aren’t sure about getting married, there are various ways via which