In mid-2019, Ira Khan had made it to the headlines for her relationship with a musician, Mishaal Kirpalani. And now, if the reports are to be believed, the couple has called it quits.

Who would have thought that once-strangers turned friends and then lovebirds would become strangers again? For some love stories, history does repeat itself but it doesn’t teach us how to unmeet and unlove someone. The happily-ever-after is now once-upon-a-time and just as much as we hate saying this, some love stories have an end like this. Looks like Aamir Khan’s daughter, Ira Khan’s love story with musician, Mishaal Kirpalani also couldn’t stand the test of time. (Also Read: Rithvik Dhanjani And Asha Negi Call It Quits After More Than 6 Years Of Relationship, Details Inside)

In mid-2019, Ira Khan had made it to the headlines for her relationship with a musician, Mishaal Kirpalani and fans had loved how the starlet didn’t shy away from flaunting the man she loves. In an ‘Ask Me Anything’ feature on Instagram, Ira had interacted with her fans and had clarified her relationship status. When a fan had asked her, "Are you dating someone?", Ira had replied with a picture hugging her ‘man’ and tagged the love of her life, Mishaal Kirpalani. And that had sufficed all!

Aamir Khan's Daughter, Ira Khan Confirms Being In A Relationship With The Musician Mishaal Kirpalani 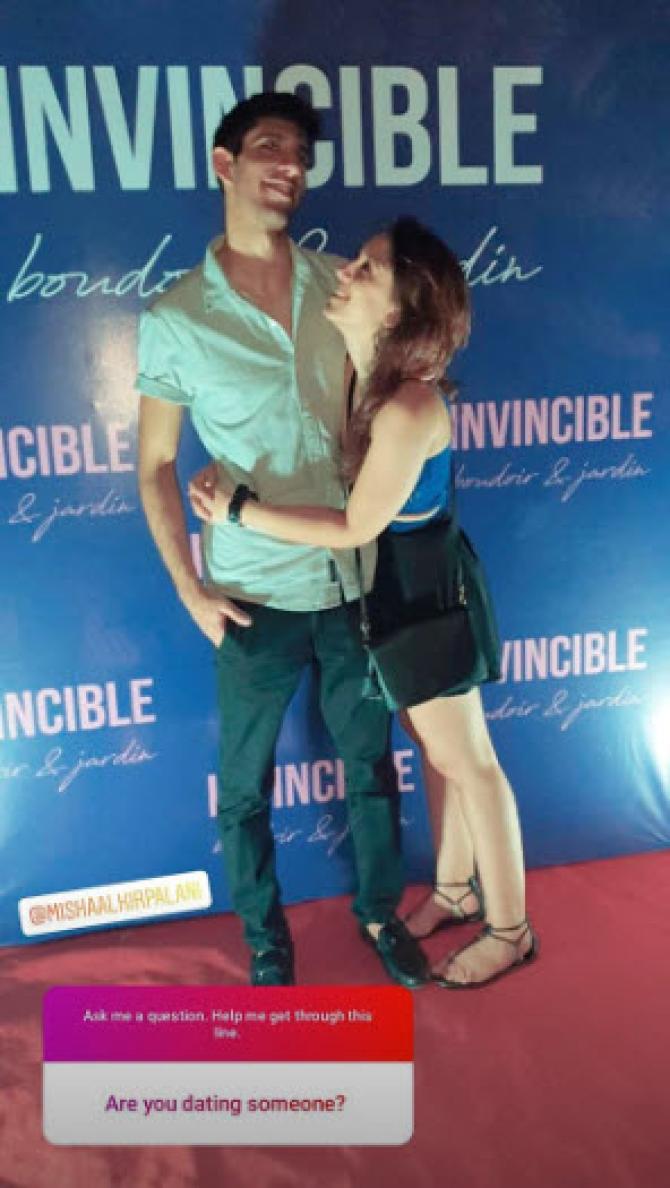 But now, if a SpotboyE report is to be believed, Ira Khan and Mishaal Kirpalani have called off their more than two years of relationship. A source close to the couple has informed the media portal that Ira and Mishaal’s relationship had hit a rough patch and they had stopped meeting each other. Ira’s focus on her professional life had affected her personal life and they have decided to take a break from each other.

Wondering what is keeping Ira Khan busy? On the professional front, Ira had made her directorial debut with a theatre production, Euripides' Medea. The play was an adaptation of Euripides' Greek tragedy, Medea and starred Aamir Khan's son, Junaid Khan and actress, Hazel Keech. Speaking about her directorial debut, Ira had said in a media interaction, "There wasn't any particular reason why I picked theatre first and not a movie. I want to do both of them in my life. I just happen to be working backstage and I saw the stage and I thought let's do this. There was no particular reason why I wanted to do a play first and not a movie." (Also Read: Karan Kundrra And Anusha Dandekar Call It Quits After More Than Five Years Of Relationship [Details])

Apart from her personal life, Aamir Khan and Reena Dutta’s daughter, Ira Khan had hit the trend chart with her debut photoshoot picture. Dressed in a crochet top and hot pants and finishing out her bohemian look with beaded hair, Ira was plagued by an existential question - "Who are you?" Exploring the answer with fashion, Ira had explained, “Who are you? I've never had an answer to that question but at different points in my life, I've been overwhelmed by the question or at peace with not having figured out the answer just yet. The exciting moments are when you realize you can choose who you want to be and just how many things you want to be. And also that no one thing defines who you are. In this piece, fashion is my tool of exploration. But its just that.. one of the many ways to explore this idea.” If you are hoping to see Ira Khan making her Bollywood debut soon, then you’re wrong! Aamir Khan’s daughter has no interest in working in front of the camera as she believes that she is more comfortable working behind-the-camera. In an interview with the Hindustan Times, Ira had said, "I've always felt more comfortable and enthusiastic about working off-stage or behind the camera rather than being in front of it. I've never felt the inclination to act except if it were in an action film, so I get to learn all the cool stunts. Then again, I can just learn how to do the stunts without a film to work on."

In June 2019, Ira Khan had taken to her Instagram handle to post an adorable video with her beau, Mishaal Kirpalani dancing the night away. Ira and Mishaal were out with their friends and the duo couldn’t stop dancing with each other as the music and the vibe of the place were just as right! In case you missed it then do notice the video in which as soon as Ira spotted that their moments are being saved on the phone, she leaned towards him and had hugged him tightly so as to not let him go! She had captioned the video as “I just wanna dance with you @mishaalkirpalani.” Her hashtags too, spoke a thousand words, “#dance #slowdance #thirdwheel #love #squishies #karaoke.”

In an interview with the IANS, Ira Khan had admitted she had never wanted to make her relationship public with Mishaal Kirpalani. She had elaborated, “I wasn't trying to be open about it. I was just posting what I felt like posting. I try and keep my account pages as real as I can. And that is what I felt like posting and so I posted it. It depends on the kind of person you are. If you feel like being open about it, you should be open about it, and if you don't, then don't. I was not trying to be open, but I was also not trying to hide anything." (Also Read: Milind Soman Posts Wedding Photo With Wife, Ankita Konwar, Compares It With Grandparents' Picture) On the professional front, while Ira is making her career in direction, Mishaal is focussing on his music. 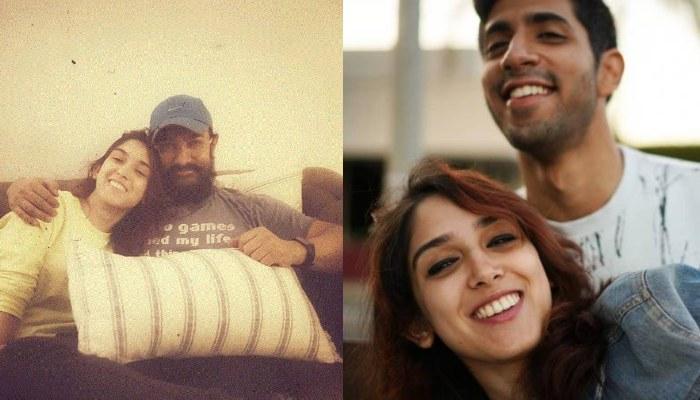 When you are not sure when it happened or even when it started, but you find yourself falling deeply in love, that is the time to realise that you have found your soulmate. Has it ever occurred to you, how you got so lucky in love and met the perfect

Aamir Khan's Daughter, Ira Khan Confirms Being In A Relationship With The Musician Mishaal Kirpalani