Celeb weddings here and celeb weddings there, that is how crazy the wedding story of our glamour world stars look like! After an array of celebrities becoming their lover’s forever this year, ‘Comedy King’ Kapil Sharma got married to his long-time sweetheart, Ginni Chatrath in a big fat traditional Punjabi wedding in Jalandhar, yesterday (December 12, 2018). (Do Read: 'Chandra Nandini' Fame Shweta Basu Prasad And Rohit Mittal's Pre-Wedding Rituals Begin, Pics Inside)

Kapil’s wedding was everyone’s matter of interest. Famous for his jovial and flamboyant attitude, who would Kapil get married to, was everyone’s matter of interest. It was only on November 27, 2018 that Kapil confirmed his wedding news when he shared his wedding invite. And yesterday, the first-ever picture of Kapil and Ginni as a married couple were out and we totally can’t get over how mesmerising they looked in red and green. Here is the picture that Kapil shared on his Instagram:

After seeing this, we can totally imagine how excited you must be to see what else happened at their wedding. Punjabi weddings are almost synonymous to fun and frolic and Kapil’s wedding truly lived upto our expectations. The following series of videos and pictures will give you a complete glimpse of all the rocka-rolla that happened at Kapil-Ginni ki shaadi! Take a dig and keep scrolling! 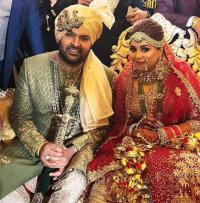 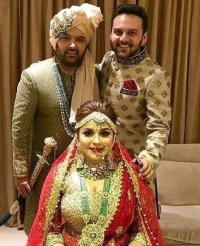 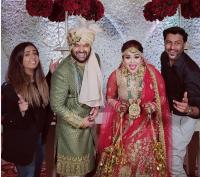 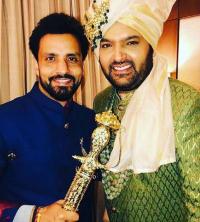 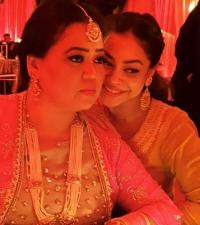 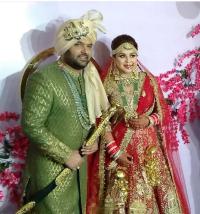 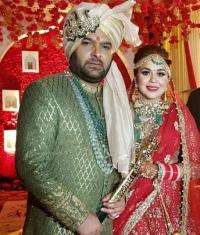 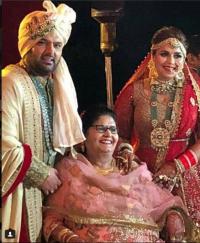 Weren’t they all amazing? For the uninitiated, some renowned faces of the music world have already rocked and will continue to rock his wedding. Famous Punjabi singer Master Saleem and Richa Sharma began the couple’s pre-wedding celebrations with the Mata ka jagran held at Kapil’s sister’s residence on December 10, 2018. As Kapil’s to-be-Mrs is a big fan of Gurdas Maan, the ace singer had performed on their wedding yesterday and Daler Mehendi will rock the stage on December 14, 2018, at their wedding reception! Also, checkout a few pictures of Gurdas Mann’s performance at their wedding: 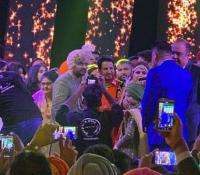 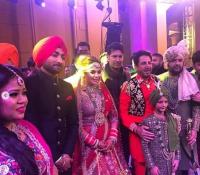 In an earlier interview with IANS, the Firangi star confirmed his wedding news. Revealing details about the same, he had stated, “The wedding is on December 12 in Jalandhar. That’s Ginni’s hometown. We wanted to keep it low key. But Ginni is the only daughter in her family. Her folks wanted the wedding to be on a lavish scale. And I completely understand their sentiments. My mother also wants the wedding to be lavish”. He had further added, “My mother has been saying that I should get married for a long time. Suddenly I realised that ‘abhi age ho rahi hai’ (I am getting on in age). So, I thought what if she says ‘no’ and after one or two years, no one agrees to get married to me.” And Kapil has left no bounds to achieve that! (Do Read: Isha Ambani And Anand Piramal's Fun-Filled Jaimala Ceremony Video, Guess Who Wins?)

Kapil’s wedding had been celebrated for over a span of 4 days. A source had shared with Mumbai Mirror, “The celebrations will kick off with a Mata ka jagran at Kapil’s sister’s residence on December 10. This will be followed by a mehendi and sangeet ceremony at the bride’s place the next day. A five star has been booked for the big fat Punjabi wedding on December 12. It will be followed by a reception party on December 14 at another five-star in Amritsar.” 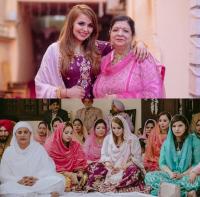 In an interview with Bombay Times, Kapil and Ginni got all candid about their wedding and how they had each other’s back in difficult times. Speaking about how love happened between the duo, Kapil stated, “She studied in HMV College (Jalandhar). I was a scholarship holder, as I was a national winner in theatre. I was a student of APJ College and in order to make some pocket money, I started directing plays. I went to audition students at her college and that’s how we met in 2005.” Ginni then went to audition for a play and that’s where the two met for the first time. Kapil continued, “She was 19 then and I was 24. I was tired of taking auditions and explaining the role to the girls. Ginni was so good that I was quite impressed with her and told her to audition the girls for me. As we started the rehearsals, she started bringing food for me. Back then, I thought that she was doing it out of respect.”

For the uninitiated, Ginni’s father had once rejected Kapil’s marriage proposal. Revealing about the incident, he shared, “When I started earning well, my mother took my marriage proposal to her family, which got rejected. Inke papaji ne bade pyaar se bola, ‘Shut up’ (laughs!). Thereafter, I got busy with work, while she pursued MBA in finance. I guess, she kept studying to avoid marriage proposals. At that time, I was settled in Mumbai, and so much was happening in my life. I then realised ki itna kuchh hua hai, but isne kabhi mujhe disturb nahi kiya. Itna patience kisi mein nahi dekha maine. Jab ye sab gadbad chal rahi thi, that’s when I decided that it was the right time to marry. It was my decision, because ye toh padhai kare hi jaa rahi thi (laughs!). So, on December 24, 2016, I called and told Ginni that I wanted to marry her. My mother has always been fond of her.” (Checkout! Additi Gupta's First Look Post-Marriage From Wedding Reception, Looks Stunning In Chooda And Sindoor) 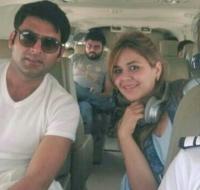 Kapil and Ginni, you both look lovely together! We wish you an eternity of happiness.