Bollywood singer, Adnan Sami's had an inspiring weight loss journey, he had lost 155 kgs. Read on to know all about his flab-to-fab journey!

Bollywood singer, Adnan Sami, is best known for songs like Kabhi To Nazar Milao, Lift Karaa De, Tera Chehra, Tu Sirf Mera Mehboob and many more. The 50-year-old singer is a recipient of the Padma Shri and is known across the globe for his soulful music. While his professional life has always seen the highs, his personal life was quite the opposite. For the unversed, Adnan Sami had three failed marriages

However, at the age of 39, Adnan Sami had found love in Roya Faryabi and the duo had gotten married on January 29, 2010. After seven years of marital bliss, the beautiful couple had become proud parents to a baby girl, whom they have named, Medina. But not many know that Adnan Sami once weighed around 230 kg. And in the year 2007, he had lost around 155 Kgs, leaving everyone shocked. Let's take a look at Adnan Sami's weight loss journey!

Recommended Read: Papaya To Peaches: 15 Best Low Calorie Fruits For Weight Loss, How To Eat It And In What Quantity Everyone knows that Adnan Sami was way too obese, which was the reason that he couldn’t even see his knuckles. The situation got worse when he had to undergo a knee surgery called lymphedema. For this very reason, he was advised complete bed rest for three long months. And when all of this happened, he had another problem named sleep apnea. As and when he used to lay down, his extra bulge was pushed against his lungs.

You May Also Like: 9 Easy Detox Juices That You Can Make At Home To Lose Weight Adnan Sami had got a strict warning from his doctor to shed those extra kilos. In an interview with the Mumbai Mirror, Adnan Sami had recalled the time and had said:

"One day, my doctor bluntly told me that he wouldn't be surprised if my parents found me dead in a hotel."

At this point, he was completely shaken out of his complacence, and he decided to focus all on losing weight, keeping aside the work commitments. He had decided to move to his hometown, Houston, to seriously start his weight loss journey. 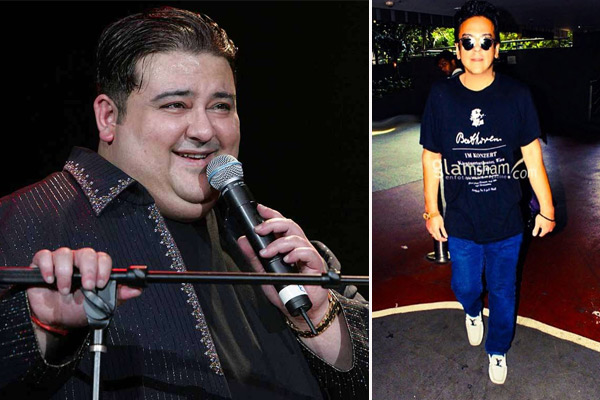 On June 6, 2006, the singer eat to his heart’s content for the last time before actually starting the weight loss trip. He ate everything from a huge cheesecake to a potter house steak with lots of butter to mashed potatoes. From June 7, 2006, he had started his journey seriously and dedicated himself to a low-carb high protein diet. 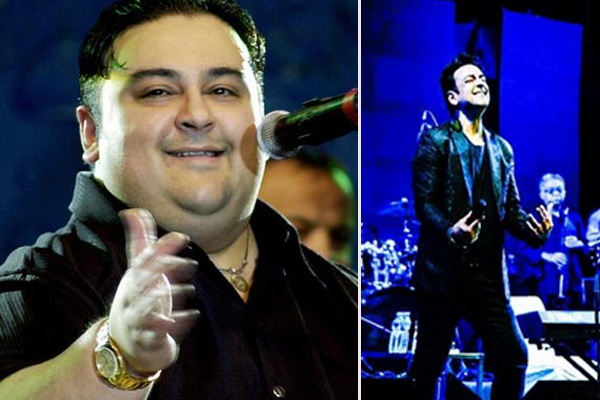 In Adnan’s case, every step taken was a complete challenge. As we all know that he was morbidly obese, and this was the reason that he was unable to do workouts in the initial phase. His body was not that strong to bear the weight of doing exercise. If he had started working out at that time, it could lead to a heart attack. His first step was to lose all the weight solely through diet and a strict plan. In Houston, from where he was getting all the guidance on losing weight, he had hired a nutritionist. The nutritionist then came to know that Adnan is an emotional eater who ate at times, he is happy, and also when he is sad. And then, his low-carb diet plan was made to kickstart his journey! Adnan had to consult a nutritionist to start with a proper diet plan, and controlling his eating habits was a big challenge for him. In an interview, he had stated:

“I lost weight by consulting a nutritionist. It was as challenging for me as it would have been for anyone trying to lose weight, and I dealt with these battles on a daily basis.” 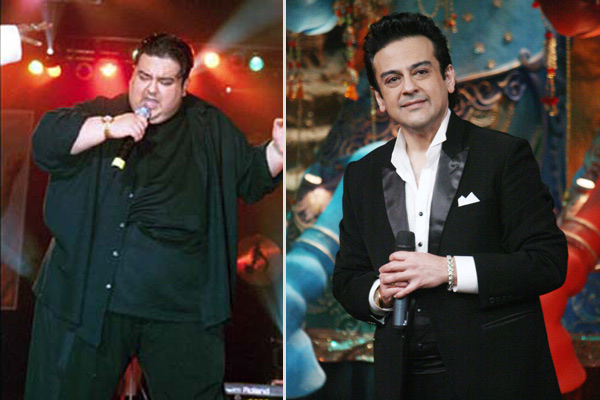 He had to give up white rice, bread and all the junk food. In place of all these, he had started focusing on eating more salads. Plus, he had begun eating popcorn without butter, tandoori fish and boiled dal, putting less oil in all the recipes.

Do Check Out: 6 Foods That Do More Harm Than Good If Eaten At The Wrong Time In addition to this, to satisfy his sugar cravings, he had switched to diet fudge sticks, sugar-free drinks, and diet ice lollies. He also had to stop drinking alcohol since it slows the weight loss results. He used to start his day with a cup of tea with no sugar in it at all. The lunch plan was inclusive of vegetable-based salad along with just a teaspoon of a fat-free dressing and some fish. And for dinner, he didn’t eat chapatti or rice; it was just plain boiled dal or roasted chicken. After losing 40 kilos through a diet plan, Adnan Sami had started his workout regime. For which, he had got training from Mumbai’s famous trainer, Prashant Sawant. Adnan Sami was a lot heavy and couldn’t run. So, he had started off by walking a short distance, and when his weight came a bit more down, he had increased the time of walking. 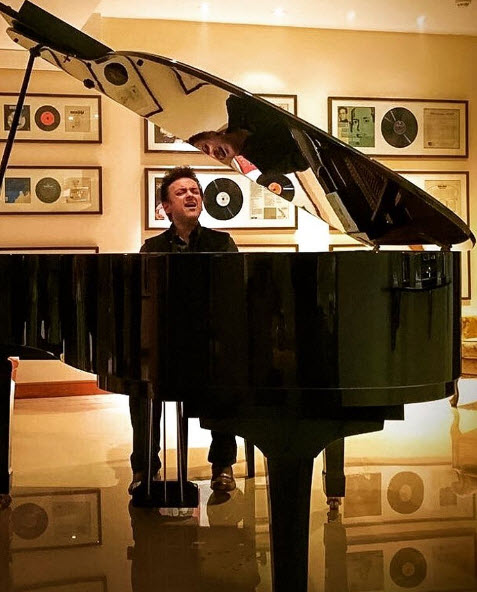 Prashant had taken a couple of months to be sure if Adnan could run on a treadmill, and then he had given him a complete exercise program. Adnan Sami's weight loss plan was a mix of weight training and cardio exercises, and it was an hour session. He had worked out six days a week for a few months. Adnan was stunned by the results and later even stated:

‘I could lie down, sleep longer, stand longer and move freely’. Recollecting the period when he was trying to lose weight, Adnan was quoted as saying:

"Losing weight is like running a marathon, where running the last lapse is the toughest. You know you are close to victory but you're nearing exhaustion and need to put in that last-ditch effort, no matter what. I am able to keep at it only because of the co-operation and support I have received from my family and friends. It's getting very tougher each day but I am heartened by the support I have been receiving." 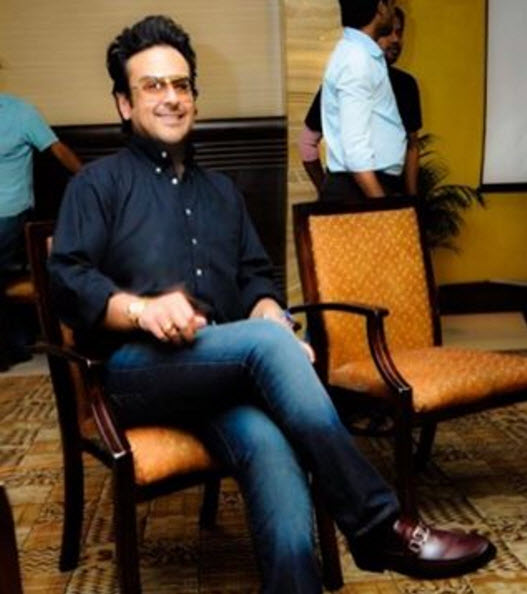 Adnan Sami had started his weight loss journey with 230 kilos. After which, in just a matter of 16 months and a lot of hard work, he had lost 10.5 kilos approximately in a month. Amazing, right? Adnan had talked about shedding those extra pounds and had said:

“I feel that weight loss is 70 percent psychological and 30 percent physiological. Most of the times, our body says enough but it is the mind that is greedy and wants more. It is this disagreement between mind and body that creates a problem. Train your mind to resist the temptation but it’s quite easy to train the body than the mind.”

Adnan Sami had not undergone surgery to lose weight 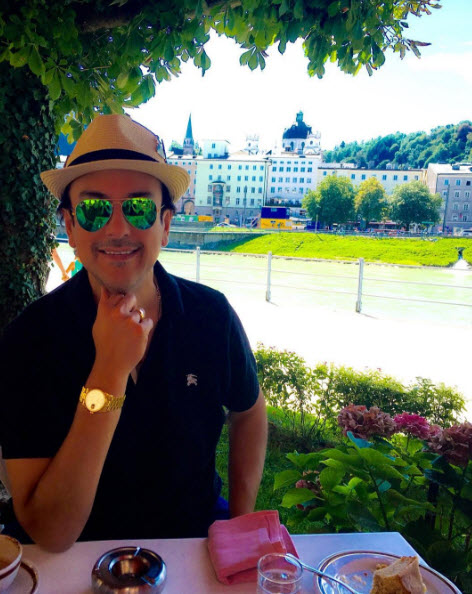 Many people think that Adnan might have undergone liposuction surgery to lose weight. But the singer had shunned the news in an interview with the Hindustan Times. He had burst out laughing and had said:

“Liposuction is for people who are slightly chubby, not for somebody who weighs 230 kg. To actually squeeze out that fat, I’d need a vacuum cleaner”. 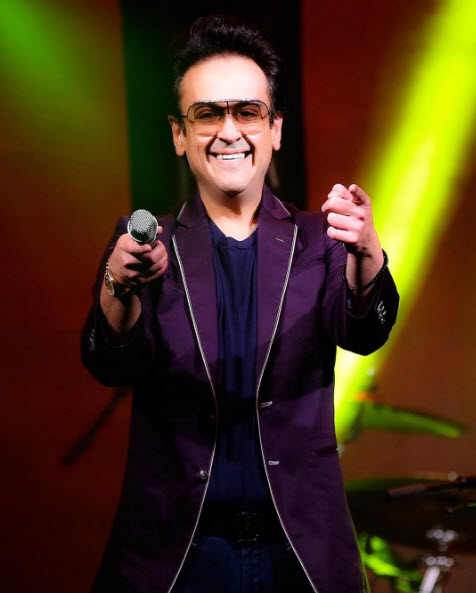 Such an incredible journey it is, don’t you think so too? There is no denying that Adnan Sami has inspired a lot of people with such a commendable change. He still is inspiring them as he has maintained the lost weight all this while.