Hrithik Roshan shares a great bond with his father, Rakesh Roshan. In a throwback interview, Hrithik had opened about his father’s struggles and how they couldn’t afford house rent. 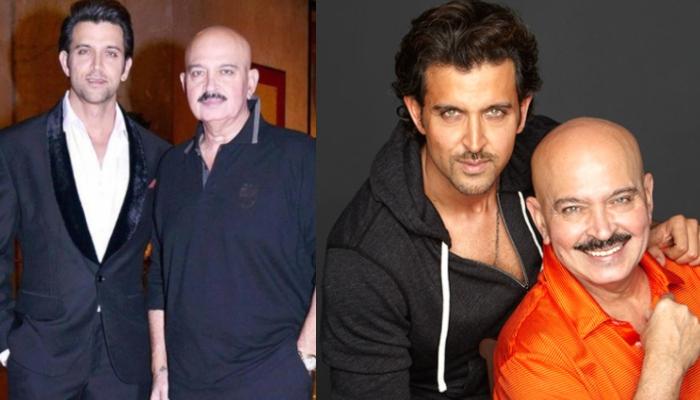 We love the luxurious life of celebrities and how everything around them is as glittery and happy as it could be. But the grass always looks greener on the other side as many celebs, who enjoy a larger than life status have their own stories of struggle. From superstar, Rajinikanth, who was a bus conductor in the Bangalore Transport Service while acting in plays to Shah Rukh Khan, who had worked as a concert attendant, and had even slept on railway platforms, every big name of the glamour world has their own stories of struggle. And one such celebrity is actor-cum-director, Rakesh Roshan, who had his own tryst with struggles at the early stages of his career. (Also Read: Kunal Kemmu Opens Up About His Fights With Soha Ali Khan, Reveals Why He Fails To Match Up To Her)

Son of noted music director, Roshanlal Nagrath, Rakesh Roshan had appeared in almost 85 films but as an actor, he was mostly seen in supporting roles. After his father’s untimely death, Rakesh Roshan had started his career as an assistant director. He had made his debut with the film, Ghar Ghar Ki Kahani, where he had played a supporting role. He had gotten solo roles in women-oriented films like, Paraya Dhan, Aankh Micholi and Khoobsurat where the focus was more on the heroine. Most of his solo hero films flopped at box office. With limited success in the early years of his career, Rakesh Roshan and his family had to face a lot of hardships. His son, Hrithik Roshan, one of the highest paid actors in India had recalled the journey of his father’s struggling period. 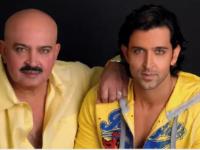 In the year 2006, Hrithik Roshan had appeared in Simi Garewal’s talk show, Rendezvous with Simi Garewal with his then wife, Sussanne Khan. In the show, Hrithik had opened up about his father’s struggling days and how the family had faced a lot of hardships since they didn’t have money to even pay the house rent. He had further stated that his mother, Pinky Roshan had taken him and his sister, Sunaina to her parent’s house and dad, Rakesh Roshan had lived with his mother since he didn’t have enough money to buy a house for his family. He had also recounted the days when they had slept on the floor and had revealed, “Until the time my dad could earn enough money to buy another house. And then we shifted into another house which was barely just walls and floors. We slept on gaddas, these mats and slowly got the furniture in.”

Hrithik had made his acting debut in the year 2000 with his father’s directorial, Kaho Naa Pyaar Hai. Since then, there was no looking back for the handsome actor. With his commitment and focus towards work, Hrithik has proved that it is not just nepotism that works, but hard work too pays off. Like every son, Hrithik shares a warm rapport with his dad, Rakesh Roshan and has always been vocal about his love for him. In a throwback 2012 interview with the Filmfare, Rakesh ji had talked about his son’s diligence and had stated, “Even when he assisted me, he took a keen interest in filmmaking. He never flaunted his status. He stayed with the unit and not in a five star hotel with us. He has seen my failures. He knows that in the long run it’s only hard work that pays. If you don’t attend a party it won’t matter, but if you don’t deliver it will.” (Also Read: Esha Deol's Rare Childhood Picture With 'Papa', Dharmendra, Standing On His Back For Horse Ride)

On Teacher’s Day, i.e, September 5, 2019, Hrithik had taken to his IG handle and had shared an emotional note for his greatest teacher, his father, Rakesh Roshan. Sharing a beautiful picture of him with his dad, Hrithik had written, “I have always been a student of Life. The burning desire in me to learn, is as blazing as a toddler. But before I could understand and interpret my many life lessons, it was my Father who taught me. Thank you Papa, for teaching me things that no education institution, no acting classes, no book could. for making me understand and not only see, for pushing me to think before I act. You make me be a better human, father, son, actor and friend. Thank you for being an example, it is upto you I look, when my children look for their dad. Happy Teacher's day.” 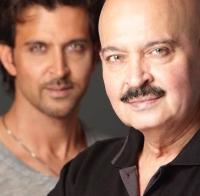 In an interview with the DNA, Rakesh Roshan had talked about his absence during his children’s growing up years. Talking about how Hrithik was always closer to his mother, he had shared, “He was always closer to his mom. I was struggling to make my mark at the time, so I could not spend much time with my children. But I would make sure we went for holidays. I would join them just for about three or four days. Growing up may have been tough for them because I could not give them everything as I couldn’t afford it. But I made sure I brought them up really nicely.” (Also Read: This Is What Aishwarya Rai Said When Asked Whether She Had Made 'Paranthas' For Abhishek Bachchan)

What do you think about Hrithik's bond with his father, Rakesh Roshan? Let us know. Some relationships don’t need a tag, they work on the basis of understanding and compassion. Same is the relationship of Sussanne Khan and Hrithik Roshan as despite parting ways, the two are still spotted together, supporting one another. The two had started their journey as friends and the life had