‘Yeh Rishta Kya Kehlata Hai’ fame, Hina Khan and Rocky Jaiswal are one amongst the ‘IT’ couples of the telly land. Scroll down to see how these two have each other’s back! “Haan koi chori chori mere sapno mein aaye, haan ye dil anjani dori se bandha jaaye, vishvas ka hai gath bandhan, janmon ka ye pavan bandhan, ek pal me yun kaise jud jaata hai, yeh rishta kya kehlata hai…” Making this song a part of every home during their dinner time, Hina Khan was somewhere getting to know what does that rishta means when she had fallen for the assistant director of Yeh Rishta Kya Kehlata Hai, Rocky Jaiswal. While this show was her debut and she kicked off her career with it, little did she know that she would start her love chronicle too. (Also Check: Kartik Aaryan Holds Umbrella For Sara Ali Khan To Save Her From Rain As They Come From Dance Session)

From being best of friends to lovers, Rocky and Hina are one of a kind couple and have been going strong ever since they had met. If it was Hina’s smartness and honesty that made Rocky go weak in his knees, it was his friendship that stole Hina’s heart. And after collecting all the guts when Rocky had proposed Hina on national television when she was inside the Bigg Boss 11 house, he had made every HiRo (as their fans love to call them) fan go crazy for them! And that was the start of Hina and Rocky’s love-filled PDAs. 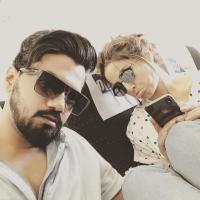 Just like many other days, yesterday on September 11, 2019, Hina Khan took to her official Instagram handle to share a sneak peek of her workout videos. In the video, she could be seen showing her back while pulling some weights, and on the other hand, Rocky, as per being a mushy romantic partner, posted a similar video that had him flaunt his back while pulling weights. Atop the same, he wrote, “I watched your back” and ‘You watch mine’, tagging Hina in the caption. Checkout: 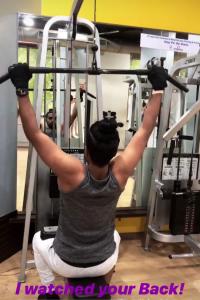 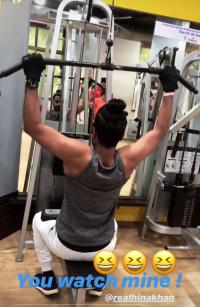 Digging into their love story, Rocky had once stated, “We met on the sets of Yeh Rishta Kya Kehlata Hai for the first time. What attracted me to her was her dedication to her work. I have seen a lot of actors, but she is one of the smartest of the lot. It is almost unreal if you find a person who's so honest all the time. She calls a spade a spade every single time. And that's the most important thing I love about her. Besides, she is the prettiest woman in the world.” (Also Read: Celina Jaitly Reveals Youngest Son Arthur Had Struggled In ICU For 2 Months, Battling For His Life) 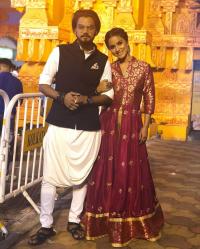 It is but obvious that you might hate or dislike some of the habits of your partner, so when Rocky was asked this question in one of his interviews, he had retorted, “One thing that I probably don't like about her is that she has no filter when she talks. She doesn't know diplomacy and how to say things correctly and that's why she is sometimes scrutinised in a way that is not positive.” 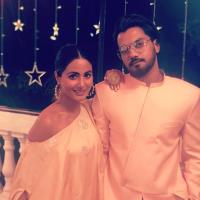 In case you are wondering when these two much-in-love people would walk down the aisle, Hina had once remarked, “No, not at all. If anything happens, it will be a marriage which I've already said won't happen anytime before 3 years. I don't understand why they can’t do without making news that includes me. This is nonsense”. (Do Read: Ayushmann Khurrana Reveals How He Has Been Missing The Young Days Of His Kids Due To Work Load) 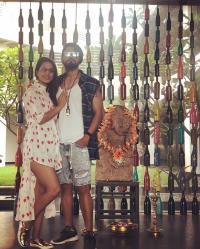 What do you guys think about Hina and Rocky’s workout pictures? Do keep us posted! 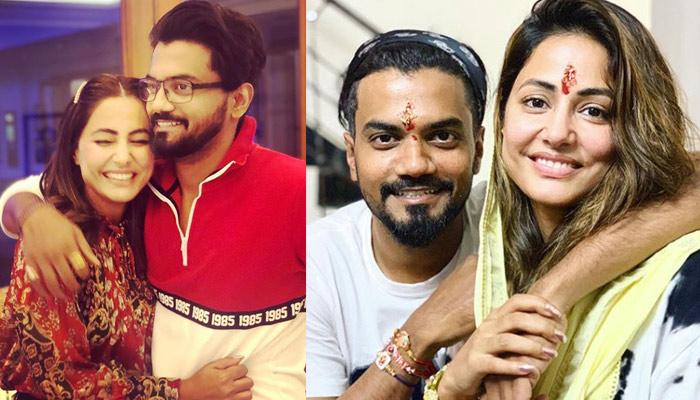 Whether you have been married for decades or are in a brand-new relationship, to keep the spark of love alive, soulmates must indulge in some sweet nothings. Whether it is about planning a surprise out of nowhere or simply saying, ‘I love you’ once in a while, all this is