Ayushmann Khurrana is married to Tahira Kashyap since 2008 and the couple is parents to Virajveer Khurrana and Varushka Khurrana. Checkout as Ayushmann reveals he misses spending time with kids. 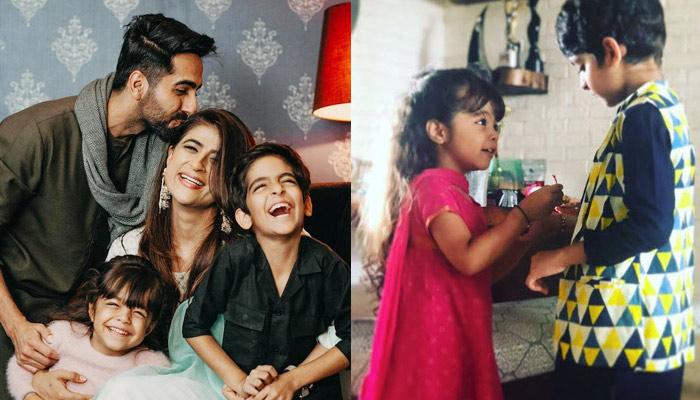 Born without a silver spoon and starting his career fairly good with Vicky Donor and later moving on to doing Meri Pyaari Bindu, this handsome hunk and Roadies 1 winner has enthralled everyone with his amazing performances. With Bareilly Ki Barfi and Shubh Mangal Saavdhan in 2017, this heartthrob made his space in commercially successful films' list. Standing now in full pride holding the National Award for his commendable performance in Andhadhun, he is climbing the ladder of success, like how. By now, you might have guessed as to whom we are talking about. Yes, it is none other than, Ayushmann Khurrana.

Whilst you are making it big in your professional life, somewhere down the line, your personal space does get affected. And same is happening with Ayushmann Khurrana! Amidst the life of glitz and glam, he badly misses spending time with his kids. For the unversed, Ayushmann Khurrana is married to Tahira Kashyap since 2008 and the couple is blessed with a son and a daughter, Virajveer Khurrana and Varushka Khurrana, respectively. (Also Read: Sonam Kapoor Ahuja Gets Emotional About Being Married To Anand, Says She Has Never Been Happier) In the latest media interaction, Ayushmann Khurrana opened up on spending time with his kids and how he sorely misses being with them in their young days. Ayushmann was quoted as saying, “I try to be, but I hardly get time. I am missing the young days of my kids right now because I am travelling most of the time, living out of a suitcase, shooting four films back to back. They miss me and I miss them immensely.” 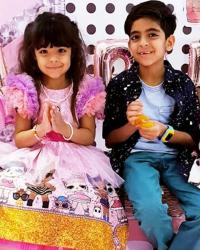 Earlier, in an interaction with the IANS, Ayushmann had shared that his son, Virajveer doesn't comprehend his genre of films as he rather prefers watching fantastical heroes like that of Varun Dhawan and Tiger Shroff. In Ayushmann’s own words, "When it comes to my son, since he is just a seven years old boy, for him, it is all about fantastical heroes and that is why he likes Varun Dhawan and Tiger Shroff." The Anadhadhun actor had further gone on to explain, "He does not understand my story space. But maybe one day, he will be proud of me, my choice of films... When he grows up, not now. I think if the story is progressive and compelling, I go for it, and that way, I would have made these choices even if I was single." (Checkout: Arjun Rampal's GF, Gabriella Bonds With His Elder Daughter, Mahikaa Over Lunch Outing, Pics Inside)

On the similar lines, in a heart-to-heart conversation with Rajeev Masand sometime back, Ayushmann had shared how he doesn't allow his kids to watch his films, "My kids are not allowed to watch my films. They will see every other film - Gully Boy, Varun Dhawan's films, everything. I am conscious in a way. Every film has a kissing scene so it's not right for them to see their father kissing some other woman.” 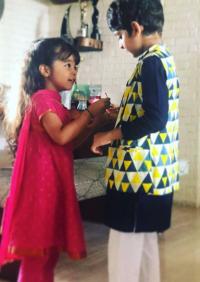 Stating the reason behind the same in yet another interview of his, Ayushmann had said that he doesn’t believe in hypocrisy and had remarked, "I don’t believe in hypocrisy. Why can’t we discuss problems openly? Yes, I do films that are bold and hard-hitting, yet family-oriented ones. All my films are made sensibly and honestly, though. But I take a conscious decision that my kids do not watch movies, where I’m not seen kissing their mother. They’re very small now and I want them to believe in the institution of marriage. Watching me kiss another woman may not be taken positively at this age." (Also Read: Kamya Panjabi Finds Love Again After A Divorce And Multiple Link-Ups, All Set To Marry Him In 2020) 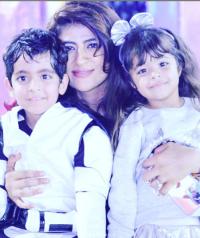 As a responsible father, Ayushmann believes in instilling good values in his kids. He had once quoted, "Being a young father, I’m glad the generation gap is less. Being a progressive father, I will always enlighten my son to be respectful towards girls and be chivalrous towards them. As far as daughters go, education can empower her. She shouldn’t cringe to share not-so-pleasant experiences if she faces one." 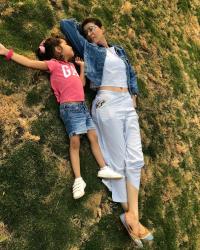 And if you are wondering as to how Virajveer Khurrana and Varushka Khurrana handle their father’s popularity and stardom, their dad himself had once shared, “It used to be strange, but now they are fine with it. They have accepted it. The idea is to keep them away from the arclights. They should live a normal life."

On the work front, Ayushmann has been impressing one and all by dishing out some amazing and unique films. In 2018, he had enthralled the audiences with movies namely, Badhaai Ho and Andhadhun. He is known for picking up different and challenging characters and going by the same stride, he will next be seen in Dream Girl, which is all set to hit the screens tomorrow on September 13, 2019. In the movie, Ayushmann will be seen playing the role of a girl named, Pooja. (Checkout: Divyanka Tripathi Celebrates Ganesh Chaturthi With Hubby Vivek Dahiya And Her In-Laws In Chandigarh)

Apart from this, he has just recently wrapped up the shooting of Gulabo Sitabo opposite the legendary actor, Amitabh Bachchan. Alongside, he has kick-started the shooting of Shubh Mangal Zyada Saavdhan in which he will be seen playing the role of a homosexual.

Here’s wishing all the luck to Ayushmann Khurranna for his future projects! 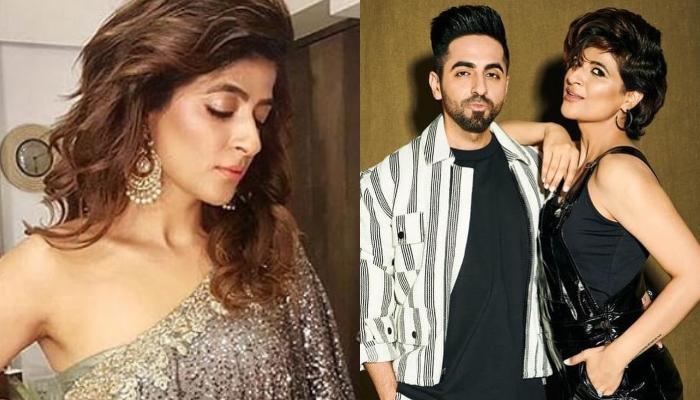 It is that time of the year when the entire world is busy singing the 'jingle bells' and decorating the big pine trees with cute trinkets and gifts. Yes, Christmas is here and with it comes the 'holiday season' for which we wait all year long. When we were young and 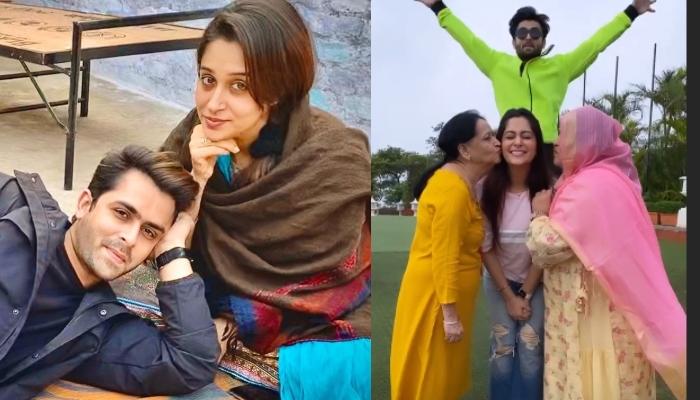