Hina Khan's Beautiful Fan Letter For Priyanka Chopra, Calls Her 'Best Version Of My Dream Self'

Hina Khan's Beautiful Fan Letter For Priyanka Chopra, Calls Her 'Best Version Of My Dream Self' 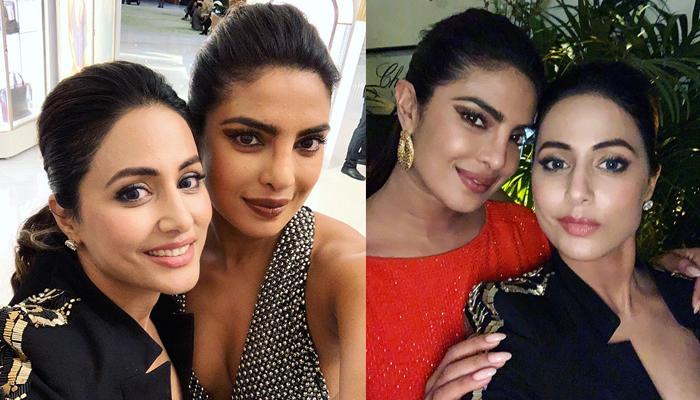 It's been more than 2500 years since the societies across the world have been patriarchal and even today, in the 21st century, women have not gotten their due and rights, that they so rightfully deserve. The fact that we are even talking about it proves that 'equality' hasn't been achieved. But there is an optimistic side to it wherein we see powerful women reigning the various industries like true warriors. And when it comes to Bollywood, Priyanka Chopra Jonas is one woman who is a personification of power, dignity and generosity. (Also Read: Sonam Kapoor Ahuja Shares An Adorable Anniversary Wish For Dad, Anil Kapoor And Mom, Sunita Kapoor)

And looks like, there's a new addition to the women who are ruling the Tinseltown and it's none other than, Hina Khan. Both Priyanka Chopra Jonas and Hina Khan were present at the Cannes Film Festival 2019. Acing their red carpet look at Cannes, both PeeCee and Hina rocked their fashion statement and the world watched the two with their mouths wide open. 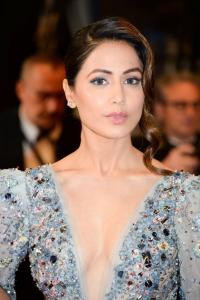 Priyanka Chopra Jonas, her husband, Nick Jonas, Hina Khan, and Bollywood actors, Huma Qureshi and Diana Penty attended that Vanity Fair-Chopard party last night on May 19, 2019. Hina shared the following picture from the same and captioned it as, "Verified #AboutLastNight @chopard Party.. I have a lot to post, a lot to write but for now, all I can say is dreams do come true @priyankachopra @nickjonas @iamhumaq @dianapenty." 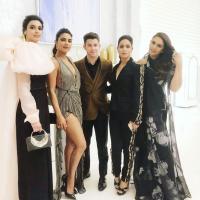 Hina Khan's other post on Instagram is something which has left us all heartened and inspired. Hina shared pictures with Priyanka Chopra Jonas and Nick Jonas, and the Yeh Rishta Kya Kehlata Hai star wrote reverently of Priyanka as to how she inspired her and paved path for so many women out there. Hina captioned the pics as, "An unexpected invitation by a world star.. personally after I gained consciousness and prepared my self to finally make it, I was still an outsider but only until you arrived. You didn’t need to, but still never left my hand for a second, introduced me to the people I probably wouldn’t have met and I felt as if all the achievements of my little career happening in fast forward as you present me as a star to each one of them. You somehow know everything ..as you mentioned my debut film and praised me for my hard work and appreciated me for the risks I have taken in my choices. Yes, I have taken risks and I am still taking them, who I almost have everything in my television career ..position, power, money everything." 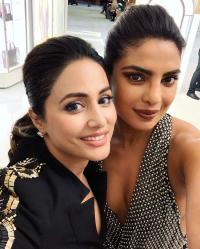 Further inspiring us all, Hina Khan added, "But someone has to start somewhere I believe. I always wanted to break the stereotypes and prove it to the world that television actors have it all.. Give us the opportunity our fair share and we will kill it. Not easy at all I know.. But yea I will keep trying to keep working hard and make it possible. I REPEAT TELEVISION HAS IT ALL. Talent, Glamour, Elegance, Beauty, Grace, Right attitude, and Professionalism. I am taking baby steps, And I will keep doing that no matter how much criticism one has to face and I will make my own place I promise.. we will face it and win over it as long as we are together. Heartfelt Gratitude to each one of you for standing by me WE HAVE IT ALL GUYS. With my first debut film called LINES." (Don't Miss: Mukesh Ambani And Nita Ambani Visit Rishi Kapoor And Neetu Kapoor In New York [Pictures Inside]) 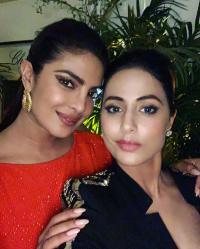 Hina Khan concluded her post by saying that Priyanka Chopra Jonas inspires her a lot and PeeCee's ability of comprehension is what Hina herself strives for. Hina's caption concluded with, "I am trying hard very hard to erase the lines created between talents and mediums. And coming back to @priyankachopra your inclusiveness surpasses my ability of comprehension. Your deliberate attempt to lift up people around you not for their backgrounds but their talent is one of a kind. You are a walking inspiration! When a human being is a personification of an idea of self-belief, Grace, humility, substance and greatness, that person can only be you, Priyanka Chopra, You are already the best version of my dream self in the future I want and I believe thousands of others like me do too. This is the Priyanka Chopra who believes in lifting others and growing together you are a sweetheart @nickjonas #AnOutsider #FromTelevisonToCannes." 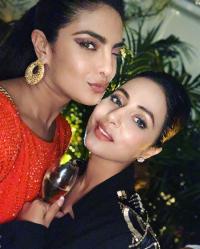 Hina Khan's Cannes 2019 appearance was watched by the billions across the world but Filmfare's Editor-In-Chief, Jitesh Pillai didn't think Hina's Cannes presence was something to boast about and he Insta-storied the words, "Cannes has suddenly become chandivali studios kya?" Bashing Jitesh Pillai, Hina Khan's boyfriend, Rocky Jaiswal took to Instagram and defended his girlfriend by writing, “Some rats spend their entire lives chewing off the very vessel they live on and it’s not hard to imagine them to be the 1st ones to run if the ship sinks, god forbid. It becomes surprising, however, when the little creatures blame themselves for the unfortunate demise of the mighty ship. Rats don’t sink ships. They live off of it and die as Rats do!  Dear Rat, this ship is not just any floater. This ship is unsinkable and your ship my friend, I am afraid, has sailed!” 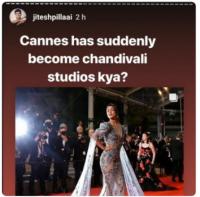 In another Instagram story, Rocky Jaiswal had posted a heartfelt message and wrote of Hina Khan that she is 'a breaker of barriers', “Now I want to talk about the giant heart of a girl I know. Her passion, her dedication, her hardships, her challenges, her leaps, her risks, her hard work, her talent, her journey and her achievements are worth singing laurels! She is indeed the breaker of barriers and stereotypes and a god’s own child who believes in looking ahead rather than backwards. Mediums don’t define her, she’s a phenomenon in and as herself! That’s why we love her! #sherrkhan.” (Suggested Read: Raj Kundra Can't Take His Hands Off Shilpa Shetty Kundra For A Very Valid Reason, Pictures Inside) 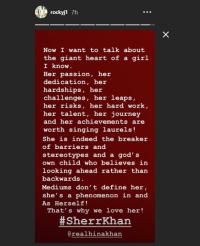 Hina Khan's beautiful words for Priyanka Chopra Jonas is too inspiring to miss, right? These two women truly inspire us a lot!