'Main Aai Hoon U.P. Bihar Lootne' actress, Shilpa Shetty is happily married to Raj Kundra. It's been over a decade that the two have been married, and their social media PDA is so on-point!

‘You don’t marry someone, you can live with, you marry someone, you can’t live without’. What if you had a failed marriage and a bad past experience in love. Maybe this was meant to be! and this is so very true in case of the Bollywood beauty, Shilpa Shetty Kundra and her handsome businessman-husband, Raj Kundra. This celebrity couple is so madly and deeply in love with each other that it seems they had gotten married only yesterday! (You May Also Like: Mukesh Ambani And Nita Ambani Visit Rishi Kapoor And Neetu Kapoor In New York [Pictures Inside])

The Main Aai Hoon U.P. Bihar Lootne actress who let tongues wagging with her sizzling and hot moves is always high on life. Be it her newly-launched fitness app or her fair judgement on a famous dance reality show, Super Dancer, Shilpa never ever went out of sight. She has been reigning, and it seems she is not taking any break from glamour world anytime soon (this is what we actually want, no?)! For the uninitiated ones, Shilpa walked down the aisle with her long-time businessman-boyfriend, Raj Kundra On November 22, 2009, with great pomp and show, wherein who’s who from the showbiz world was present. Together, the lovely couple has a young boy, Viaan Raj Kundra. 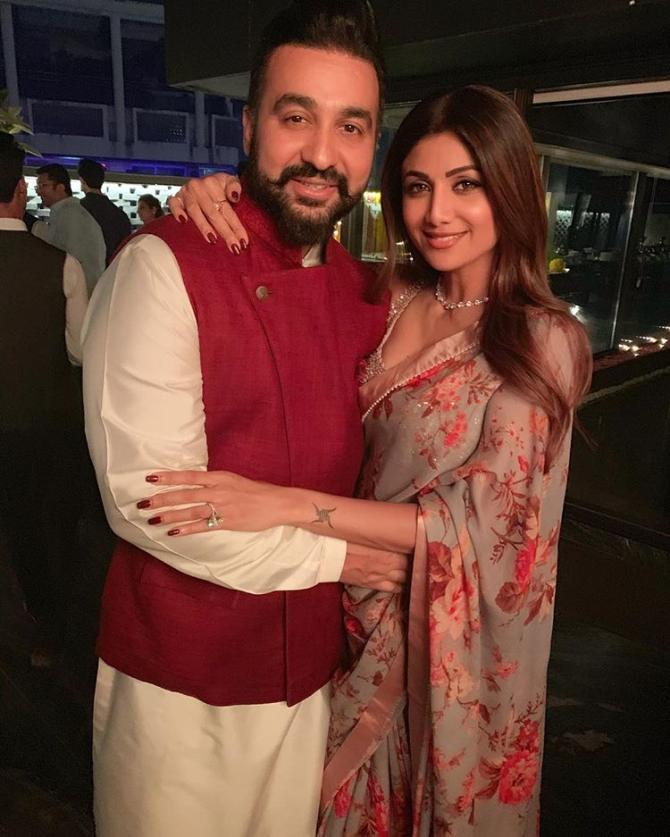 Well, many of us know that Shilpa and Raj do believe in social media PDAs. So much so, that their cosy pictures and mushy captions have gathered them all the love from their fans like never before. Similarly, on May 20, 2019, Raj took to his official Instagram handle and posted two most romantic pictures with his ladylove. Along with them, he wrote, “Can’t keep my hands off this HOT GF I have! @theshilpashetty #Love #Love #Love#Love #Love YOU!!!” Checkout the pictures here: 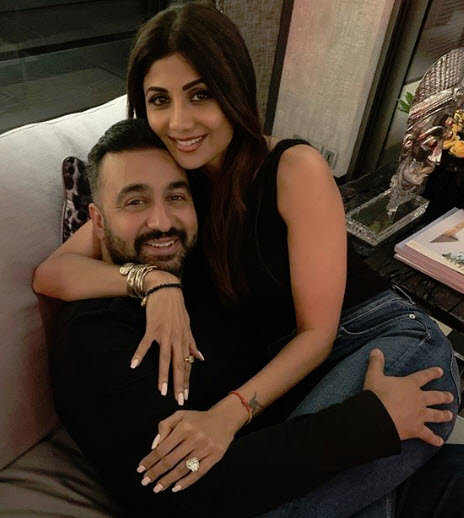 Also, Shilpa has talked at length about her love story and life with Humans of Bombay and was quoted as saying, "I was this dark, tall & lanky child who had her life pretty much laid out for her. I’d graduate & work with my dad. Even though in my heart I wanted to do something different, something bigger & better, I never felt like I could.. But when I participated in a fashion show, just for fun, I met a photographer who wanted to click my photos. For me it was a great opportunity to step out of my comfort zone. To my complete surprise, the photographs came out really well! That opened the doors of modelling for me. Soon, I got offered my first film! There was no looking back from there, I was going onwards & upwards. But nothing worth having comes easy. I was all of 17 when I entered the industry, I hadn’t seen the world or even understood life. With all the success came scrutiny. I wasn’t ready for it. I didn’t know how to speak Hindi, I shuddered at the thought of being in front of the camera. I reached a point where after a few films my career hit a lull. I tried hard but it always felt like I was lagging behind. It’s not easy to be celebrated one moment & ignored the next. I remember there were producers, who without any reason, threw me out of their films." 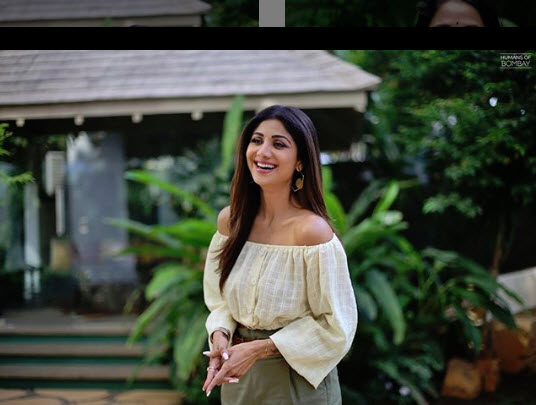 She further stated, "The universe wasn’t in my favour, but I had to keep trying no matter what. It was at that time that I decided to reinvent & entered Big Brother. It was a chance to do something unique. But it ended up leaving a huge impact! I was publicly bullied & discriminated against just because of the country I belonged to. It wasn’t easy – I was all by myself in that house! But I kept me going – I couldn’t give up, not after reaching this far. When I won, people kept telling me, ‘You’ve made us proud.’ That’s when I knew that all of that struggle & persistence was worth it. I had stood up not just for myself, but for all of those who had faced racism. My life has been filled with ups & downs. I went from being the shy girl to someone who was front & center on the silver screen. There were terrible times, but there have also been some great accomplishments. I’ve enjoyed every minute of it! It’s made me who I am today – a strong independent woman, a proud actor, a wife & a mother. And I wouldn’t have it any other way.” Every field has their own share of pros and cons. Whosoever is in this industry is always under the glare of the media and their fans. Sometimes, many celebs become prey to baseless rumours and a sensitive issue like divorce is talked in the open. This was exactly what happened sometime back, wherein Shilpa and Raj became prey to the divorce rumours. (Also Read: Aaradhya Bachchan Reminds Us Of Aishwarya Rai Bachchan With Her Dance Moves [Video Inside]) 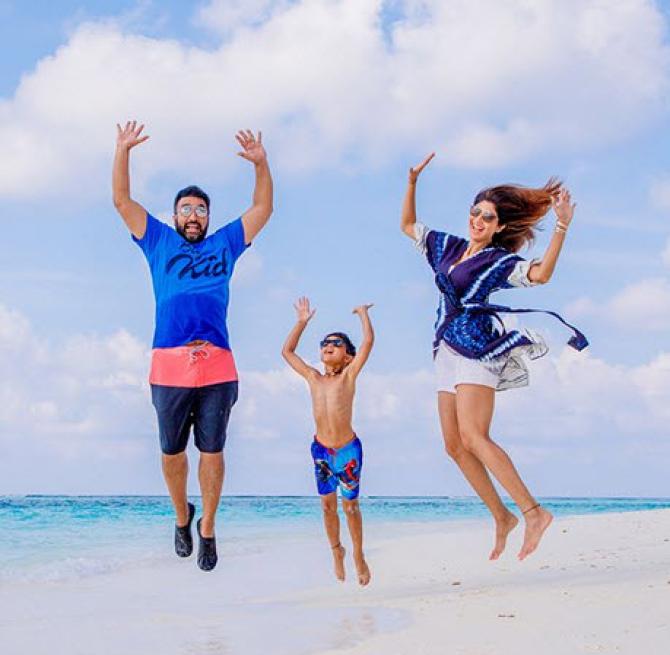 Rubbishing those rumours, Raj has clarified and stated, "It is complete rubbish. I don’t even know where these rumours came from. I believe in the institution of marriage, and I love my husband. Many of my relatives from London, UK, called up, and they were really worried about these rumours. They were going through all the news channels back home." Revealing secrets of their successful marriage, Raj had once stated, “One big perk is you get to share the stress of work and appreciate each other a lot more. You get to spend more time together. You understand each other better so decisions can be made much more easily.” (Do Check: Taimur Ali Khan Enjoys A Fun-Filled Summer Day With Laughter, Swings And Games [Videos Inside]) 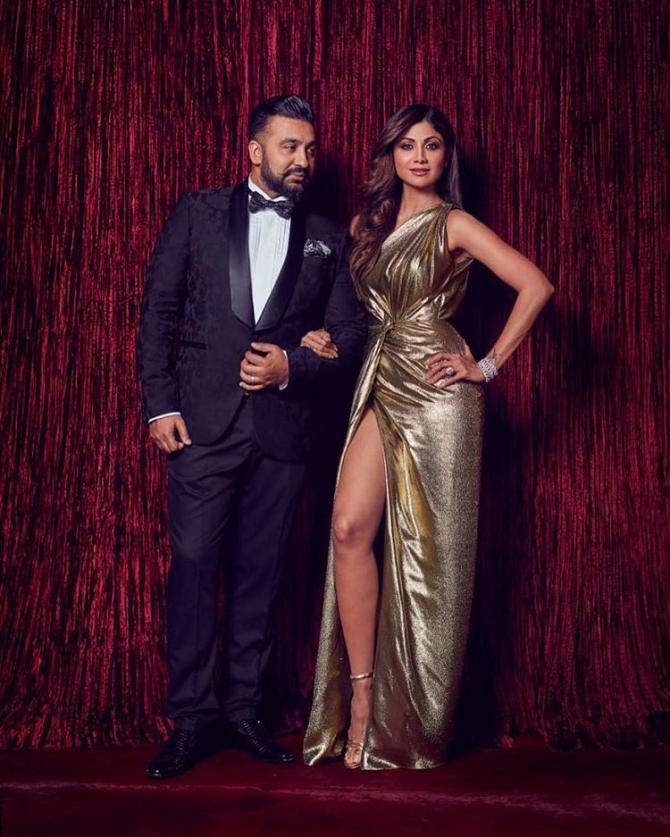 Sharing some tips on how to impress a girl and make certain days special, Raj had further gone to add, “If your girl says she doesn't want a gift, trust me; make that day special! Every woman likes to share the joys of her man treating her right with her friends. So, the sweeter the gesture, the longer the way it will go. Don't treat it as any other day. Show some enthusiasm towards the day and do something you wouldn’t normally do for her on a daily basis. A good way to impress your lady would be by doing something crazy for her that would make her feel like she means the world to you.” (Checkout: Unseen Picture Of Radhika Merchant Looking Like A Doll In Classy Lehenga Proves She Is A Diva) 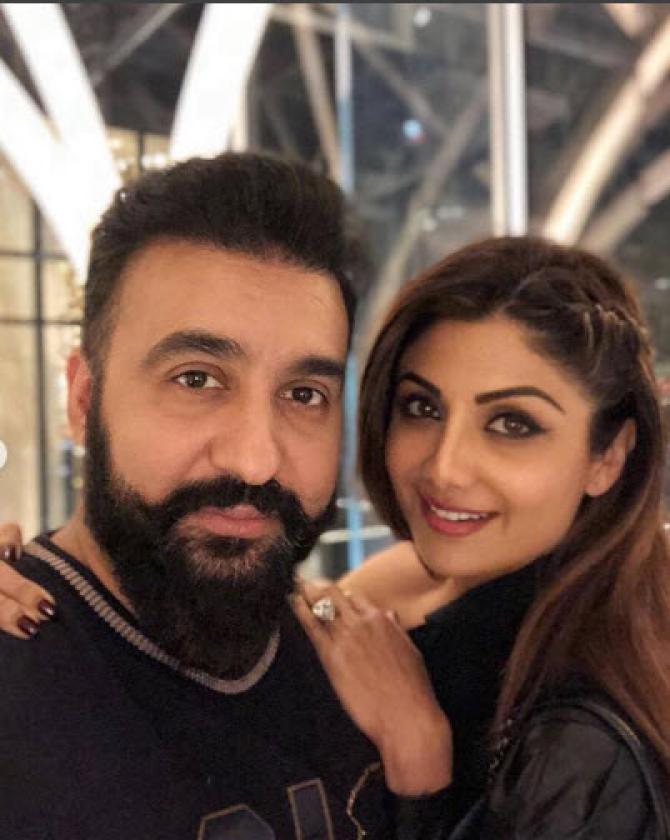 Raj, this is so sweet of you! We are sure that his post has brought a sweet smile on Shilpa’s face. 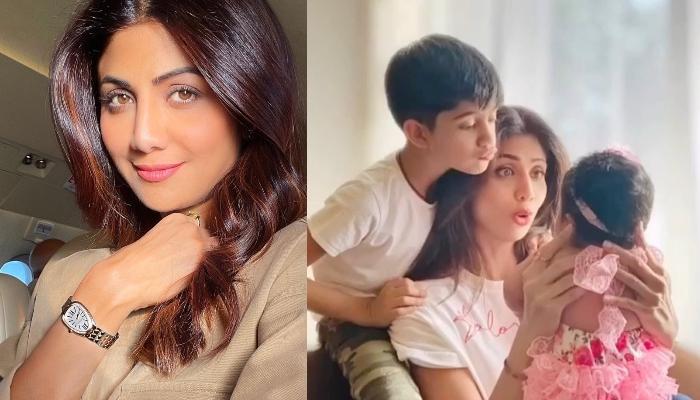