Television actress, Helly Shah is famous for her girl next door look and charming acting skills. Scroll down as she opens up on her relationship status. Television actress, Helly Shah, who is known for her charming personality and twinkling eyes, has been stealing our hearts with her acting skills. We know her as Swara (Swaragini), Saltanat and Kaynaat (Sufiyaana Pyaar Mein), but we fell in love with the beauty of Helly and often wondered who will be the winner of her heart. Keep scrolling as Helly spills the beans on her relationship status. (Recommend Read: 'Bigg Boss' Fame Monalisa And Hubby, Vikrant Singh 'Welcome A New Addition' In Their Family [VIDEO])

Before we take you further into the story, let us take a recap of Helly's beautiful journey in telly town. The actress started her career in the year 2010 with Gulal and since then there has been no looking back. She has won many awards and has been climbing the ladder of success with her hard work and determination. 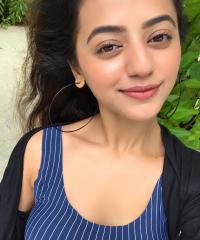 Recently, in an interview with The Times of India, Helly talked about her relationship status and clearly stated that she is not dating anyone. The actress said, "I have not dated anyone." She further stated the qualities she is looking for, in the man of her dreams, and revealed, "But if I had to talk about my ideal man, he should be loyal, honest and have a great sense of humour. Also, even if he is from another industry, he should respect my work." (Also Read: Ajay Devgn Reveals Secret Behind Successful Marriage With Kajol, This What All Couple Should Learn)

In the same interview, Helly also talked about the double role she is playing in Sufiyana Pyaar Mera, she shared, "I have no issues playing a double role, as such opportunities are rare. Yes, it’s demanding, as I have to shoot every scene twice for both my characters. It consumes a lot of time and I guess that took a toll on my health, but I am better now. I went on a break because it was necessary to recharge my batteries before taking on the challenge." 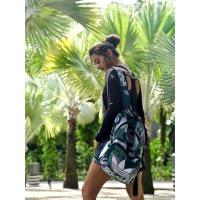 She further added, "I have adapted two voices for the roles so that I not only look but also sound different. There are times when I forget to change my voice! So, I have to be very cautious." Helly also stated that she wanted to play a positive role, "I was happy that I am getting to do something different. Of course, there are times when I feel that the negativity (of one of the characters that she plays) has gone too far and that I am performing over the top, but that’s inevitable. I would like to stick to positive characters unless the antagonist is different from what I am playing currently. I don’t want to play similar characters." In another interview, Helly had talked about her character she is playing in Sufiyana Pyaar Mera, and had shared, "I don’t think there is any particular element about Saltanat that I like. However, I like her as a whole. The character is so beautiful and fascinating that I fell in love with it immediately after listening brief. Saltanat has all the qualities to be liked for and I am really enjoying myself while playing the character. From Kayanat, I do like her simplicity." 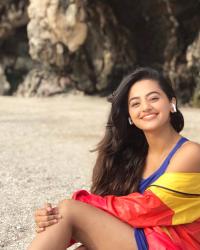 Helly had also talked about her career growth, and had said, "I am very happy having ticked all the boxes so far. I am now luckily in that position where I don’t need to pick up anything. I’d rather sit at home than do something unexciting, preferring quality over quantity. No wonder I waited for a while after Devanshi wrapped up." (Don't Miss: Dia Mirza Has Only One Picture With Her Biological Parents From Her Childhood, Says She Feels Robbed)