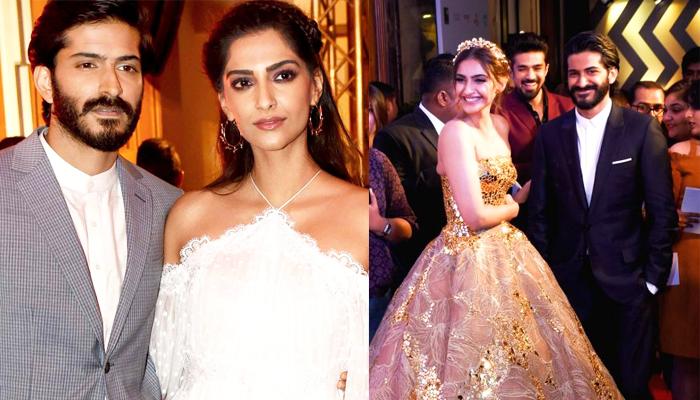 The tinsel town is loud abuzz with the upcoming wedding of Sonam Kapoor and Anand Ahuja. The Kapoors and Ahujas release a joint statement a couple of days ago and confirmed the wedding stating, “The Kapoor and Ahuja families, take great joy and pride, in announcing the marriage of Sonam and Anand. The wedding will take place on the 8th of May in Mumbai. Since it is an intimate affair, we request you to respect the family's need for privacy. Thank you for all your blessings and love, as we celebrate this special moment in our lives.” (Read The Full Story: Finally! The Kapoors And Ahujas Confirm Sonam And Anand's Wedding, Release A Joint Statement!)

Everyone is too excited for Sonam Kapoor and Anand Ahuja’s wedding. As for the immediate family members, we all know that Sonam’s sister Rhea Kapoor has been planning an exotic honeymoon for Sonam and Anand. What about the brother, Harshvardhan Kapoor? At the trailer launch of his upcoming film, Bhavesh Joshi Superhero, he was asked about behena Sonam’s wedding. He replied, “I am really happy that she is getting married, and Anand is a great guy. But I am just focused on the film”. 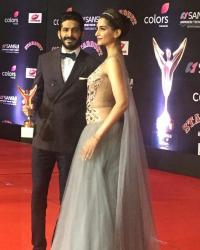 At the event when someone was quick to ask about his gift to Sonam on her wedding, he wittily replied that all he has, as of now, is loads of love to give. He was quoted as saying, “A hug… That’s a joke. A lot of love. I am broke. Have you seen the kind of movies I am doing? They don’t pay very well (laughs). So, I don’t have anything to give her, but a lot of love”. (Suggested Read: Sonam Kapoor's Sangeet Choreographer Farah Khan Fractures Leg Just A Week Before Her Wedding)

Considering that he will be busy promoting Bhavesh Joshi Superhero, Harshvardhan was asked how he would manage his schedule with the wedding. He replied, “The wedding is on the 7th and 8th. After that, I get into promotions, so I think, I have enough time for both”.

Even Sonam’s sister, Rhea Kapoor, would be all set for the wedding. After all, Sonam has said it many a times that she admires Rhea a lot. In fact, according to an earlier report, a source in a leading media daily was quoted as saying, “Sonam’s wedding will be a grand affair and, although, Rhea is quite a diva, she wants to be at her fittest during the celebration. Goes without saying, she is elated at the match and has begun eating right and is working out to get the svelte figure. She determined to be in perfect shape”. 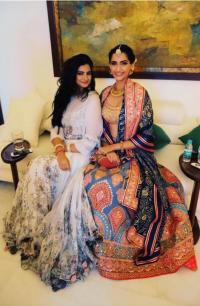 So, all is set and fans, you should save the date for May 07 and May 08! Just yesterday we brought to you the news of Sonam and Anand’s wedding card which would not be on paper as both of them believe in saving paper. (Read Here: Sonam And Anand's Wedding Invitation Card Is Here, Reveals Details About Wedding Functions)

For the uninitiated ones, May 07 will witness the mehendi ceremony at Sunteck, Signature Island, and the wedding vows shall be taken on May 08 at Rockdale, Bandra which also happens to be Sonam’s aunt’s bungalow. Winding up the pre-wedding and wedding functions, there will be a grand fun-filled party at The Leela, Mumbai. Later, Sonam and Anand will shift to Notting Hill, London where the couple has bought an apartment.

Next Read: Varun Dhawan Reveals What's Stopping Him From Going Public About His Relationship With Natasha Dalal