After a series of dating rumours with numerous actresses, Harman has finally exchanged the ring with a nutrition health coach, Sasha Ramchandani in Chandigarh. Pictures inside!

The year 2020 might have started on a bad note with the constant fear of COVID-19 and adapting the new normal. The year is surely going to go down in the history and memory of every living being on the face of the Earth. However, our favourite celebrities ensured that we don’t miss out on happiness in these days too. The celebrities have been giving us good news ever since the lockdown, be it about their intimate wedding or about expecting a baby. Now, the new one to join the list of spreading happiness with a good news is none other than, Priyanka Chopra’s ex-boyfriend, Harman Baweja. (Also Read: 'Bollywood Wives' Fame, Seema Khan Wishes Hubby, Sohail Khan Half Century With His Photo With Kids)

Harman Baweja is the son of director Harry Baweja and had made his Bollywood debut with the film, Love Story 2050 in 2008. His dancing skills had made us swoon over him. In his first film, he had starred opposite Priyanka Chopra in the film. And that had started their dating rumours as the two were often spotted together. After a series of dating rumours with numerous actresses, Harman has finally exchanged the ring with a nutrition health coach, Sasha Ramchandani. Are you wondering, who is Sasha Ramchandani? Worry not! We have got you covered. Sasha is an integrative nutrition health coach. She runs an IG page called Better Balanced Self, where she posts tips about a healthy and balanced lifestyle. 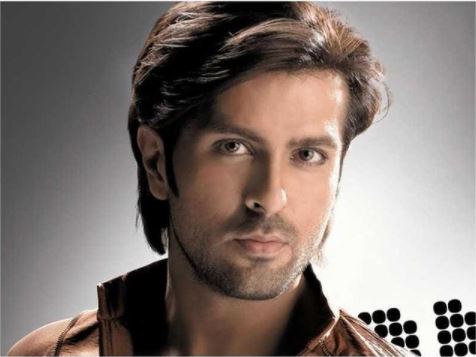 It was Harman Baweja’s sister, Rowena Baweja, who announced the news of her brother’s roka ceremony. Taking to her IG handle, Rowena congratulated the couple. She shared a picture from the roka ceremony and welcomed Sasha into their family. Congratulating the couple, Rowena wrote, "Congratulations you two!! Welcome to the family @sasha_ramchandani! Can’t wait for the celebrations to begin. We love you #rokka #family #celebrationtime #chandigarh #harmanbaweja." The family had an intimate roka function in Chandigarh and Rowena shared another picture from the function on her IG stories. For the roka ceremony, Harman opted for a white kurta pyjama, whereas, Sasha can be seen wearing a beige salwar kameez. 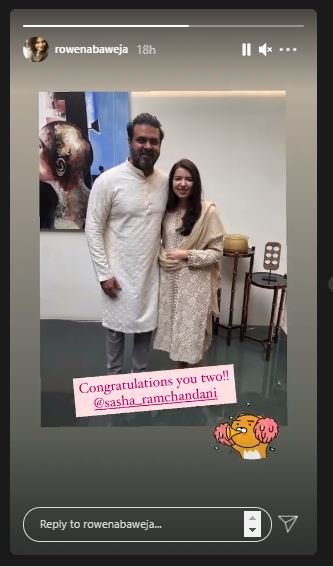 For the unversed, Harman Baweja was linked with various actress, including Priyanka Chopra and Bipasha Basu. Priyanka and Harman were in a steady relationship when Harman had made his entry into Bollywood with his first film, Love Story 2050. The film had tanked at the box office and thus, Priyanka and Harman had called it quits. The first rumours of their breakup had started spreading when Priyanka and Harman were spotted celebrating New Year 2009 separately. A SpotboyE report had then shared, “The Priyanka-Harman love story ended soon after they starred together in Love Story 2050 (directed by Harman's father Harry Baweja) and before they were cast opposite each other in Ashutosh Gowariker's What's Your Raashee?'' (Recommended Read: Karanvir Bohra's Wife, Tejay Sidhu Gives Birth To A Baby Girl, The Couple Shares The First Picture) 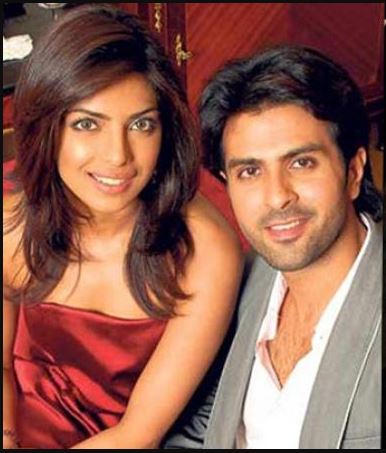 Talking about Harman’s relationship with Bipasha, it was on February 19, 2014, when Bipasha Basu had confirmed her relationship status with Harman Baweja on Twitter. She had tweeted, “Yes Harman and me are a couple. Finally I have met a person who is a far better human being than I am. Blessed.” 6 months later, amid rumours of their wedding, Bipasha had opened up about her split with Harman and had said, “Yes we have and it's just unfortunate. Sometimes between two people it is not necessarily just meant to be. People always ask me why we split up, given that we are both such good human beings and were so good together and that we looked like a perfect match. But I feel and can just say that if it is a perfect match, it will last. In any relationship, what happens between two people, only those two people know the exact truth and honestly, they should be answerable to only each other. But I can say that Harman is a great guy and a wonderful human being.” (Recommended Read: Inside Photos Of Taimur Ali Khan's 4th Birthday, Inaaya Naumi Kemmu Is In Awe Of Mami Kareena Kapoor) 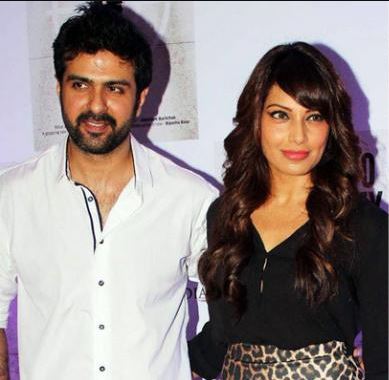