Seema Khan and Sohail Khan might have an 'unconventional marriage', but the fashion designer has wished her husband on his 50th birthday with some pictures with their kids!

If you have watched the trending Netflix web series, The Fabulous Lives of Bollywood Wives, you would know Seema Khan personally. You would know she is out on your face, a pure muhfatt and doesn’t mince her words to please people. The lady owns a fashion brand and the ultimate love of her life is her kids. The designer shares a cordial bond with her husband, Sohail Khan and the two live in different houses, close to each other. While things might not be all glam between Sohail and Seema, the gorgeous lady has wished her husband on his 50th birthday with cute pictures. (Also Read: Jaaved Jaaferi And Adnan Sami's Common Ex-Wife Is A Famous Actress And Has Married Four Times)

Even though Seema Khan and Sohail Khan have never publicly talked about their love story, it has often been reported that it was during a private party where Seema (Sohail’s wife) had met him for the first time. Seema Sachdev, a true-born Punjabi, who hails from Delhi, had come to Mumbai to pursue a career in the industry. It was at one of the parties where Khan and Seema had met. The couple got along like a house on fire and soon decided to spend the rest of their lives together. Living an unconventional married life for years now, Seema Khan has wished her husband, Sohail on his special day. 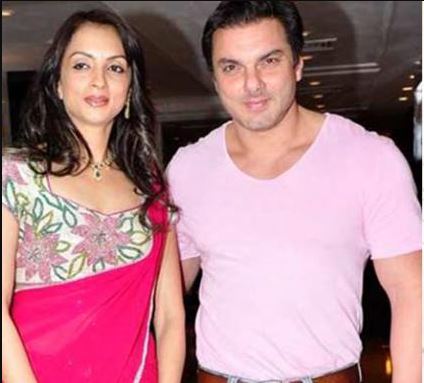 Taking to her IG handle, Seema Khan wished her hubby, Sohail Khan on his 50th birthday with some unseen pictures. In the first picture, Sohail can be seen lovingly looking at his firstborn, Nirvan and in the other picture, the father can be seen clicking a selfie with his sons, Nirvan and Yohan. Sharing the pictures, Seema wrote, “Happy birthday Sohail #halfcentury.” Along with this, Seema also shared a picture of Sohail with their kids, Yohan and Nirvan on her IG stories to wish him birthday. Take a look: 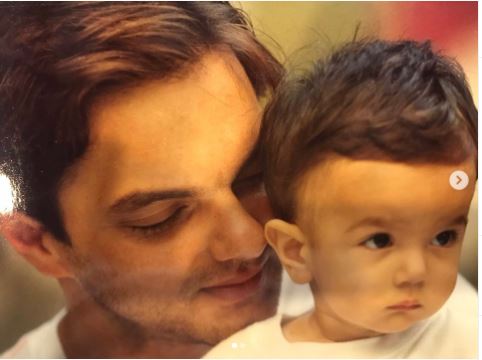 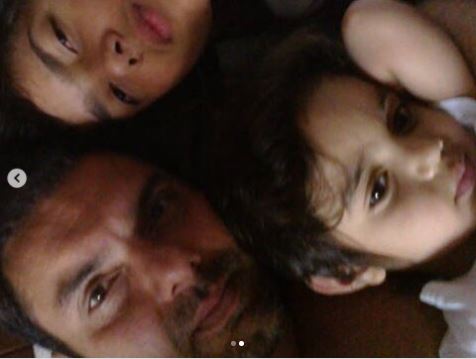 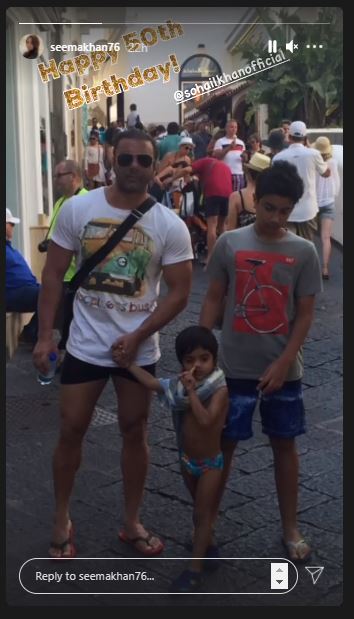 Sohail, who had made his mark as a writer and producer, in the industry, had chosen a special day to tie the knot with his ladylove. It was the day of the release of his film, Jab Pyaar Kiya To Darna Kya, that Sohail and Seema had tied the knot in a hush-hush ceremony in a temple. But, it did not take the families too long to accept the alliance and soon, Seema was welcomed into the Khan family with open arms. The couple had again gotten married in an Arya Samaj wedding followed by a close-knit nikaah ceremony. While Sohail had focused on his career as a producer, writer and director, Seema had started her own venture into the fashion industry and is now a well-known name in the fashion sphere. (Recommended Read: Hina Khan Revealed Her Parents' Reaction When She Had Told Them About Her Beau, Rocky Jaiswal) 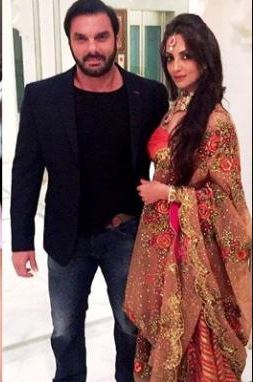 When Seema Khan had made her acting debut with her first show, The Fabulous lives of Bollywood Wives, Sohail Khan had supported his wife. The actor had promoted his wife’s first show on his IG handle by reposting the poster of Seema from the show. Sharing the picture, Sohail had written, “#fabulouslives #Repost @seemakhan76 Just like Bollywood we’ve got the drama and the masala....a day to go !! Watch our fabulous lives tomorrow only on Netflix!!” 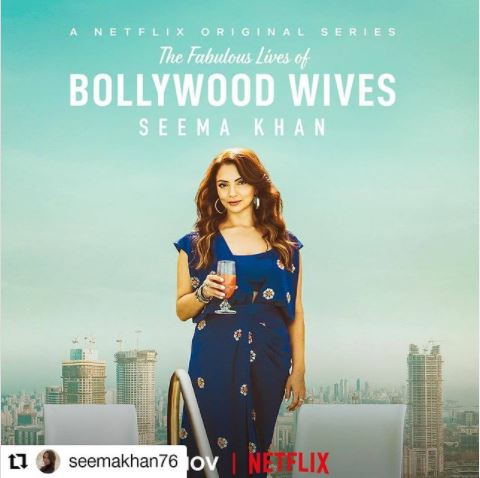 On March 30, 2017, Sohail had posted a super fit picture with his wifey, Seema Khan from one of their vacations on his IG handle. The couple could be seen posing on a beach and had looked hot together. While Sohail had flaunted his chiselled body, Seema had opted for a white t-shirt, denim shorts and a hat. Sharing the picture, Sohail had called it ‘family time’ as his caption could be read as “Family Time... #MyIslandHome #AmillaFushi #Seemakhan76.” (Recommended Read: Shilpa Shetty Kundra Is All Set For Her Daughter, Samisha's First Family Vacation, Picture Inside) 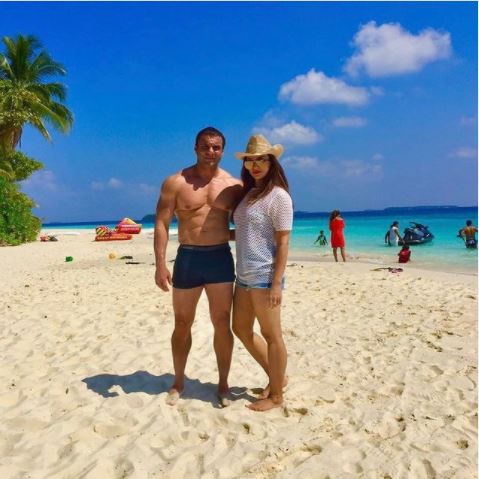