Daughters are the magical creatures who softens their daddies' heart and encourage them to try different things like twinning. Scroll down to see how Harbhajan Singh twins with daughter Hinaya! 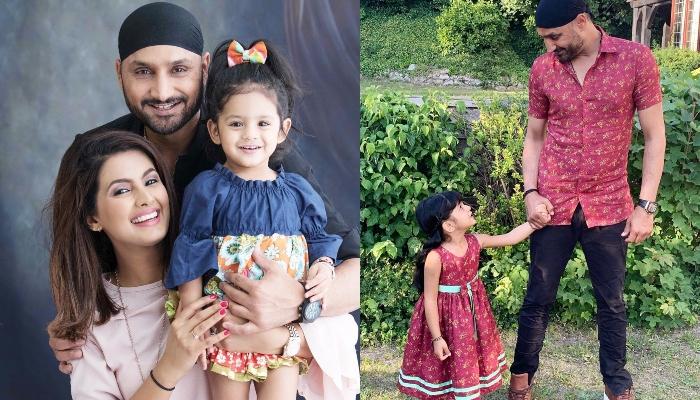 No one in the world can love a girl as much as her father! After all, he is the first men, who knew how to handle her tantrums and knew all her hiding places when mommies' magic failed. A daddy-daughter relationship is made up of trust even before he had held her in his arms and lots of love that safeguards her from all the evil in the world. And an exactly similar relationship is shared between cricketer, Harbhajan Singh and his daughter, Hinaya Heer Plaha. (Recommend Read: Manish Naggdev On His Breakup With Srishty Rode, Says He Doesn't Have Bad Blood For Anyone)

Harbhajan Singh, popularly known as Bhajji, has always called cricket his first love and he has been committed to it for 19-long years until he welcomed his little angel, Hinaya. Since then, his entire world started revolving around his princess. In fact, in an interview, he had shared how his daughter ranks first on his priority list and its time for him to take on the role of fatherhood with an ace.

And guess what? From pool dates to shopping outings, daddy, Harbhajan is showing off his super daddy skills. Today, on July 4, 2019, we spotted him twinning with his angel. Yes, Bhajji turned a year older and to make his day more special his wife, Geeta Basra made the daddy-daughter duo twin in a maroon ensemble. While the cricketer wore a maroon shirt from designer, Piyush Dedhia, Hinaya's dress is custom-made by Parveen Basra. Geeta captioned the picture as, "Twinning with Papa on his birthday. Hinaya’s dress is extra special as it’s made by my talented mum Parveen Basra! Bhajjis shirt by @piyush.dedhia. Thank you, Piyush for the lovely fabric so I could make something unique and memorable!" Take a look at the pictures below: 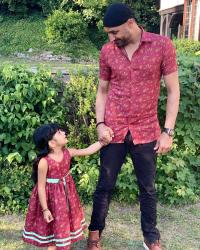 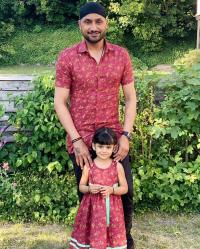 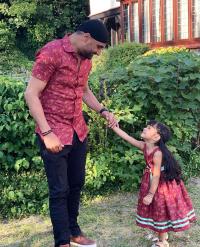 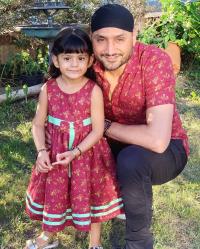 Coming back to Harbhajan's daddy skills, in a throwback interview, he had talked about his top priority. He had stated, "I’ve been playing cricket for almost 18-19 years now. This (marriage and fatherhood) is happening to me for the first time. Now, it’s all about family. Whatever I’ve achieved so far in life and in the future is for them. My family is my world." (Also Read: Malaika Arora Takes A Pick From Boyfriend Arjun Kapoor's Closet, Makes Us Wonder Who Wore It Better) 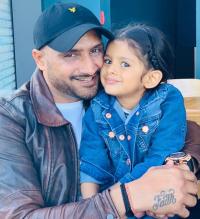 He had further added, "I haven’t played (international) cricket in the last 8-9 months, but I can still get back to it. I can’t be there for my daughter when she is growing up. That won’t come back. My daughter is growing up and I want to live every moment of it." 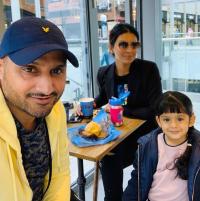 In another interview, Harbhajan had shared that there is no greater joy than being a father, "I have realised that there is nothing bigger in life. Whether you play 100 Tests, win the World Cup, get all the medals in the world. Nothing is bigger than this feeling. Your kids are your biggest medals. I am realising this now after becoming a father. Earlier, my friends used to say all this. Now I endorse it, 200 percent. I am really proud to be a dad. I just want to thank the almighty for giving me this lovely diamond. My respect for females has increased a thousand times after having a daughter. We are what we are because of them." (Don't Miss: Navya Naveli Nanda Attends Rumoured Boyfriend, Meezaan Jaaferi's Debut Film Screening, 'Malaal')

We wish you the happiest birthday, Harbhajan Singh. May you keep us posted with a lot more daddy-daughter pictures!