Life seems so beautiful when you find your soulmate, and everything gets topsy-turvy when the one who used to give happiness, gives you pain. There might come a day when the one who meant the world to you ends up messing up with your world altogether. Television actor, Manish Naggdev, who rose to fame through his stint in Banoo Main Teri Dulhan, has gone through such tough times lately. It is known to many that he was engaged to Bigg Boss 12 contestant, Srishty Rode.

To give you a recap, Srishty and Manish had gotten engaged in February 2017. During the time when Srishty was inside the house, her closeness with an inmate, Rohit Suchanti, was the talk of the town. But nothing could lessen his love for her, and he sounded quite confident about it in his interviews. When she came out of the house, suddenly the news about their broken engagement went viral. Everyone thought that Manish had called off their engagement until one day when Manish had written an open letter on his Instagram handle. (Also Read: Manish Naggdev Exposes Ex-GF Srishty Rode With An Open Letter, Divyanka And Kamya Support Him) 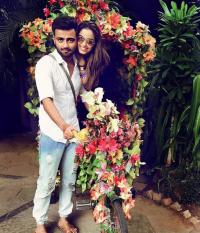 In a heart-to-heart conversation with TellyChakkar, Manish opened up about his breakup with Srishty Rode and the reason behind posting an open letter on social media. He was quoted as saying, “I don’t think I went out in public with the issue. The relationship and break-up were both public, so it had to also end in public. In the open letter, I talked about a show, I spoke about something that was already public knowledge and that needed to be shut in public once and for all. I haven’t put any allegations on anybody. In fact, if you read the letter, I haven’t even mentioned anybody’s name. I don’t have bad blood for anyone.” 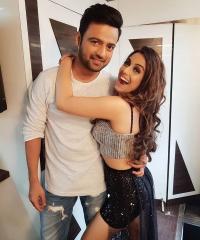 Earlier, in an interview with SpotboyE, he had borne his heart out and had revealed that he was trying to figure things out. Manish was quoted as saying, "I was trying to figure out things and just couldn't digest with the way things unfolded so fast. Since the time the news of our break-up came out in media, I was being dumped with hate messages from her fans and social media users. It was extremely disturbing because I was made to look as if I am the culprit and the one who ended the relationship. It was getting too much and that's why I decided that I will not let this impression go out when she is the one who has walked out of the relationship. In spite of me being the victim, I am suffering, and she is busy enjoying her life." (Checkout: Sameera Reddy's Underwater Maternity Shoot Pictures Have Gone Viral, She Looks Dreamy In Them) 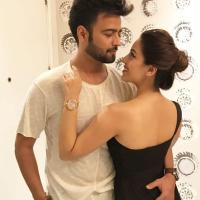 During the same conversation, he had also revealed the reason behind posting an open letter on his social media, "My whole idea of posting the letter on social media was just to vent my feelings and convey the message to ones who think I am the reason for our break up. But in my post, I haven't defamed her as I had no intentions of mudslinging. Whatever I have written are facts." 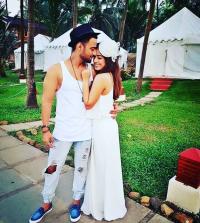 When he was probed to tell what had gone wrong between the two, the Banoo Main Teri Dulhann actor had retorted, "Nothing went wrong as such. The moment she came out of Bigg Boss 12 house, within three days, she decided to call it quits. She told me that she is detached and doesn't want to be in a relationship now because everything is in her favour and working out in a positive way. And mind you, she spoke all of this over a phone call. I told her let's sit and talk but she said, "I am detached from you, what is left to talk about?" (Also Read: Priya Sachdev Kapur Posts An Adorable Picture with Son, Azarias From Their New York Holiday) 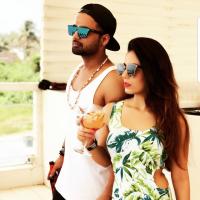 Further sharing that it was immensely disturbing, Manish had remarked, "It was immensely disturbing. That was the time when I was shooting for Udaan and I can't tell you how difficult it was for me to handle it. I have always stood by her, even when she was inside the house, everyone saw how I defended her always, in spite of not knowing what's exactly going on inside the show. She comes out of the house and casually breaks-ups. Then I see her holidaying and posting pictures with different guys. It was extremely painful. The reality show definitely played up on her mind. She started thinking 'I am this and I am that'. It happens with people who are overambitious. They tend to forget those who stood by them in crisis and move on easily. I guess same is the case here." 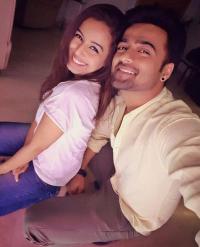 Relationships are very fragile and when our tinsel town is talked about, we get to witness many strong couples. At the same time, there are other couples who breakup within a jiffy. One amongst the most shocking breakups last year in 2018 was that of Bigg Boss 12 contestant Srishty