Govinda's wife, Sunita Ahuja turned a year older on June 16, 2020. The family hosted a small get-together to celebrate the lady of the house's day. Check out the pictures below! 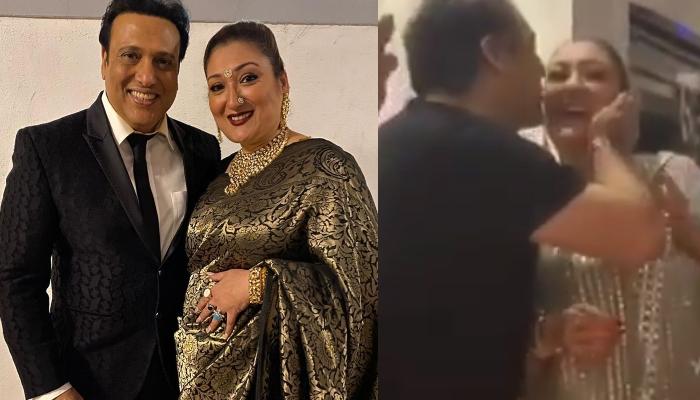 The COVID-19 pandemic has unleashed a new world in front of us. The social distancing has been trending and need of the hour. These difficult times have shown us, what are the things we need to treasure in our lives and what are the habits, we need to dispose of. It has made us realise that dinner in a fancy hotel and exotic vacations, can all go away but it is the bond of a family that stays forever. All we need is a small get-together with our family and friends to celebrate important occasions. And that's how Bollywood superstar, Govinda celebrated his wife, Sunita Ahuja's birthday.  (Recommend Read: Sonam Kapoor Thanks Hubby, Anand Ahuja For Being With Her Through Tiring Times, Says Needed It Today)

In the '90s, Govinda was the 'Hero Number 1' of every hit film. He had ruled the film industry with his on-point comic timing and dancing skills. While everyone used to drool over his good looks and female fans were in love with him, the actor was happily married to his childhood sweetheart, Sunita Ahuja. The duo had tied the knot on March 11, 1987, and still shares a beautiful relationship with each other.

On June 16, 2020, Govinda's wife, Sunita celebrated her 50th birthday with her husband and family. She took to her Instagram handle to share pictures and video from the intimate celebrations. In the video, we can see her cutting her birthday cake in the presence of Govinda and the people, she loves. Check out the pictures and video below:

For those who don't know, on the occasion of couple's 25th wedding anniversary, the two had tied the knot again. In an interview with Rajat Sharma, Govinda had shared the reason behind it and had said, "t was my mother's wish that I re-marry Sunita, only when I reach the age of 49. My mother had specified that Sunita and I can go through a sampoorna vivah (complete wedding) only after 25 years of our togetherness. So we had just gone through a formal Gandharva Vivah back in 1987. I completed 49 in December 2014 and in January we went through a full-fledged wedding." (Also Read: Sushant Singh Rajput Was Supposed To Do A Movie With Rumoured Girlfriend, Rhea Chakraborty In 2020)

In an interview with The Times of India, Sunita had talked about their re-marriage and had said, "It was better than the first time. Twenty five years ago, Govinda was at the peak of his career. Those days, it was believed that marital status affects the fan following of a star and hence, we had kept out marriage a secret for the longest time. I remember we only announced the wedding after our daughter Narmmadaa was born. This time around, I was more excited as it wasn’t chup chup ke. It was his idea. His close friend Faisal made all the arrangements and his friends insisted that we do it in London. Havan, pheras, sindoor, mangalsutra…everything happened as per the rituals." (Don't Miss: Ankita Lokhande Visits Sushant Singh Rajput's Family At His Mumbai Residence A Day After His Funeral)