If there is one power couple who has ruled the Tinseltown like how, it is Abhishek Bachchan and Aishwarya Rai Bachchan. Both had their fair (and some unfair) share of relationships before they took the nuptial plunge. Bollywood buffs and gossip lovers know that before Aishwarya Rai became Aishwarya Rai Bachchan, she was allegedly in a relationship with Salman Khan, and then later with much-in-the-news-now, Vivek Oberoi. We also know that junior Bachchan was allegedly involved with many leading ladies of the B-town, the most famous among them being Karisma Kapoor. (You May Like: Surveen Chawla Shares First Ever Glimpse Of Her New-Born Angel, Picture Inside)

Abhishek Bachchan, as we all know belongs to the royalty of Bollywood- he is son to the legendary Amitabh Bachchan, and hence, he has been brought up in the lap of the industry. Naturally, Abhishek has many friends within the industry who are his best buddies, and one among them is none other than Goldie Behl. Yes, Sonali Bendre's dearest husband, Goldi Behl has the sweetest marriage anniversary wish for Abhishek Bachchan and Aishwarya Rai. Goldie Behl has shared the following throwback picture of Abhishek and Aishwarya on their marriage anniversary, and simply but beautifully captioned it as, "Happy anniversary @aishwaryaraibachchan_arb & @bachchan #Throwback," along with a heart emoji. The best part of the following pic shared by Goldie is that it brings back so many memories of the yesteryears, right? Take a look at the throwback picture shared by Goldie Behl on Abhishek Bachchan and Aishwarya Rai Bachchan's 12th marriage anniversary: 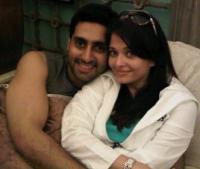 It seems that Aishwarya Rai Bachchan and Abhishek Bachchan, along with their darling, Aaradhya Bachchan, have darted off to the Maldives to ring in their 12th marriage anniversary. Last night, as the clock struck 12, and their anniversary started, Abhishek Bachchan shared a gorgeous picture of his beautiful wifey, Aishwarya Rai Bachchan. He adorably captioned it, "Honey and the moon @niyamamaldives #niyamamaldives #edge." Looks like Junior B himself clicked the picture. Take a look: 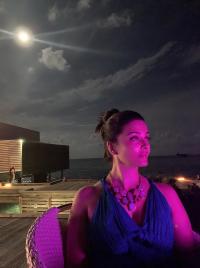 Aishwarya Rai Bachchan, in a recent interview, had talked about the 'surreal' moment when she had realised that she had gotten engaged to Abhishek Bachchan. Aishwarya recalled that on the sets of the 2008 film, Jodha Akbar everyone was a little surprised and the director of the film, Ashutosh Gowariker had exclaimed at one point on Aishwarya's engagement! She recalled, "Ashutosh is like ‘you are engaged’ and I am like ‘yeah." Aishwarya further added, "We’re doing Khawja Mere Khwaja, sitting as a bride, and I am like, oh my god this is surreal, all happening on-screen, off-screen, this is bizarre." 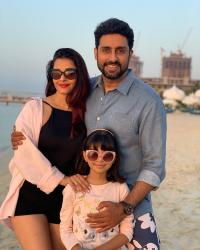 Aishwarya Rai Bachchan and Abhishek Bachchan have always been vocal about their love and respect for each other. In an interview, Aishwarya had lovingly shared how her hubby inspires her. She was quoted as saying, "Abhishek is my source of inspiration. He is always so supportive. Whenever I am confused and don't know what to do, I look at him and he solves the duality in me like magic. He is the real 'Padma Shri' and I'm his 'Padma Shrimati'."

Abhishek Bachchan also feels the same and how their love was 'meant to be'. The Manmarziyaan actor had once shared with an online tabloid, "Aishwarya is my anchor. She is my buddy, my closest friend. I can discuss anything with her. Our relationship is not based on her being Aishwarya Rai or me coming from an illustrious family. It is just about two people falling in love which has organically grown. We started during Guru. It was meant to be." 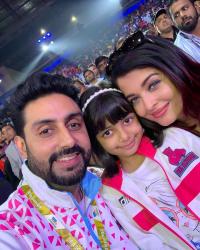