From the music composer's early life to the illustrious success he has achieved, and much more. Here are some interesting facts about Golden Globe Award winner, MM Keeravani.

The iconic music composer, playback singer, and lyricist, Koduri Marakathamani Keeravani, commonly known as MM Keeravani, is one of the biggest names in the Indian music industry. Although he has predominantly worked in the Telugu film industry, there are also enough traces of his work in the Hindi, Kannada, Malayalam, and Tamil industries. MM Keeravani is a huge name in the Indian music industry. Moreover, it was on January 11, 2023, when the entire globe became aware of his name and work. The music composer, MM Keeravani composed ace director, SS Rajamouli’s film, RRR's song, Naatu Naatu, and after receiving immense love in India, it created history at the Golden Globe Awards 2023. The popular song, Naatu Naatu was named as the Best Original Song at the Golden Globe Awards ceremony, which was held at The Beverly Hilton Hotel in California. It was a huge moment of history for Indian cinema as it was the first time an Indian won a Golden Globe award. 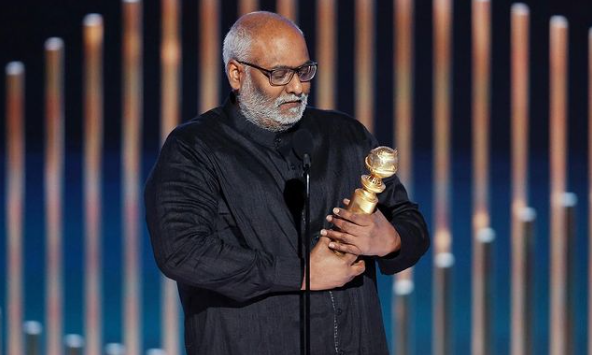 During the much-awaited ceremony, when it was announced that RRR’s song, Naatu Naatu was the winner of the Best Original Song category at the Golden Globe Awards 2023, the entire team of RRR was on their feet. While they hugged each other, a lot of celebrities and filmmakers stood up and gave them a round of applause, and it was indeed a proud moment for every Indian out there. In his speech, MM Keeravani thanked his wife, MM Srivalli, the film’s director, SS Rajamouli, lead actors, Ram Charan, Jr NTR, and other important people, who were a part of this dream project.

After MM Keeravani lifted the award for Best Original Song at the Golden Globe Awards 2023, all eyes were on the Best Non-English Language category, as RRR was nominated in it. However, the makers of the film had to settle for just one award on the night, as Argentina 1985 won the award.

Don’t Miss: 9 Expensive Things Owned By Ram Charan: From A Polo Club To A Palatial Abode Worth Rs. 30 Crores 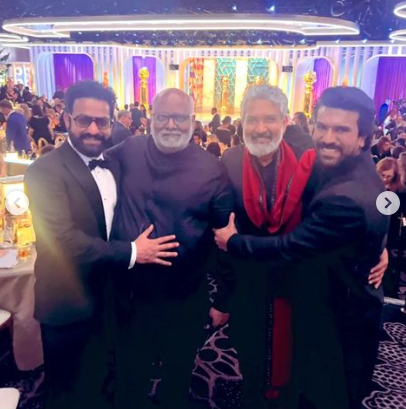 Since the huge win at the Golden Globe Awards 2023, MM Keeravani has been leading the trending charts in India as everyone wants to know everything about him. Thus, here are some interesting and important anecdotes about his life that people should know about the man, who brought the first Golden Globe Award to this country. So without further ado, let’s get straight into the extraordinary life of MM Keeravani! The ace music composer, MM Keeravani was born on July 4, 1961, in Kovvur, West Godavari district, Andhra Pradesh, in a Telugu family. His father, Koduri Siva Shakthi Datta is an iconic screenwriter and lyricist, whose exceptional work in Indian cinema still inspires a lot of people. Unfortunately, there’s not much information about Keeravani’s mother, Bhanumati, on the internet other than that she passed away on December 15, 2022. Talking about MM Keeravani’s early days, he started working as a music composer in the South Indian film industry back in the late 1980s. His first major work as an assistant music director was with ace composers, C. Rajamani and K. Chakravarthy in 1987. Not only this, but Keeravani also assisted in movies like Collectorgari Abbayi and Bharathamlo Arjunudu. However, as an independent musician, Keeravani got his first break in 1990 with the film, Kalki, and since then, there has been no looking back for him. In a career spanning almost three decades, MM Keeravani has worked in more than 150 films and that too in different languages, which is exceptionally remarkable. Some of his most beautiful works are in the films, Kshana Kshanam, Allari Priyudu, Chatrapathi, Magadheera, Vedam, Rajanna, Eega, and the list goes on. However, there’s no doubt that it was his work in Baahubali: The Beginning and Baahubali 2: The Conclusion that brought him immense fame and stardom.

MM Keeravani is the cousin of RRR director, SS Rajamouli Not everyone is aware of the fact that music composer, MM Keeravani and filmmaker, SS Rajamouli are cousins, and they never leave any stone unturned to put magic in each other’s works. For the unversed, Keeravani’s father, Siva Shakthi Datta and SS Rajamouli’s father, V Vijayendra Prasad are brothers. Just like their father used to collaborate on a lot of projects, SS Rajamouli and MM Keeravani are doing the same and walking in their footprints. 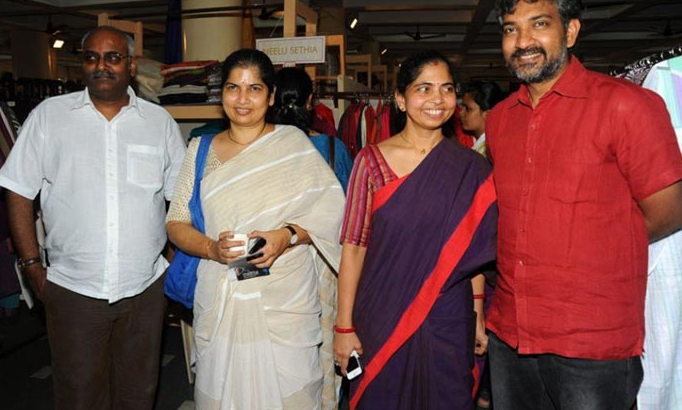 Another reason behind the concrete bonding between MM Keeravani and SS Rajamouli is the fact that the former’s wife, MM Srivalli is the latter’s wife, Rama Rajamouli’s sister. Yes! You read it right. Rama Rajamouli and MM Srivalli are sisters, and it speaks volumes about their strong family connections. Music composer, MM Keeravani is a spiritual persona, and as per a report, when his wife, MM Srivalli was pregnant with their first child, he left her and went on to live like a hermit. He had done it after his guru had told him that he would like to avoid premature death, then he had to go away from his family and live like a sanyasi for some time. The composer had followed the rules and wasn’t present when his wife delivered their first baby. However, two months after his son’s birth, Keeravani returned and named his baby boy, Kaala Bhairava. 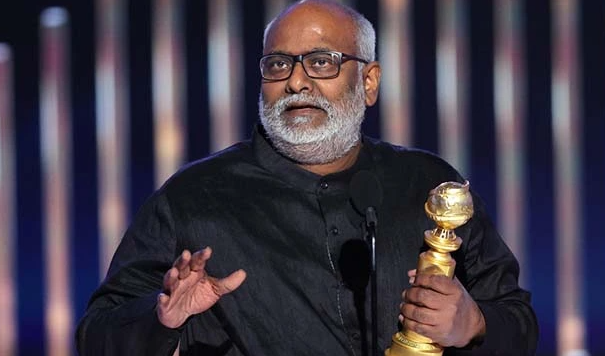 There is no denying that MM Keeravani has engraved his status as one of the greatest Indian music composers ever after winning Golden Globe Award for Naatu Naatu.

Also Read: When Mani Ratnam's Wife, Suhasini Called Him A 'Chronic Romantic' In Her Ground-Breaking Interview