Mommy-to-be, Geeta Basra revealed how her daughter, Hinaya reacted to finding out that she is soon going to be a big sister. Check it out!

Indian cricketer, Harbhajan Singh and his darling wifey, Geeta Basra are gearing up to welcome another baby into their world. A few weeks ago, Geeta Basra had left everyone shocked by announcing her second pregnancy news. Since then, everyone is eyeing her baby bump pictures. And the gorgeous mommy-to-be is documenting the best part of her beautiful nine-month journey.

Geeta Basra had tied the knot with her then-longtime beau, Harbhajan Singh in 2015 at a Gurudwara in Jalandhar, Punjab. And it was in the year 2016 when they had welcomed their little princess, Hinaya to their world. The couple often shares snippets of their happily ever after on their Instagram handles. Recently, in an interview with The Times of India, Geeta was asked how she had informed about her pregnancy to Hinaya. To this, the mommy-to-be, Geeta shared that it was a very personal moment when she had told her daughter that she is going to be a big sister. Geeta also revealed her daughter's reaction and said, "For her, it's like a toy. She would be happy, either way, whether she gets a brother or sister. She's already a responsible, elder sister. I can sense it. During my first pregnancy, I don't know why but I had a gut feeling that I was carrying a boy. But do you know I wanted a girl first? The bond between a daughter and a father is to be seen to be believed. A case in point is Harbhajan-Hinaya."

Also Read: Ankita Bhargava Gets Her Baby Girl, Mehr Ready For 'Kanya Pujan' On The Occasion of 'Ram Navami' In the same interview, Geeta also revealed her daughter, Hinaya's name story. She stated that people had suggested that they should combine their names and come up with something. Geeta said, "Then we settled on Himaya. One day. my mom said that people will end up calling her Maya. There was something about my daughter that the name Himaya didn't suit her. At that time, Harbhajan suggested 'Hinaya'. I got very excited. I just didn't want her to have a common name and Hinaya is not common. Nowadays, many people message me that they are naming their daughters as Hinaya (smiles)." A few weeks ago, Geeta had left everyone surprised with her yoga postures, which was easily pulled off with her baby bump. Alongside it, Geeta had shared the need for yoga for the pregnant ladies in the times of the pandemic, and had written, "So during COVID times when there’s very little to no physical activity.. you can’t go anywhere, unsafe to go to gyms etc especially for expecting mothers, the one thing that has got me through this pregnancy is YOGA." 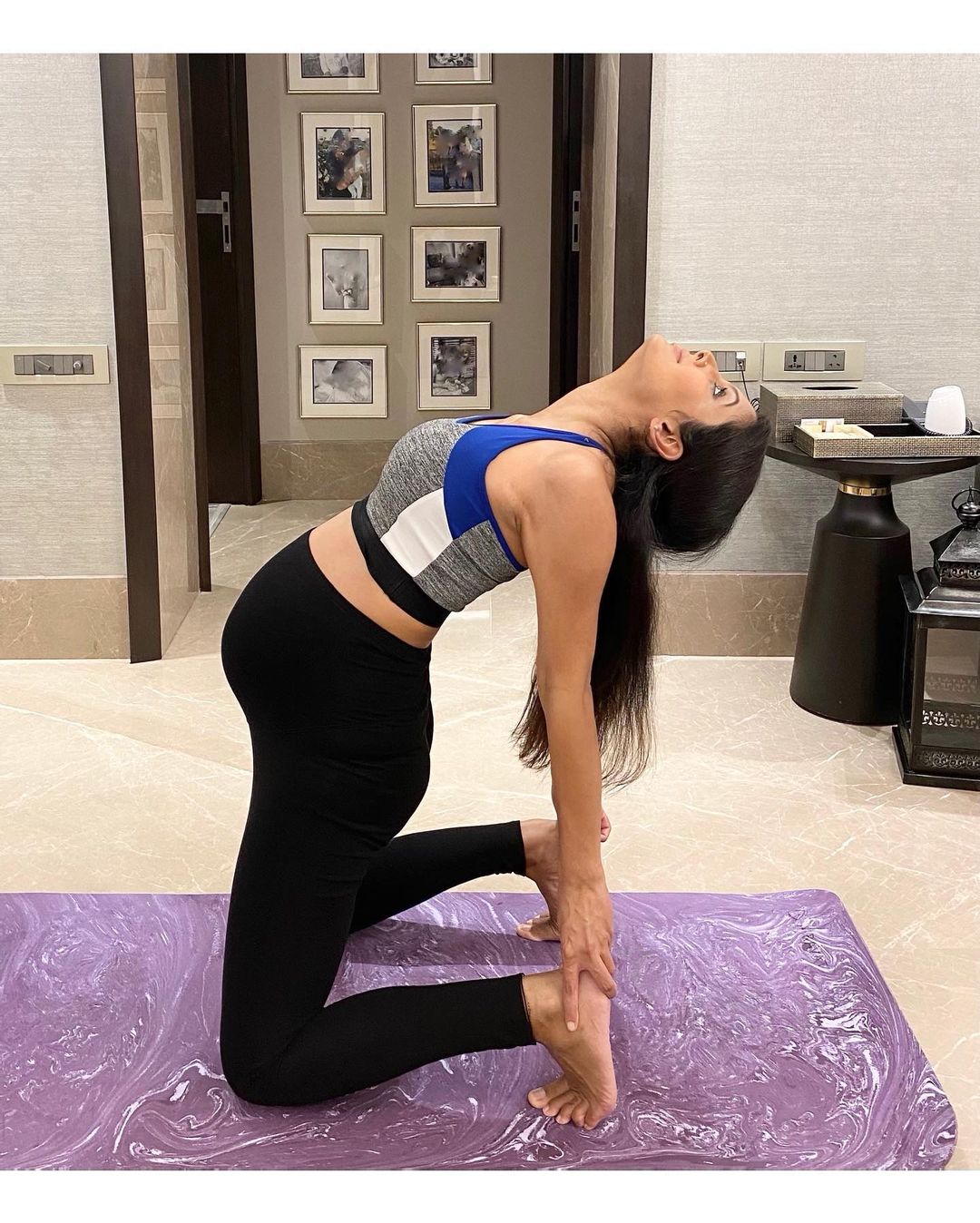 We remember how Harbhajan Singh had always called cricket his first love and he has been committed to it for 20-long years until he had welcomed his little angel, Hinaya. Since then, his baby girl took the centre stage in his life and everything revolved around her. And now, the family of three are going to be four! 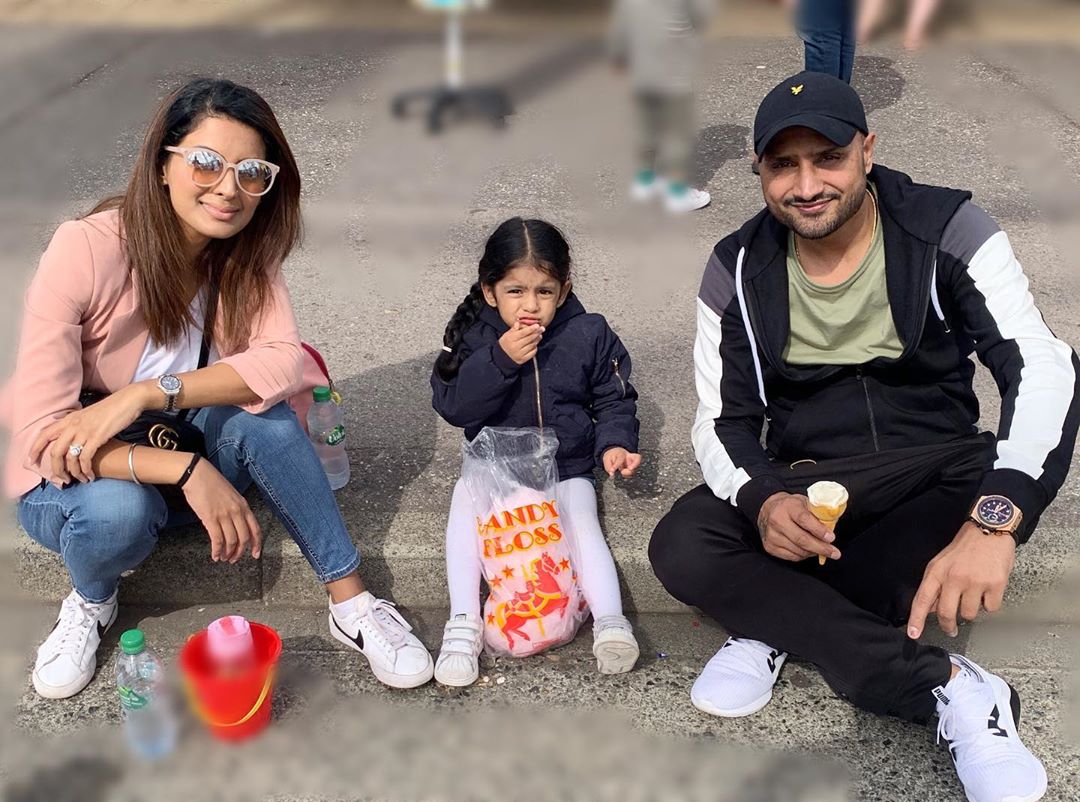 Don't Miss: Riddhima Kapoor Sahni Shares A Picture Of Rishi Kapoor With His Siblings From Their Younger Days 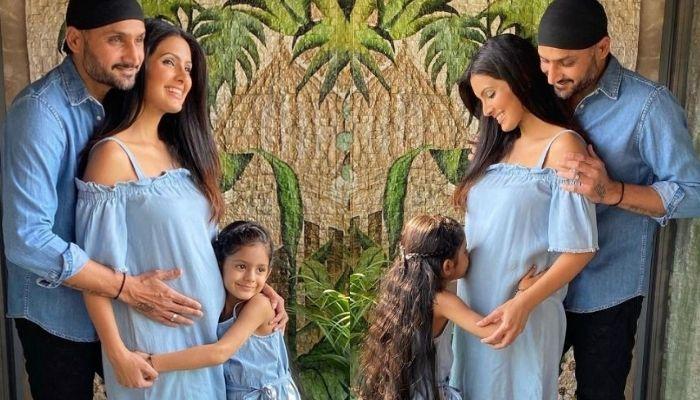 Geeta Basra and Harbhajan Singh’s love story is what youth can relate to! After a lot of mehenat, Harbhajan had finally found Geeta’s number and had texted her to meet him. She had ignored his question at first and after a few texting sessions, she had agreed to meet him