Manjima Mohan and Gautham Karthik tied the knot on November 28, 2022, in an intimate ceremony in Chennai. Check out the first pictures from the same!

South Indian couple, Manjima Mohan and Gautham Karthik are finally married, and their fans are beaming with happiness. For the unversed, Manjima and Gautham had first worked together on the film, Devarattam, but they did not make an instant connection then. However, a year later, love blossomed between the two as they fell for one another. Manjima and Gautham have been dating for the last two years, and now, the couple has dropped the first-ever pictures from their whimsical wedding.

On November 25, 2022, Manjima Mohan had dropped a series of pictures from her pre-wedding ceremony, and it was too cute to be missed. In the pictures, the actress donned a green salwar suit and flaunted her diamond-studded ring. Ditching heavy jewellery, Manjima left her tresses open in wavy curls. On the other hand, Gautham donned a grey-hued kurta along with a cream-hued pyjama.

Vishnu Vishal And Jwala Gutta Are Getting Married, Actor Announces At His Film, 'Aranya' Event

Also Read: Giorgia Andriani Opens Up About Her Relationship With Arbaaz Khan, Reveals Their Plans Of Marriage 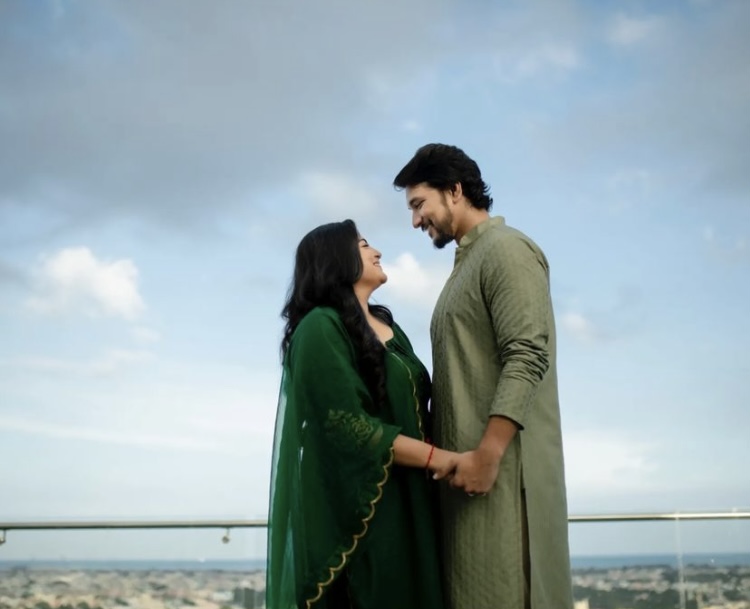 Manjima Mohan and Gautham Karthik tied the knot on November 28, 2022, in an intimate ceremony in Chennai. A few moments back, the newly-wedded couple shared a collaborative post on Instagram and dropped the first-ever pictures from their wedding. While Gautham donned a crisp white shirt paired with a traditional veshti, his bride, Manjima opted for an elegant ivory saree for their big day. She completed her look with traditional gold jewellery and tied her hair in a bun adorned with gajra. The newly-wed couple complemented each other and won our hearts with their respective outfits. Sharing the pictures, they penned:

The pictures also gave us a sneak peek into the beautiful decor at the wedding, which featured an exotic chandelier, a cream-hued sofa, and some white and pink flowers adorned on the pillars. Moreover, the baby pink-hued curtains perfectly complemented the greenery in the backdrop. Gautham and Manjima's wedding was a star-studded event, which was graced by the who's who from the film fraternity. Many celebrities attended the wedding and blessed the couple as they embarked on their new beginning. Among the guests who were spotted at the wedding was Mani Ratnam, Gautham Menon, Vikram Prabhu, RK Suresh, Sivakumar, Aishwarya Rajinikanth, Ashok Selvan, and many others. 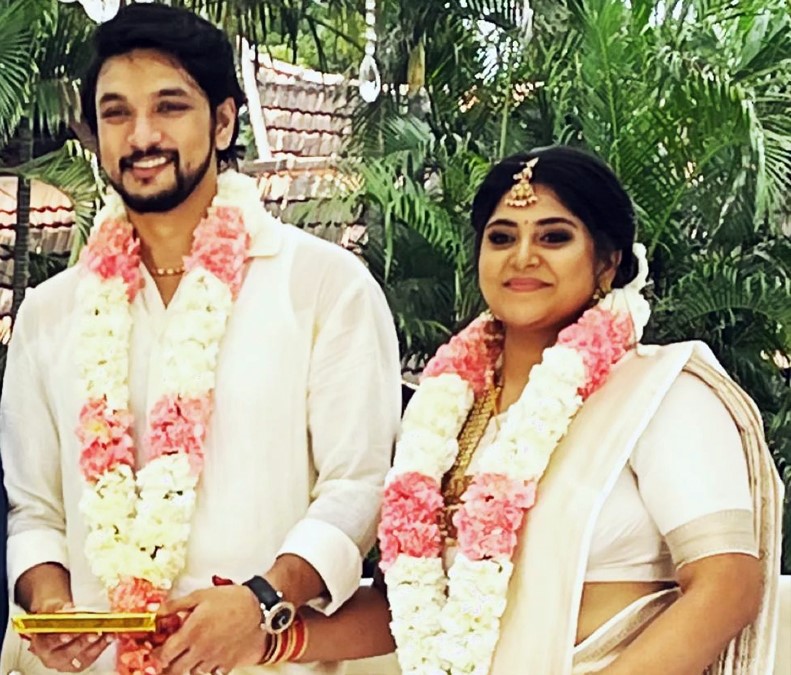 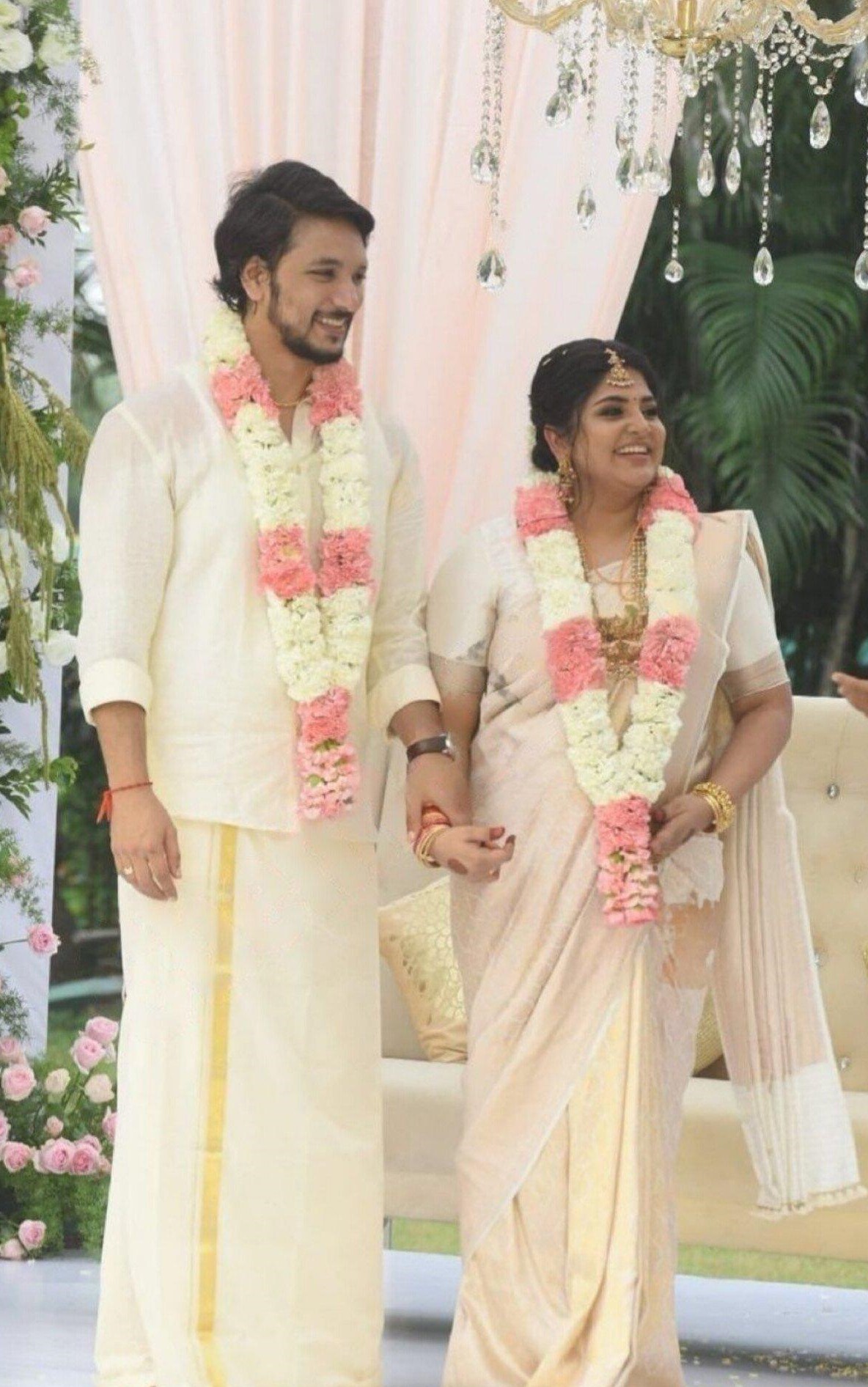 Earlier, in an interview with The Indian Express, Gautham Karthik had opened up about his love story with Manjima and revealed that he initiated the relationship by expressing his feelings to her. Sharing how they turned lovers from best friends, Gautham added that Manjima took two days to respond to his marriage proposal. In his words:

“After working together in Devarattam, we became good friends. She was always there to lift me up whenever I felt low. After a year, I proposed to her and she took a couple of days to accept my proposal.” 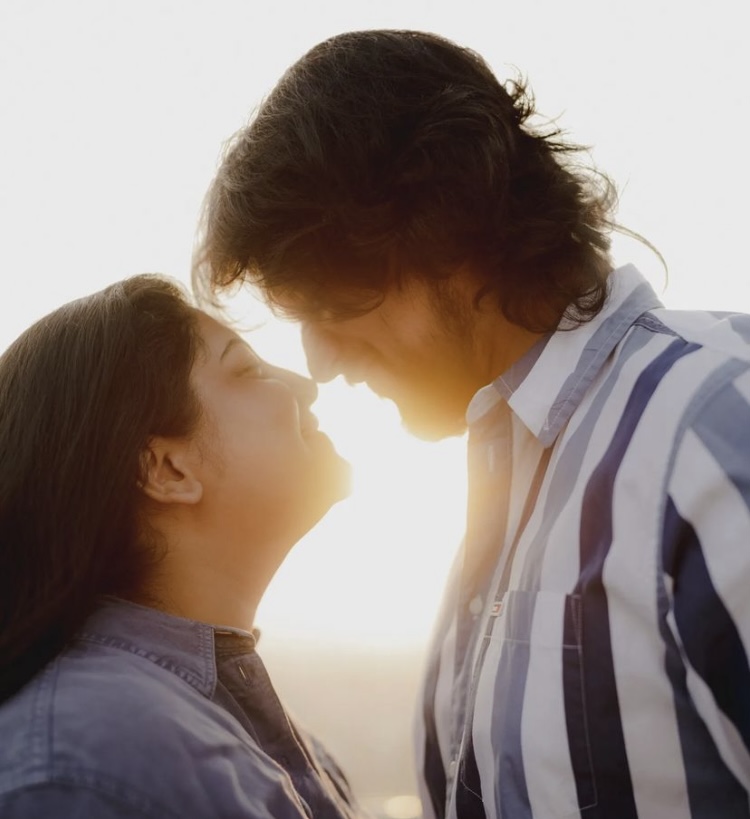