In an unseen picture of Shah Rukh and Gauri from their post-wedding function, Gauri can be seen flaunting her newbie bride’s look in a red-coloured saree, 'mangalsutra' and 'chooda'. 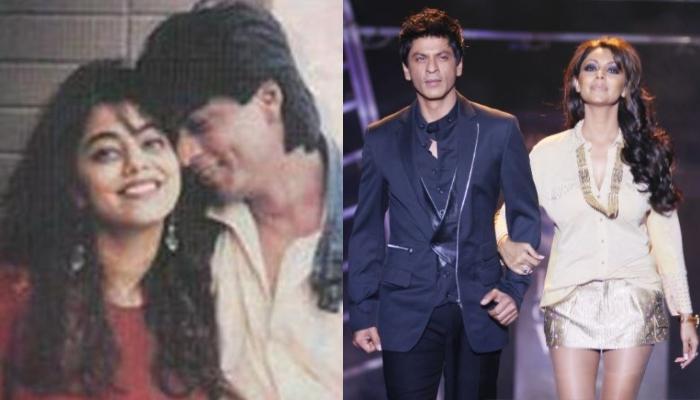 A boy from Delhi came to the city of dreams with a dream to rule it one day and became its King. As Raj, he taught us to never let go of the one you love. As Rahul, he taught us that someone somewhere is made for us. As Aman, he made us believe that love is stronger than we think and stays with us even after the person is gone, teaching us to live every moment to the fullest. As Veer, he taught us that love has no boundaries. As Om, he taught us the power of love and how it transcends the boundaries of time. As Ram, he proved that family is family and no matter how much we fight with or for them, they always have our back. As Mohan, he rekindled the patriotism in us. As Dr Jehangir, we learnt the concept of 'chair' and the importance of self-love. (Also Read: Shah Rukh Khan And Gauri Khan's Combined Net Worth, The Ace Designer Isn't Far Behind Her Star Hubby)

Way before we lost our hearts to Shah Rukh Khan's oodles of charm, dimpled smile and wide-open arms; the King of Romance had already lost his heart to his Queen, Gauri Khan. As Shah Rukh, he made us believe that love triumphs all with his journey of love with Gauri. Be it Gauri leaving Shah Rukh for his possessiveness, her family opposing their inter-religion relationship, their journey to become one wasn't easy. Finally, on October 25, 1991, Shah Rukh and Gauri had tied the knot as per Hindu rituals. As per a TOI report, Shah Rukh and Gauri had three marriages. First, the lovebirds had registered their marriage, which was followed by nikaah on August 26, 1991, and finally, a Hindu wedding ceremony on October 25, 1991. Over their 29 years of marriage, we have seen pictures of Shah Rukh Khan and Gauri Khan, which have given us serious #CoupleGoals. Scrolling through social media, we got hold of an unseen picture of Shah Rukh and Gauri from their post-wedding function. In the picture, Gauri flaunted her newbie bride’s look in a red-coloured saree and her look was accentuated with mangalsutra and chooda. Shah Rukh looked suave in a black tuxedo. While till now we had seen pictures of Shah Rukh and Gauri from their wedding, this one of the newly-weds was surely a feast for the eyes. 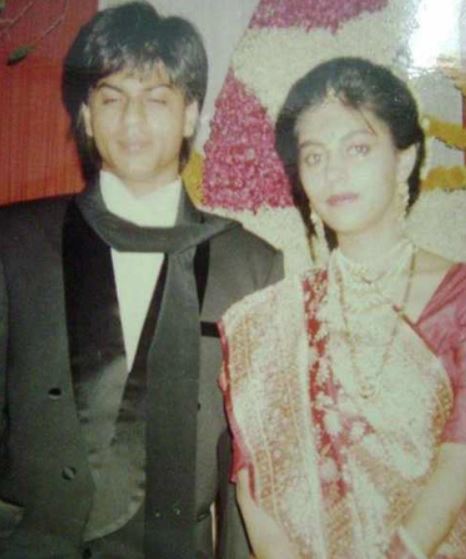 A lot has been said and written about Shah Rukh Khan’s journey in Bollywood and it isn’t a mystery as we had seen him becoming King Khan without a ‘Khandaan’ to back him up, just the support of his wife, Gauri Khan. Gauri too, had created a niche for herself in the designing industry over the years as she ventured into the world of interior designing and is now a high-end designer par excellence. Shah Rukh and Gauri are one another’s cheerleaders and ensure their support to each other at every step of life. Shah Rukh and Gauri have proved that if behind every successful man, there is a woman; then behind every successful woman, there is a man too! (Also Read: Gauri Khan Gives A Never-Seen-Before Peek Inside Mannat, Shah Rukh Reveals What Makes Home Beautiful) 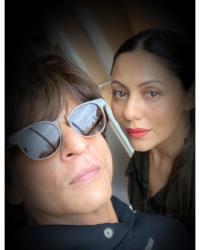 Gauri Khan believes that there are only positives in being the wife of superstar, Shah Rukh Khan. At the launch of a book titled Gravittus Ratna, Gauri had interacted with the media and was asked the positive and negative effects that she experiences in her professional career being Shah Rukh's wife. Gauri had replied, "I think because of who he is, there are a lot of positives. I only take the positives and I don't take the negatives. Even if there are some negatives, I have to brush it aside and the reason is very simple because he helped me while launching Gauri Khan Designs, so, he is very important to me. Jokes apart, he has done a lot for our family. He is a great father and husband. I have to say that there are only positives being his wife and I would not like to share anything negative." 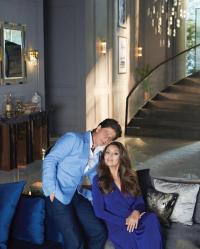 When Gauri Khan had appeared on Koffee With Karan season 1, she was asked about the difference in her and Shah Rukh Khan’s religion. Gauri had said, "Shah Rukh, he doesn't have parents, unfortunately. If they were there, the elderly people in the house, they would have taken care. But, it's nothing like that in our house. It's me who takes charge be it Diwali or Holi or any festival. So that's why influence of my kids would be a lot with the Hindu part of the ... but the thing is that, Aryan is so into Shah Rukh that he would follow his religion, I feel. He would always say 'I am a Muslim'. When he tells this to my mother, she gets, 'what do you mean?'." 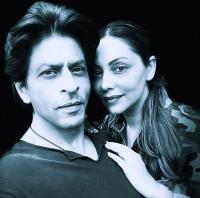 Sharing that she respects her husband, Shah Rukh Khan’s religion but that doesn’t mean she would convert, Gauri Khan had continued, "There is a balance, I respect Shah Rukh's religion but that doesn't mean that I would convert and become a Muslim. I don't believe in that. I think everybody is an individual and follow their religion. But, obviously there should be no disrespect. Like Shah Rukh would not disrespect my religion as well." (Also Read: Shah Rukh Khan And Gauri Khan's 18 Crore Worth Villa In Dubai Is What 'Live Life, King Size' Means) 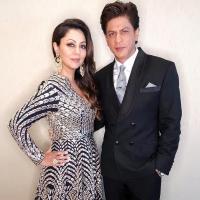 Of all the on-screen roles that Shah Rukh has performed in his career, we love his off-screen role with Gauri the most!