Ananya Panday is one of the popular star kids. Even before she could land up in movies, she was famous on the internet. Here are times when she fell into the 'controversy trap' for her comments.

Ananya Panday, born on October 30, 1998, to Bollywood actor, Chunky Pandey, and his wife, Bhavana Pandey, stepped into Bollywood with the movie, Student of the Year 2. She enjoys a good amount of social media followers, and ever since she has debuted in the Hindi film industry, she has been in the headlines. Be it for her fashion statements or movie releases, or her controversial comments, the actress has been all over.

On October 30, 2021, Ananya Panday turned 23. Even though she has huge popularity, her flaky comments sometimes land her in trouble. Here are a few times when the actress grabbed headlines, from commenting on controversial statements to getting linked up with rumoured boyfriends. Check out!

Also Read: 15 Bollywood Celebrities, Who Dumped Their Partners After They Became Famous Stars

A few years back, Ananya Panday had once opened up about nepotism in a group conversation with other newbie actors, including Sara Ali Khan, Siddhant Chaturvedi and others, and had said that the star kids also have to struggle to be in the film race. She had said:

"My dad has never been in a Dharma film, he never went on Koffee with Karan. So it's not as easy as people say. Everyone has their own journey and their own struggle."

While Siddhant garnered all the appreciation from netizens, Ananya landed up getting trolled. Once while promoting her movie, Ananya Panday had said that she was all set to join the University of Southern California to study further but, skipped on it as she wanted to pursue acting. Later, one of her alleged schoolmates had exposed that the actress was lying about her admission. The actress then got mercilessly trolled but, she held her head high. Shutting all of those backlashes, she had posted a picture on her IG handle with a caption, proving her admission to USC. The caption could be read as:

When Ananya and Kartik's film, Pati, Patni Aur Woh got released, a rumour was spreading like a wildfire that Ananya and Kartik were dating. Addressing the same, Ananya in an interview with the Hindustan Times said that she doesn't care about those speculations as they mean nothing to her. She had even stated that she would do what she likes. She had said:

"Kartik and I share a great bond and that is evident in the chemistry in the film." 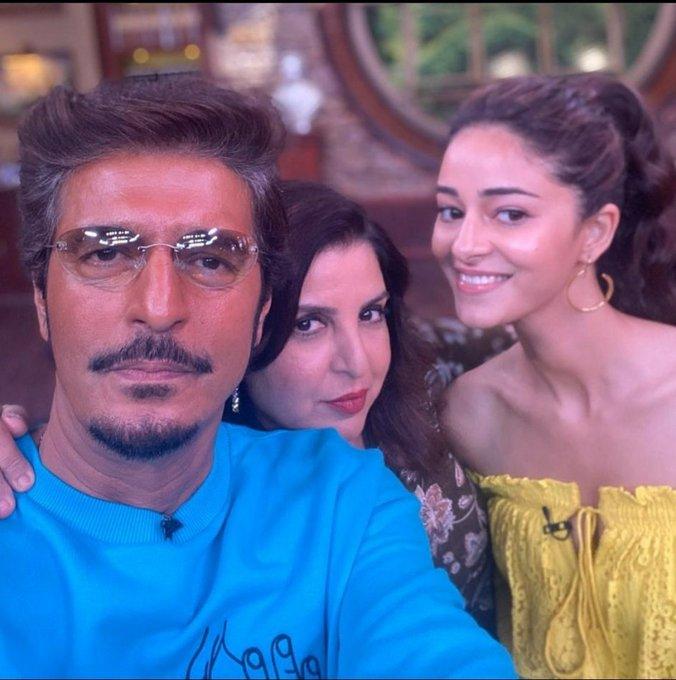 Ananya is daddy's little girl, and the actress often shares pictures with her dad, Chunky Pandey on her social media handles. This one time, she had taken to her Twitter handle to post a photo with her father, Chunky, along with Farah Khan, and had captioned it as, "Posing with Tony Stark and the hottest principal EVER!!!" The actress then got trolled mercilessly by the netizens in her post's comment section.

In the Netflix series, Fabulous Lives of Bollywood Wives, Ananya Panday has a special appearance where she repeated a line from Keeping Up With The Kardashians. She said:

“I have grown up around you and papa abusing. When I was young, I thought my name was F**k because you all used to say it".

Soon, the netizens had pointed out that this statement has been used by Khloe Kardashian, a supermodel and one of the sisters of the Kardashian clan, who featured in the reality series, Keeping Up With The Kardashians. Later, the actress too had admitted on Arbaaz Khan's chat show, Quick Heal Pinch, that she gave credit to Khloe. She had said:

“I never pretended those were my words. I am giving all credit to Khloe for that line." 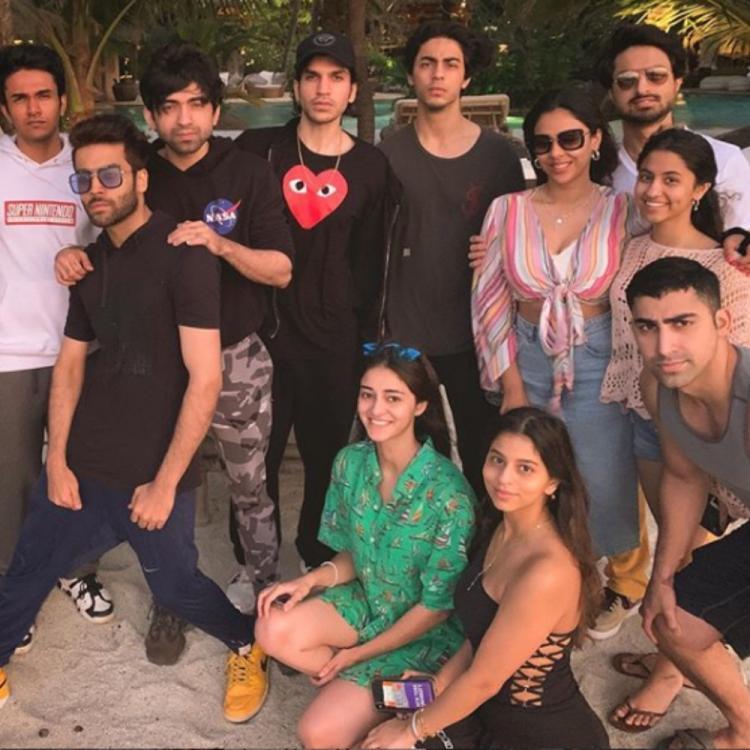 Ananya and Shah Rukh Khan's daughter, Suhana Khan are best friends since childhood. There have been a few speculations that Ananya and SRK's elder son, Aryan Khan were dating. Once in a conversation, Ananya was asked about Aryan's hidden talent, when the actress had mentioned:

The recent Mumbai cruise drug controversy, that got Aryan Khan in big trouble, also trapped Ananya in it. Ananya and Aryan have been friends since their childhood. Based on some WhatsApp chats between Ananya and Aryan, Narcotics Control Bureau (NCB) had summoned the actress and had asked a few questions regarding consuming and supplying drugs. But, the actress had denied all the allegations.

On the work front, Ananya Panday will be next seen with Vijay Deverakonda in the film, Liger.

Don't Miss: Bollywood Star Kids Who Use Both Of Their Parents' Names, Smashing The Patriarchy