Hardly three months have passed since the only daughter of Mukesh Ambani and Nita Ambani, Isha Ambani got married to Anand Piramal and we still haven’t gotten over the extravaganza that the Ambanis had spent on her wedding! But looks like the Ambanis will give you no scope to reminisce about Isha’s wedding as her twin brother, Akash Ambani is getting married to his childhood sweetheart, Shloka Mehta tomorrow, March 09, 2019. (Do Read: Unseen Pictures From Shloka Mehta's Bachelorette Trip To Berlin With Her Besties, Checkout Inside)

After a series of pre-wedding festivities in both Switzerland and India, the families celebrated the mehendi and mala ceremony yesterday (March 07, 2019). We have already shared glimpses of the giant event with you, but one particular number which took our heart away was when Shloka was seated on the stage, with her mother and sisters, performing on Din Shagna Da for the soon-to-be-bride. Here’s a video of the same:

And today (March 08, 2019), the Ambanis are hosting a sangeet ceremony for the soon-to-be-weds and as per reports, Girls Like You band, Maroon 5 will be performing at their do. While we will share details about the same later, let us share with you, the first-ever pictures that have emerged from the venue. The guests have already started to come in at the bash and what we can decipher from the pictures, the ladies are seen donned in red and the gents in white, which makes us wonder if it is a white and red-themed party. Also, don’t miss the grandeur of the venue as you will not spot a single corner at the Jio Garden, Bandra, which isn’t decorated with flowers! While here are a few snapshots of the same, also check out a beautiful picture of Nita Ambani along with her daughter, Isha from one of their wedding functions: 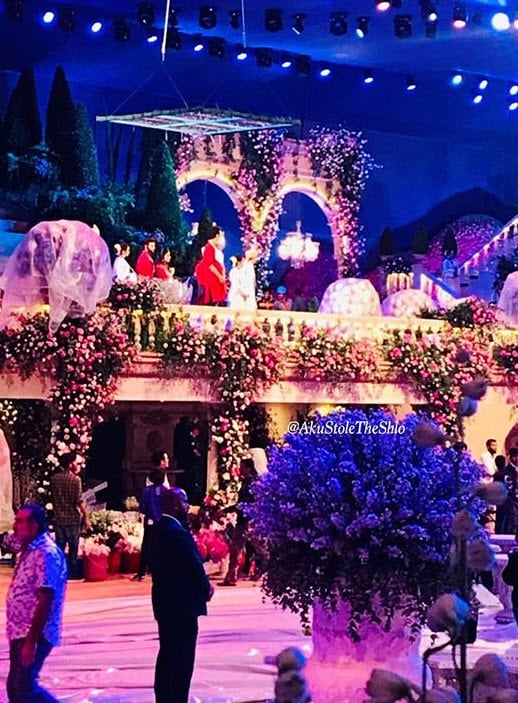 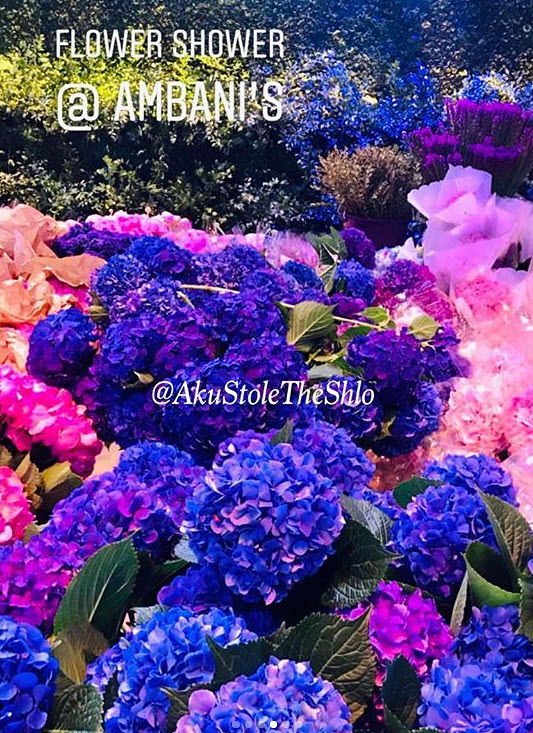 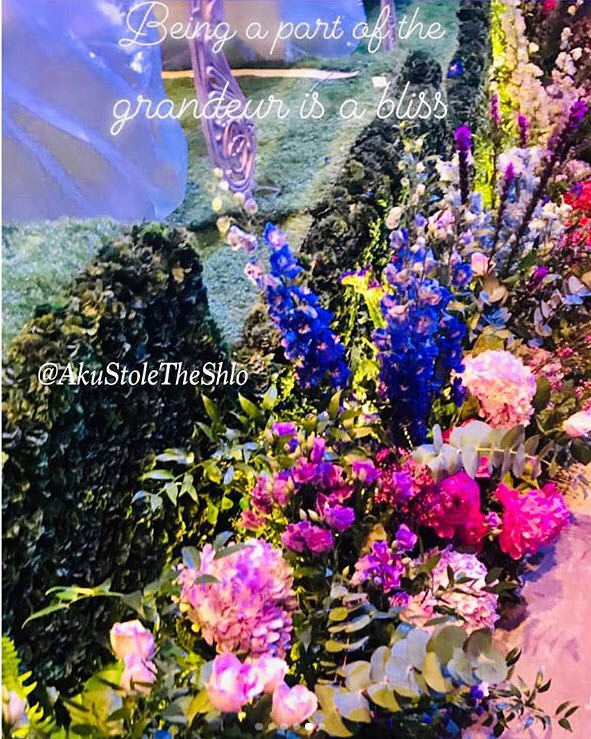 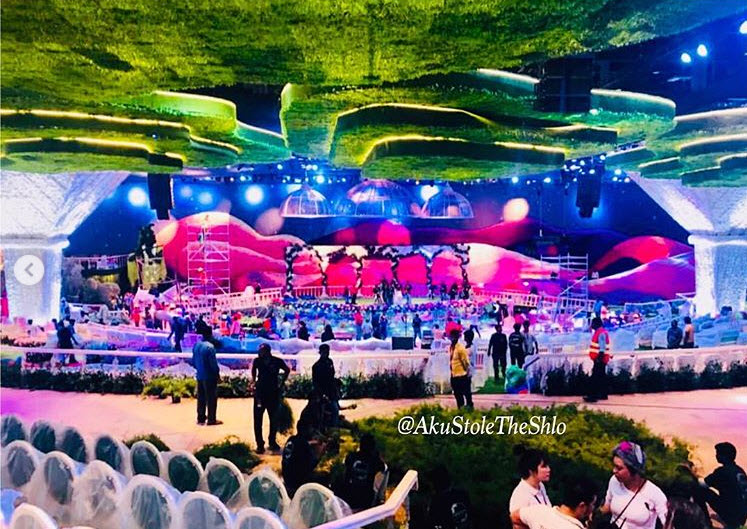 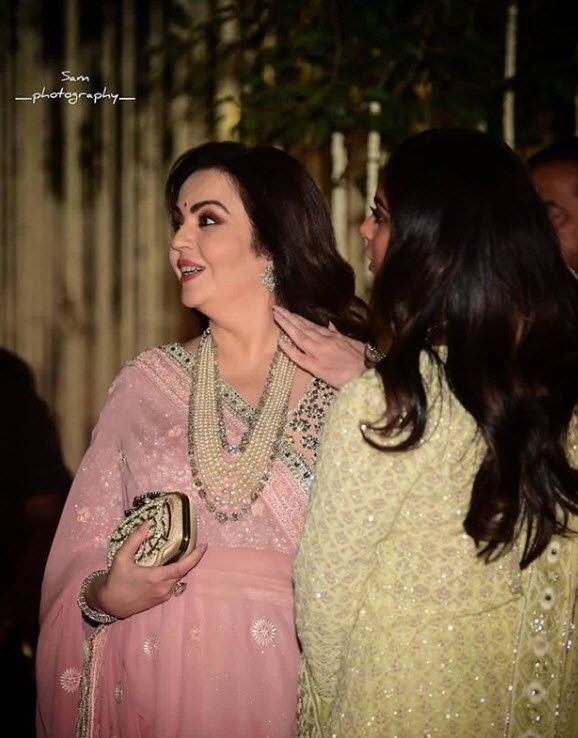 In case you missed, famous bands, Chainsmokers and Coldplay had performed at the couple’s pre-wedding bash in Switzerland. About inviting Maroon 5 for performing at their sangeet, a Mid-Day report quoted a source saying, “Since Shloka and Akash are both fans of Maroon 5, the family thought it fitting to have them perform for the couple at the sangeet that will be held on March 8. While Akash's favourite track is Sugar in which the band is seen gatecrashing weddings, Shloka loves Move Like Jagger.” (Must Read: Mukesh Ambani's Sweet Gesture For All The Mumbai Cops Ahead Of Akash And Shloka's Wedding) 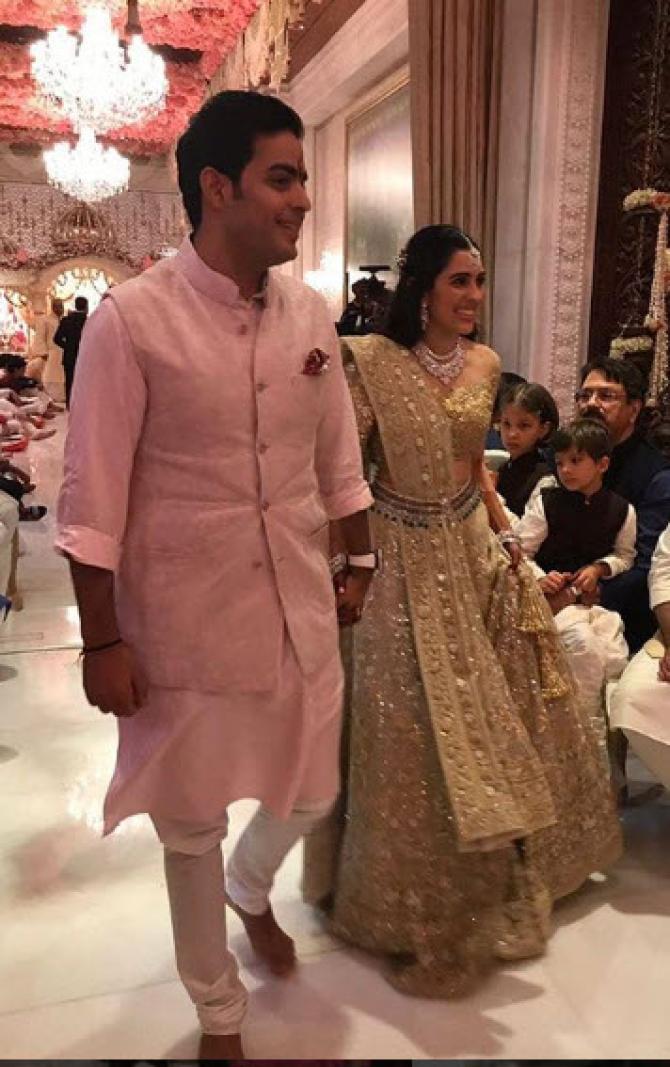 About Akash and Shloka’s complete wedding details, an India Today report stated, “The Mangal Baaraat will assemble at the Trident in Mumbai at 3.30pm on Saturday. From the Trident, the baaraatis are to leave for the Jio World Centre in Bandra Kurla Complex. A high tea will be hosted for the guests at Jio World Centre at 6.30pm on March 9. Akash and Shloka's wedding ceremony will take place at 7.30pm.” Apart from this, a wedding reception would be held on March 10, 2019, for people belonging to the world of business, Bollywood, politics and cricket. 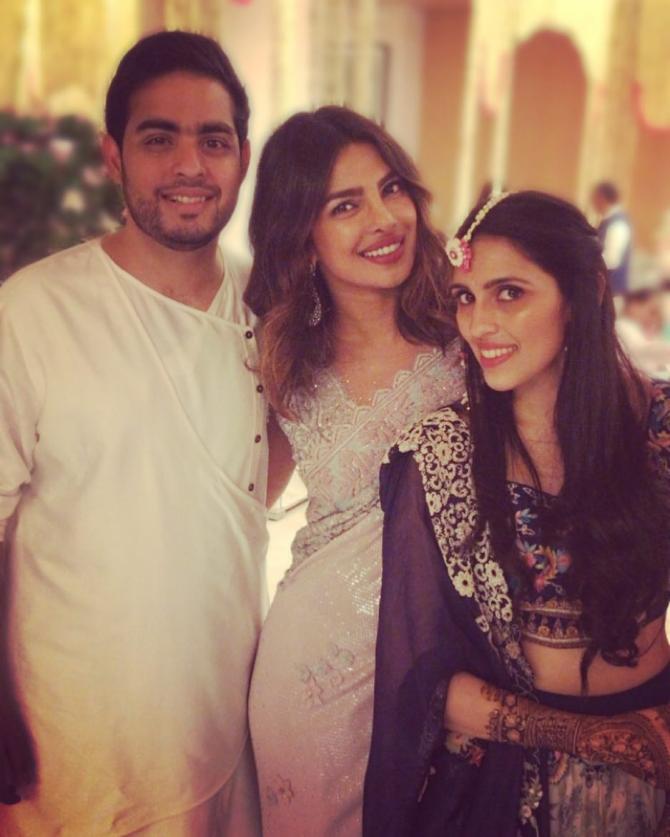 In an interview with an online portal, the to-be Ambani bahu had shared, “Despite years and busy schedules, we have always found ways to stay connected. Akash is incredibly grounded, and we share a bond based on meaning and memories. We don't just get along - we also support each other's hopes and aspirations and are determined to build a sense of purpose into our lives together. We are lucky to have a love that began with being best friends and luckier still to have such supportive families”. (Next Read: Isha Ambani-Anand Piramal Dazzle In Their Outfits On Akash-Shloka's Mehendi, Pictures Inside) While Akash had shared, “I am truly happy that our friendship has blossomed into love and Shloka and I are getting married, she is a truly special and extremely kind-hearted person”. In another interview with a leading media portal, Nita Ambani, post-Akash and Shloka’s proposal had said, “I have known Shloka since she was four and we are all delighted to welcome her to our home and our hearts”. A source close to the family had revealed, “Shloka is a very charming girl, extremely cultured and it’s difficult to say which of the two families is lucky with this upcoming marriage”.