Alia Bhatt-Ranbir Kapoor, Priyanka Chopra-Nick Jonas amongst others, it has been a year for celeb marriages and romance in B-town. One of Bollywood’s alleged hottest ‘pair’, Farhan Akhtar and Shibani Dandekar are currently living their ‘dream’ moment with each other. Though they have been tight-lipped about their ‘brimming with love relationship’, the rumours of their dating has been doing the rounds for quite a while now. (Also Read: Farhan Akhtar And Shibani Dandekar Are Hiking In Vancouver, Her Reaction Is So Funny)

And it turns out, there is no smoke without fire. In September, Shibani posted a loved-up picture of herself, holding someone’s hand, who is showing his back to the camera. While everyone assumed that ‘mystery man’ is Farhan Akhtar, he himself has now shared the same picture with a heart caption, making his relationship finally official... we think! 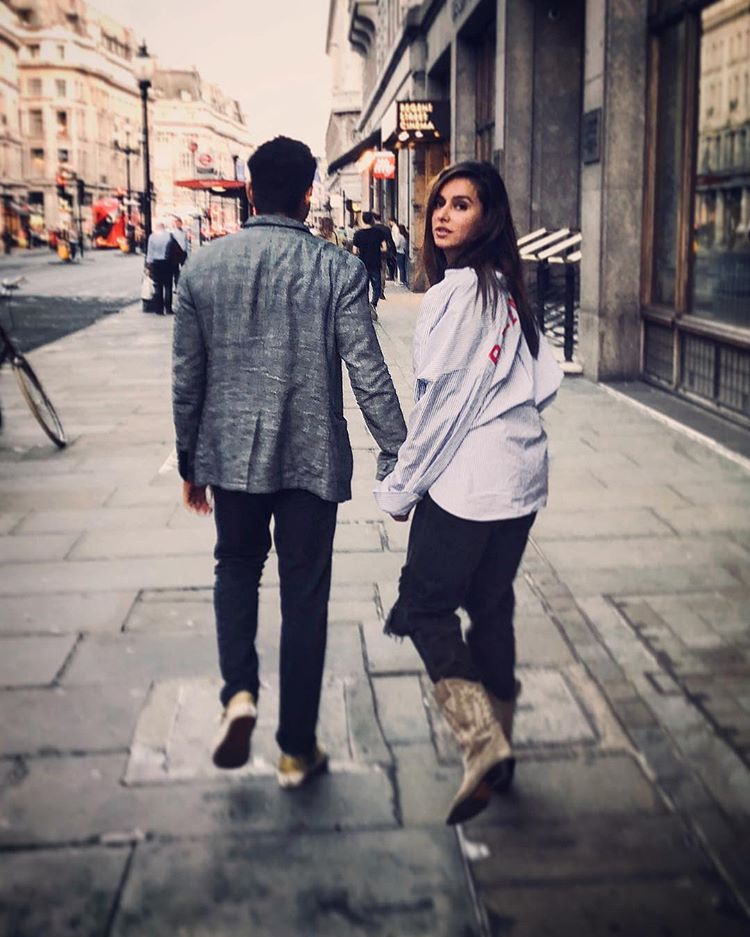 Just like the caption, Shibani and Farhan’s photograph hints of love. This picture was taken by one of their friends when Farhan was on his music tour called 'SELF Tour 2018' in the USA and Canada. And look who was touring along with him hand-in-hand! Didn’t you just go aww on this lovely couple? Although Farhan and Shibani tried to hide their relationship from the world, when it's out there, it's out there. And now, it’s confirmed! (Also Read: Farhan Akhtar's Ex-Wife Adhuna Finds Love Again At 50, In A Famous Actor's Brother)

On August 27, 2018, i.e. Shibani’s 38th birthday, the doting boyfriend made sure to make it special for her. Sharing an Insta story of Shibani relishing a yummylicious dessert, Farhan wrote, “Happy birthday Shibani Dandekar" backed up by kiss emojis, atop the picture. Shibani shared the same on her Insta story, and wrote, “Thank you @faroutakhtar”. As the #MeToo movement is spreading like wildfire in India, Farhan Akhtar’s cousin Sajid Khan has been accused of sexual harassment. Amidst this, Twitteratis started blaming Sajid’s family saying that they knew about his wrongdoings and did nothing about it. Even Aisha fame, Amrita Puri tagged Sajid as ‘creep’ and tweeted, “It was fairly well known that @SimplySajidK is a creep and is completely inappropriate as far as his conduct with women goes. I was warned to stay away from him if I ever came across him. I refuse to believe that it has come as a surprise to ppl from the industry or his family." 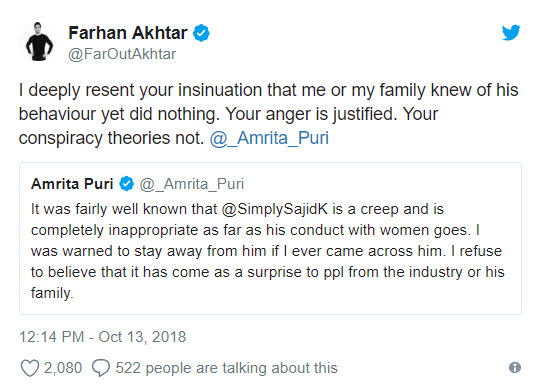 To which Farhan replied, “I deeply resent your insinuation that me or my family knew of his behaviour yet did nothing. Your anger is justified. Your conspiracy theories not. @_Amrita_Puri” In another tweet, Farhan condemned Sajid’s actions and wrote, "I cannot adequately stress how shocked, disappointed and heartbroken I am to read the stories about Sajid’s behaviour. I don’t know how but he will have to find a way to atone for his alleged actions." (Also Read: When Farhan Akhtar Commented On Ex-Wife Adhuna Bhabani's Instagram Pic With Her BF Nicolo Morea)

Shibani Dandekar came out in support of her boyfriend, Farhan and tweeted, "Instead of holding the culprit responsible for gross misconduct are we really blaming and shaming family members for not knowing???? really??" Also reacting to several naysayers who believe that Farhan must be aware of Sajid’s behaviour, here are a few screenshots of Shibani’s reply. 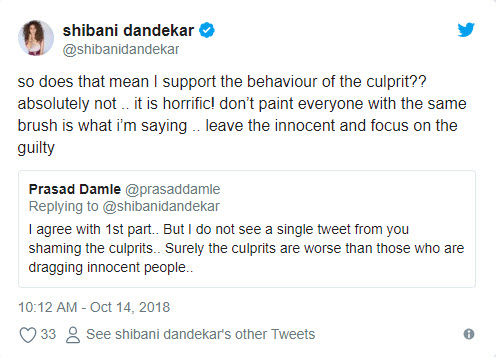 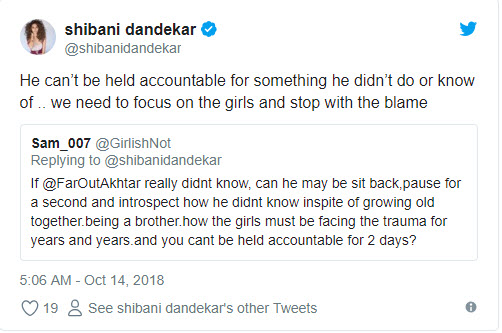 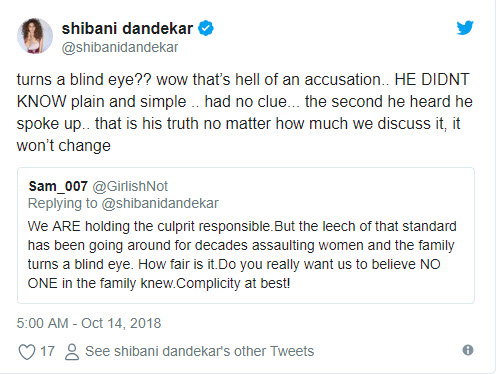 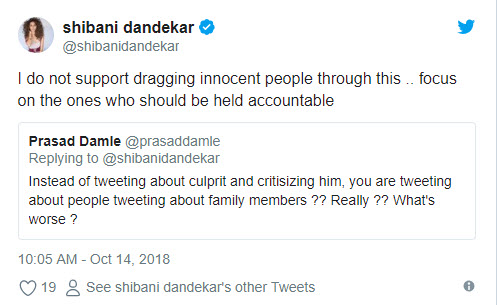 Farhan and Shibani met each other for the first time on the sets of a TV show, I Can Do That in the year 2015. And as per the reports, they have been dating each other for six months now. Recently, the lovebirds were enjoying their love for travel on a trek in Vancouver. In one of the pictures shared by Farhan of weary Shibani, as his Instagram story and wrote, “Damn you @faroutakhtar” atop it. Take a look here: 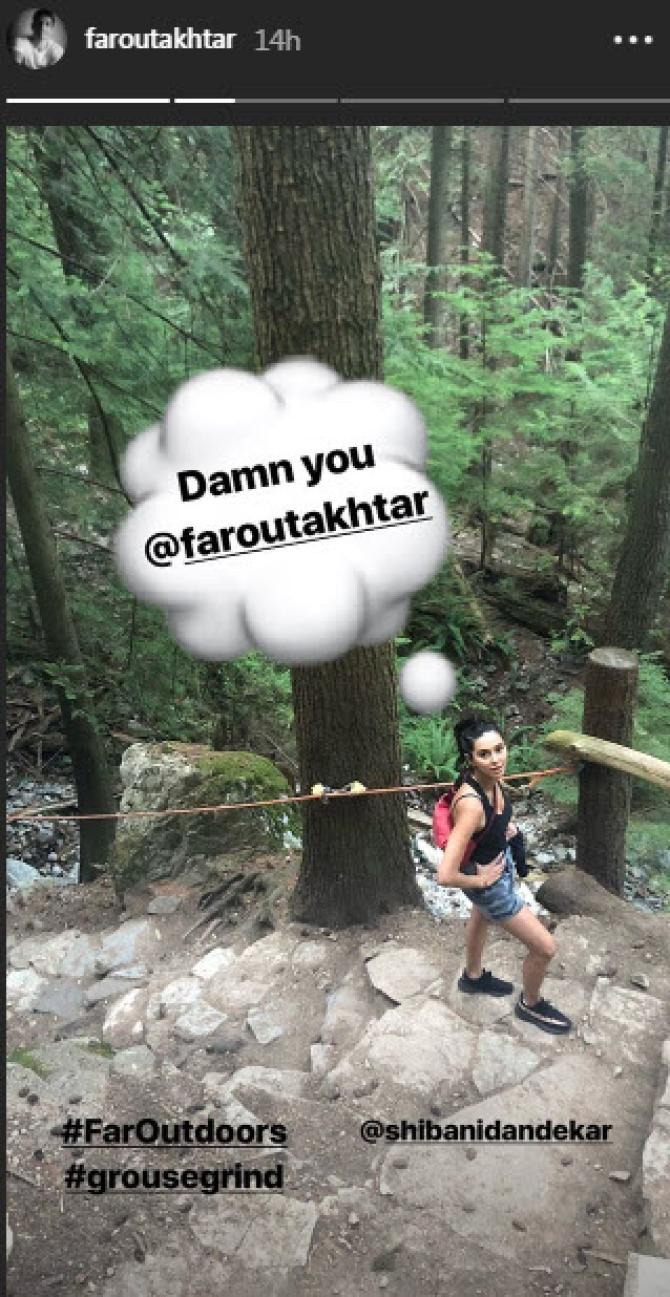 It is indeed the year of love! What do you guys think? Drop us a comment below. The five-time National Film Award winner, Javed Akhtar, is known as the Hindi film industry's first screenwriter alongside his partner, Salim Khan. Their iconic duo 'Salim-Javed' had bought a revolution that had played a major role in uplifting cinema across India. Apart from his success as a screenwriter, Javed Akhtar