Farhan Akhtar shared a glimpse from his bachelor party with his friends on his Instagram handle ahead of his wedding with Shibani Dandekar. Details inside!

Farhan Akhtar and Shibani Dandekar's wedding is one of the most buzzed news in the media, and it's talk of the town right now. Farhan and Shibani have been dating for a while, and the couple is all set to take the plunge and get married. According to the reports, they will tie the knot on February 21, 2022.

For the unversed, Farhan Akhtar was previously married to Adhuna Bhabani. However, after his divorce, he had got into a relationship with the model-actress Shibani Dandekar, and the couple had never kept their relationship under the wraps. 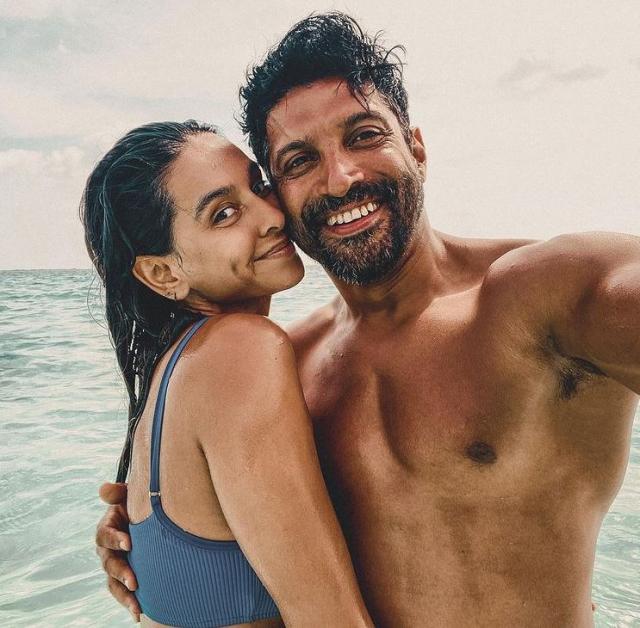 A few hours ago, Farhan Akhtar took to his Instagram handle and shared a picture from his bachelor party. However, what caught our attention was Shibani's special presence. In the picture, Farhan posed for the camera with his set of friends, including Shakeel Ladak and Ritesh Sidwani, and there we got a glimpse of Shibani Dandekar's face cut-out. Sharing the photo, he wrote:

"The boys are back in town #stagdaynightfever (with a dancing boy emoticon)." As soon as he shared the picture, his would-be-wife, Shibani Dandekar, dropped in his comment section and wrote pointing out to her mask:

"Um technically i’m there too (with a heart emoticon)."

On February 14, 2022, Farhan Akhtar had taken to his IG handle and had shared a hilarious picture with his ladylove, Shibani Dandekar. In the photo, the duo could be seen wearing each other's face masks, and Shibani, who had looked like Farhan, was holding a photo frame of their picture. Along with it, the Toofan actor had penned a funny caption to celebrate this special day of love. He had written:

"I've heard that couples start looking like each other eventually but this is a first.. Happy Valentines Day @shibanidandekar (with a couple of heart emoticons)."

Recommended Read: Rahul Vaidya Wants A Baby With Disha Parmar, Gets A Hilarious Reply From Her, Shares Baby Plans In an interview with the Bombay Times, Javed Akhtar had opened up about his son's marriage and had shared that it would be a simple wedding affair. It would take place at Javed Akhtar's family home in Khandala. They will be having a few guests attending their wedding, keeping the COVID-19 protocols. The doting father had said:

"Yes, the wedding is taking place. Rest, shaadi ki jo taiyyariyan hain that is being taken care of by the wedding planners.” The would-be father-in-law had even praised his bahu-to-be, and had lauded Shibani with good words. Talking about the guest list and the intimate ceremony, Javed Akhtar had shared in the same interview:

"Taking the situation into consideration it is obvious that we cannot host anything on a large scale. So, we are only calling a few people. It will be a very simple affair. Khair abhi tak toh invitations bhi nahi bheje gaye hai. She is a very nice girl. All of us like her very much. The most important thing is that Farhan and she get along very well, which is great." 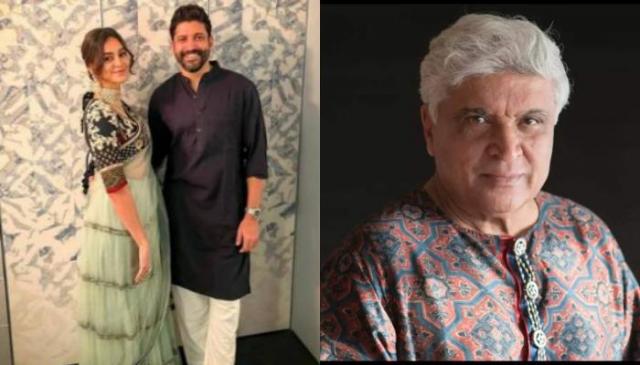 Farhan Akhtar's post is way too hilarious. What do you think?