Arjun Kapoor and Malaika Arora enjoyed a surreal courtyard date on Valentine's day, customised according to them. Check out the pictures inside!

We all want to be with someone, who understands us and can read between the lines or know the unsaid words. Arjun Kapoor and Malaika Arora are blessed to have found one another as they totally know how to cheer and stand for one another through thick and thin. They are like long lost soulmates, who took their time to meet but are now inseparable. While we brag about Arjun and Malaika’s love for one another, their Valentine’s Day celebration has taken our jealousy to another level.

On February 14, 2022, to mark Valentine’s Day, Malaika Arora had shared a picture with her boyfriend, Arjun Kapoor on her IG handle. In the picture, Malaika was seen hugging Arjun peacefully, keeping her eyes closed. On the other hand, Arjun was seen planting a kiss on his ladylove's forehead. Arjun had opted for a black sleeveless t-shirt paired with grey pants, and Malaika had looked stunning in a white bralette paired with white shorts. Along with the picture, Malaika had written:

Also Read: Rahul Vaidya Wants A Baby With Disha Parmar, Gets A Hilarious Reply From Her, Shares Baby Plans Well, Arjun Kapoor and Malaika Arora’s Valentine’s Day was not restricted to wishes only as they celebrated the day with a romantic six-course dinner at a restaurant in Mumbai. Taking to her IG stories, Malaika shared some glimpses from their romantic dinner date. In one picture, Malaika posed under a chandelier with a floral background, and atop it wrote, “Thank you @theweddingchicks @delnazd @kamalmist for creating the most romantic and stunning evening for us.” She also shared a picture showcasing the customised décor with a mirror frame, which had a neon light saying ‘together forever’ placed in front of it, and the couple’s picture attached to it. 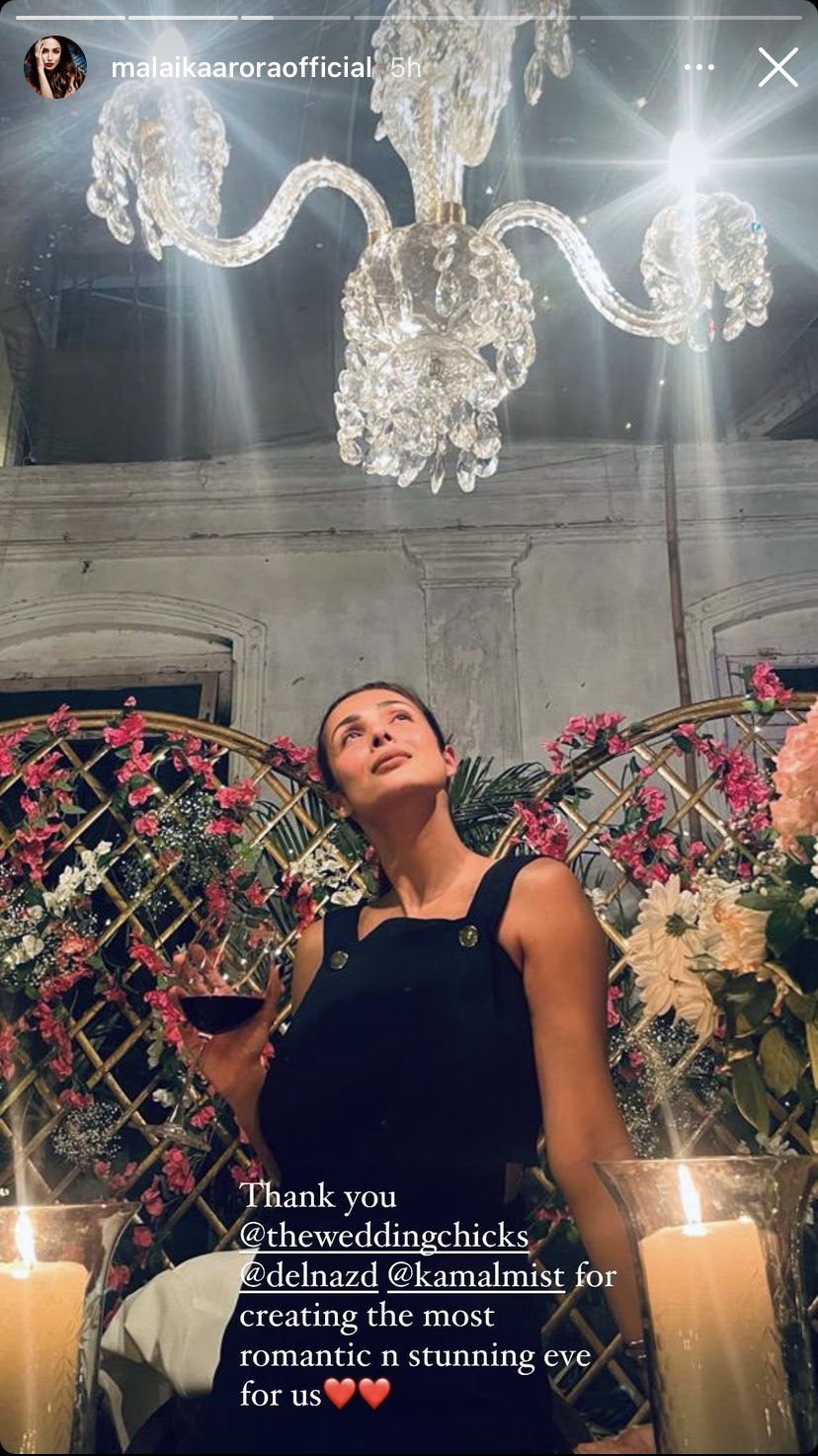 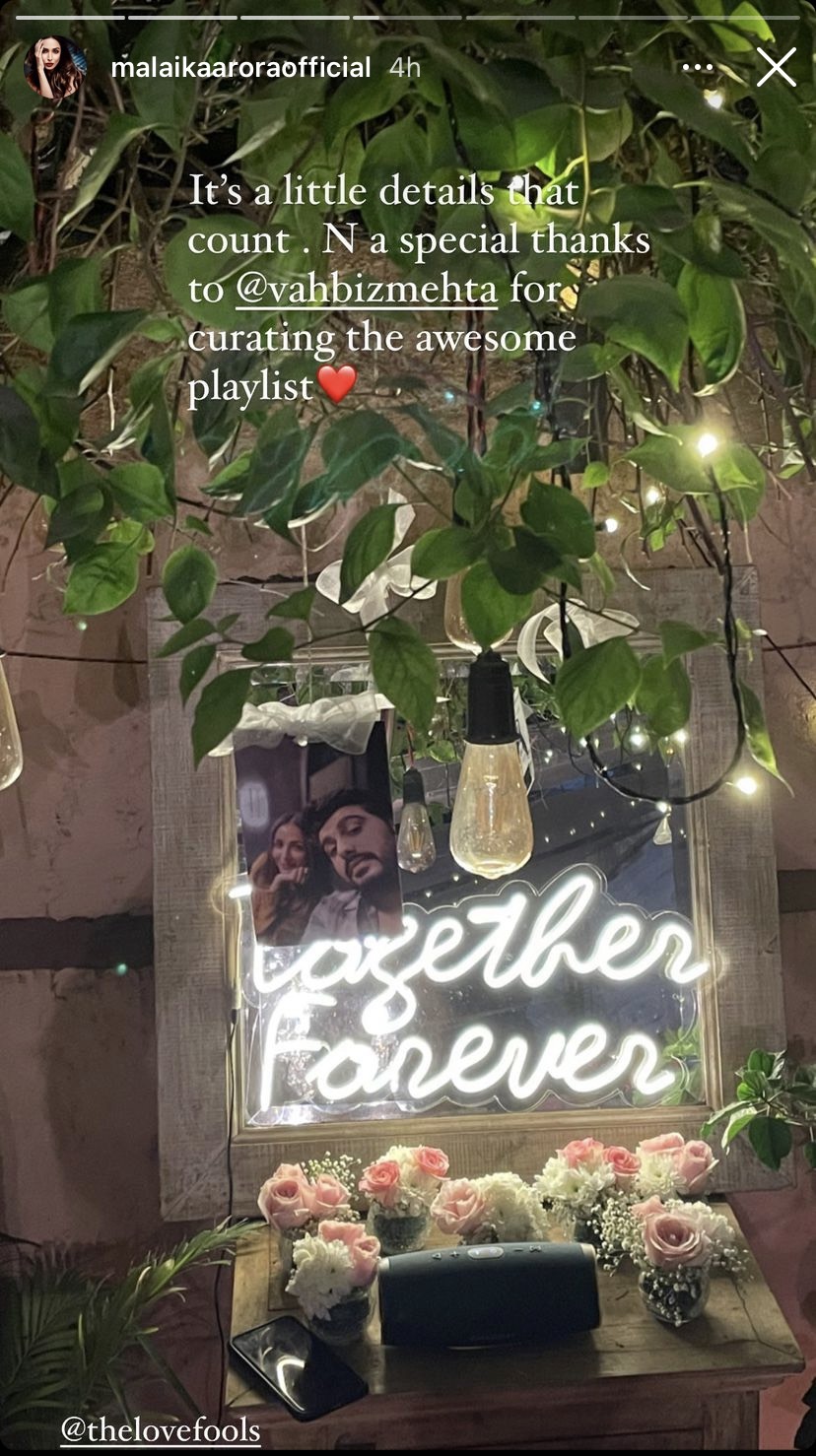 The restaurant, The LoveFools, also shared some pictures from Arjun Kapoor and Malaika Arora’s date in a courtyard. The page shared pictures and mentioned that the couple had a six-course meal specially curated for them, giving a surreal view of the decoration. The place was decorated with flowers, chandeliers, fairy lights and candles. They also shared a picture of Arjun and Malaika from their dinner date. 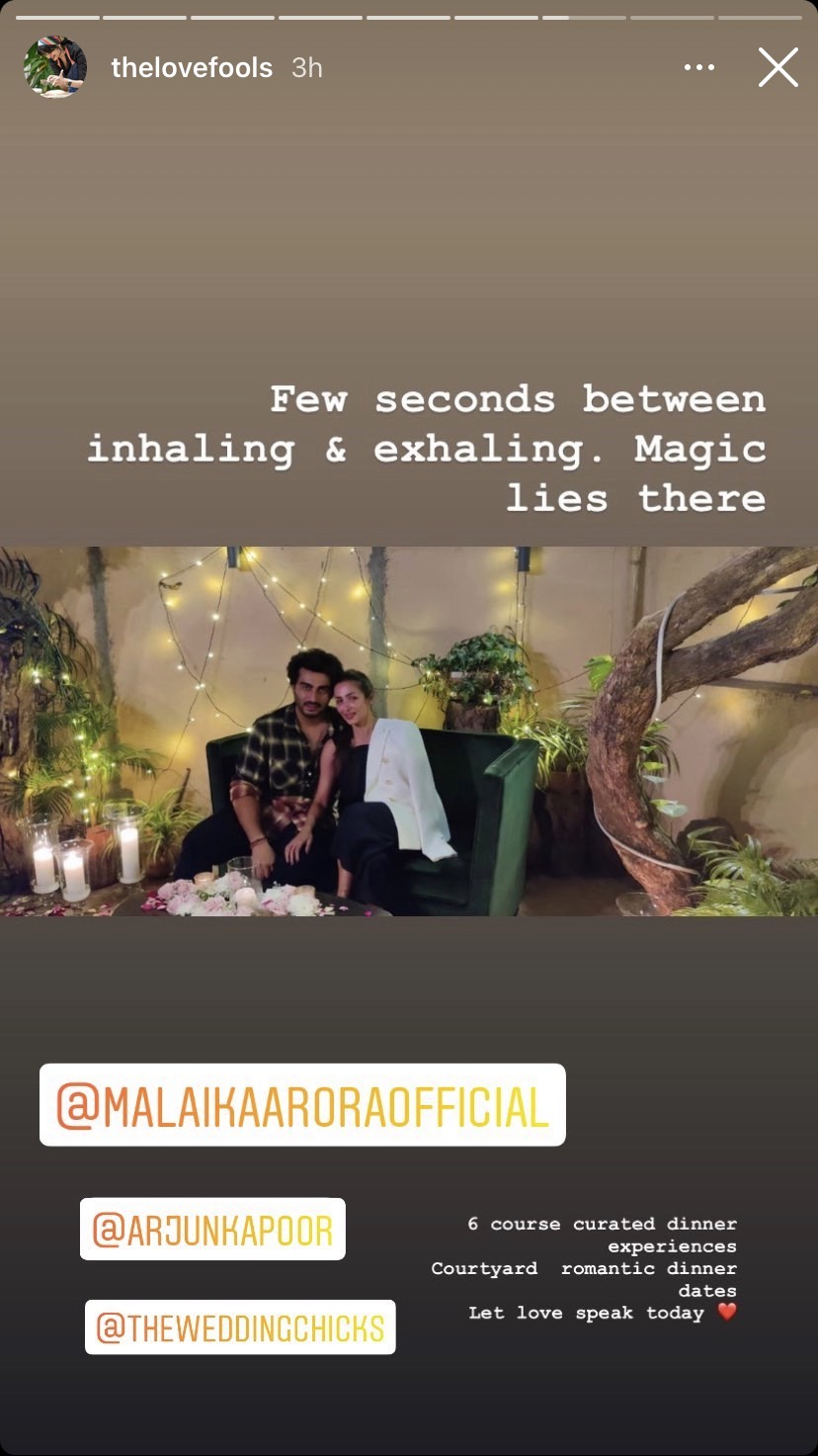 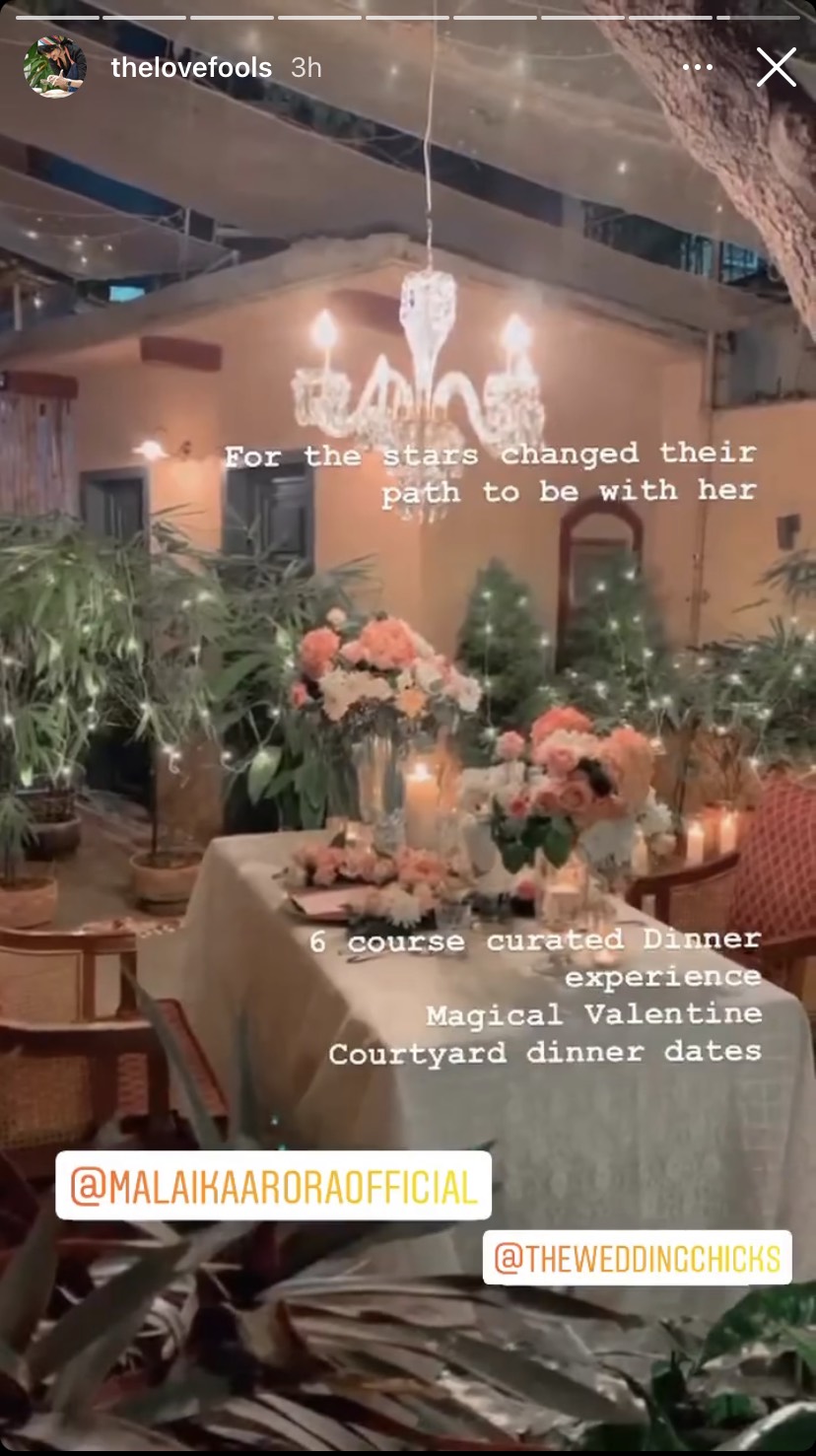 In January 2022, Malaika Arora and Arjun Kapoor's breakup reports had hit the headlines, making their life a mess. After several reports, Arjun had taken to his IG handle and had quashed all the rumours. On January 12, 2022, Arjun had posted a monochrome picture with his girlfriend, Malaika. In the photo, the couple was seen all decked up in their casual best as they had posed next to each other. Arjun had captioned the photo as: 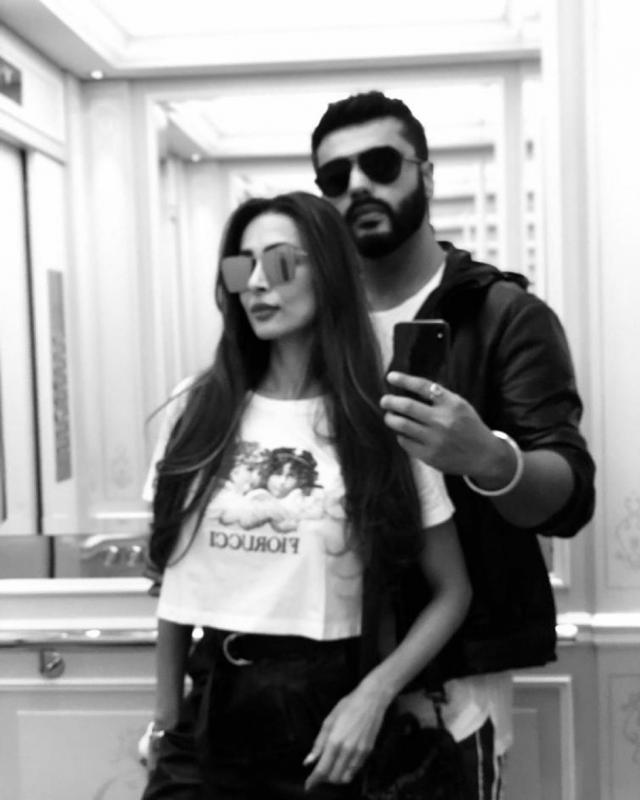 Arjun Kapoor and Malaika Arora’s relationship was the talk of the town even when they had kept it a secret. It was on Arjun’s 34th birthday on June 26, 2019, that Malaika had confirmed their relationship. She had shared a love-filled picture with Arjun from one of their vacations, and later, Arjun had revealed that she has his heart. On June 29, 2019, Arjun had shared a picture of Malaika on his Instagram stories. In the photo, Malaika could be seen hiding behind a big heart-shaped bag that she was holding. Atop the story, he had written:

“She has all my heart (literally).”